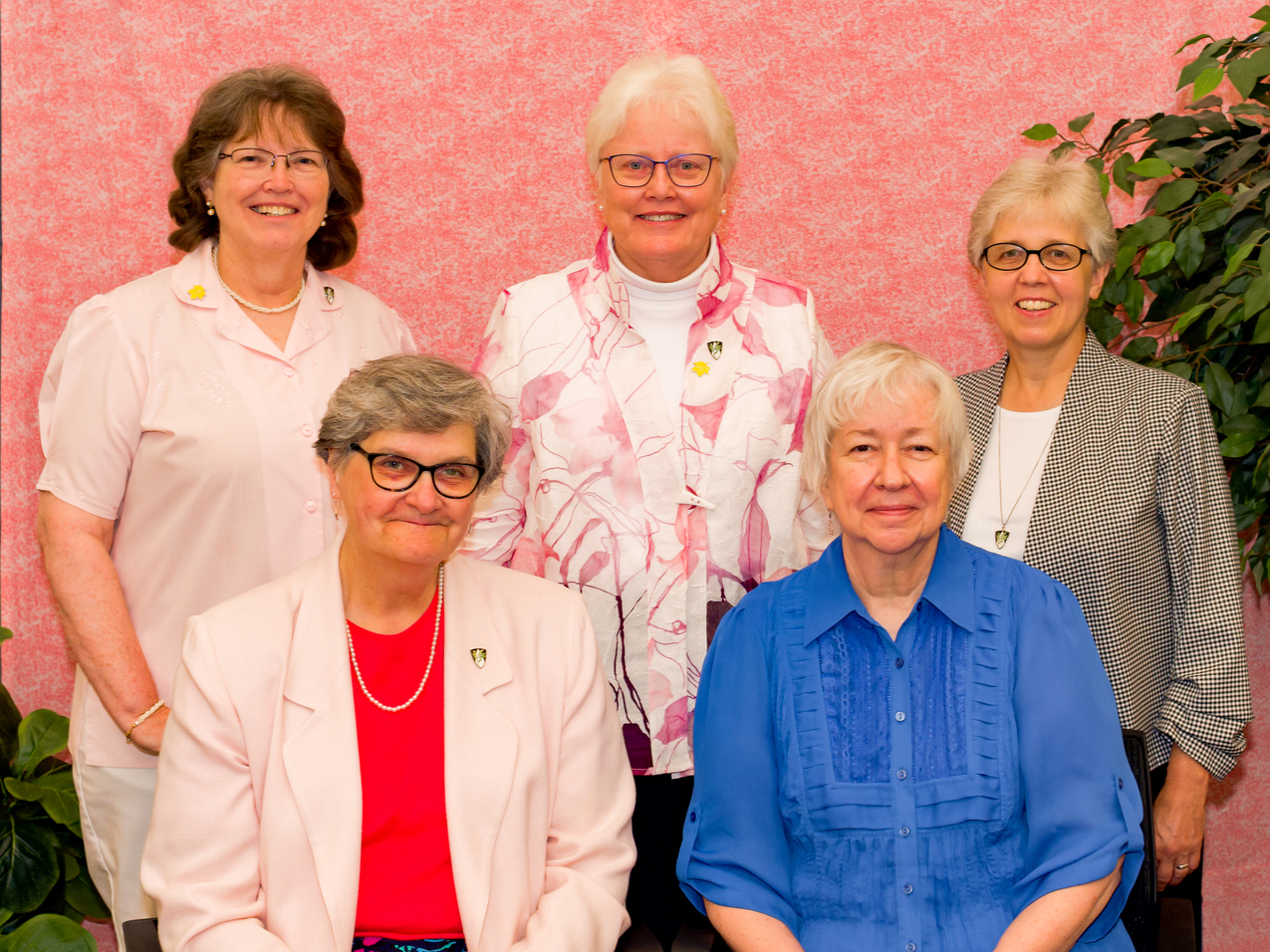 The Dominican Sisters of Peace, who have a motherhouse in Akron and are the founders of Our Lady of the Elms, formally installed their third leadership team in a ceremony on Aug. 7 at the Martin de Porres Center in Columbus, Ohio. The team was elected at the congregation’s Third General Chapter in April.

Our Lady of the Elms is the only all-girls, faith-based school for grades 1-12 with a coed preschool and kindergarten in the Diocese of Cleveland.

Sister Twohill served as the prioress of the congregation from 2015-2022. Prior to her leadership position with the congregation, she also served in vocation and formation ministry, in parish ministry, campus ministry and as an educator.

Sister Davis has extensive experience in spiritual direction and counseling, and has ministered as a credentialed alcoholism and substance abuse counselor. She has also had leadership positions with US Catholic Sisters Against Human Trafficking and the Interfaith Community of Schenectady, New York.