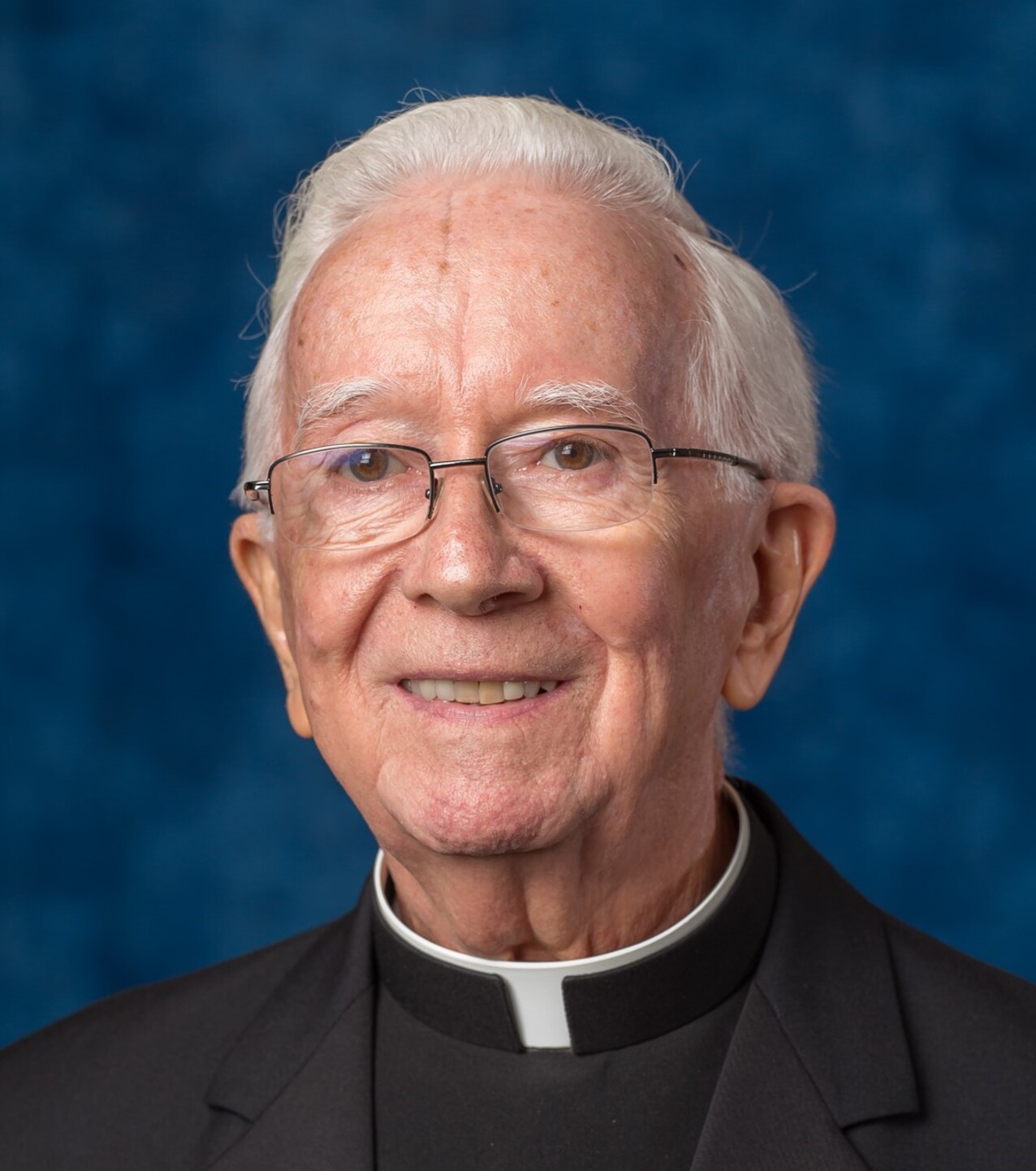 Father Philbin, 89, died on July 25 in Orange, California. He had been a professed member of the Society of Mary – the Marianists -- for 69 years.

Father Philbin was born on July 10, 1933 to the late John and Margaret (Bevins) Philbin in Akron.

He was educated at St. Vincent School and St. Vincent High School (now St. Vincent-St. Mary High School), both in Akron, and the University of Dayton. He began his seminary studies at Immaculate Conception Seminary in Huntington, New York in July 1971.

Father Philbin entered the novitiate at Marcy, New York in 1951 and professed his first vows as a Marianist on Dec. 28, 1952 and his perpetual vows on Aug. 15, 1956. He was ordained to the priesthood on Nov. 25, 1972. Father Philbin said he had known for years that he was interested in religious life. His principal arranged for him to meet with a Marianist recruiter during his senior year of high school and after that, he said he was certain he had found his calling.

Following a brief stint as a teacher and chaplain at St. James High School in Chester, Pennsylvania, Father Philbin was called to serve at Junipero Serra High School in Gardena, California for 13 years at a teacher, chaplain and eventually, principal. He also was director of the Marianist community at Serra for several years.

He later became Catholic chaplain at the University of California, Irvine, where he ministered daily to Filipino, Chinese, Japanese, Korean and Vietnamese students. This opened up new ministry possibilities for him. While working with the Vietnamese community in Southern California, Father Philbin was invited through the Diocese of Orange, California and the auxiliary bishop of Ho Chi Mihn City to teach first-year seminarians and young nuns at the Archdiocesan Pastoral Center in Ho Chi Mihn City. Beginning in 2000, he spent six months of each year in Vietnam for nearly two decades.

Troubled by the poverty he witnessed in Vietnam, Father Philbin also began fundraising among friends, associates and organizations in the United States to help fund improved medical care and educational opportunities for the poorest of the poor. He worked through a local organization to ensure the money was used for the greatest impact.

A longtime Marianist colleague recalled Father Philbin as “a very spiritual person as well as an excellent administrator. In his later years, he did a great amount of good among his Vietnamese students and seminarians. He was, in short, a very good priest.”