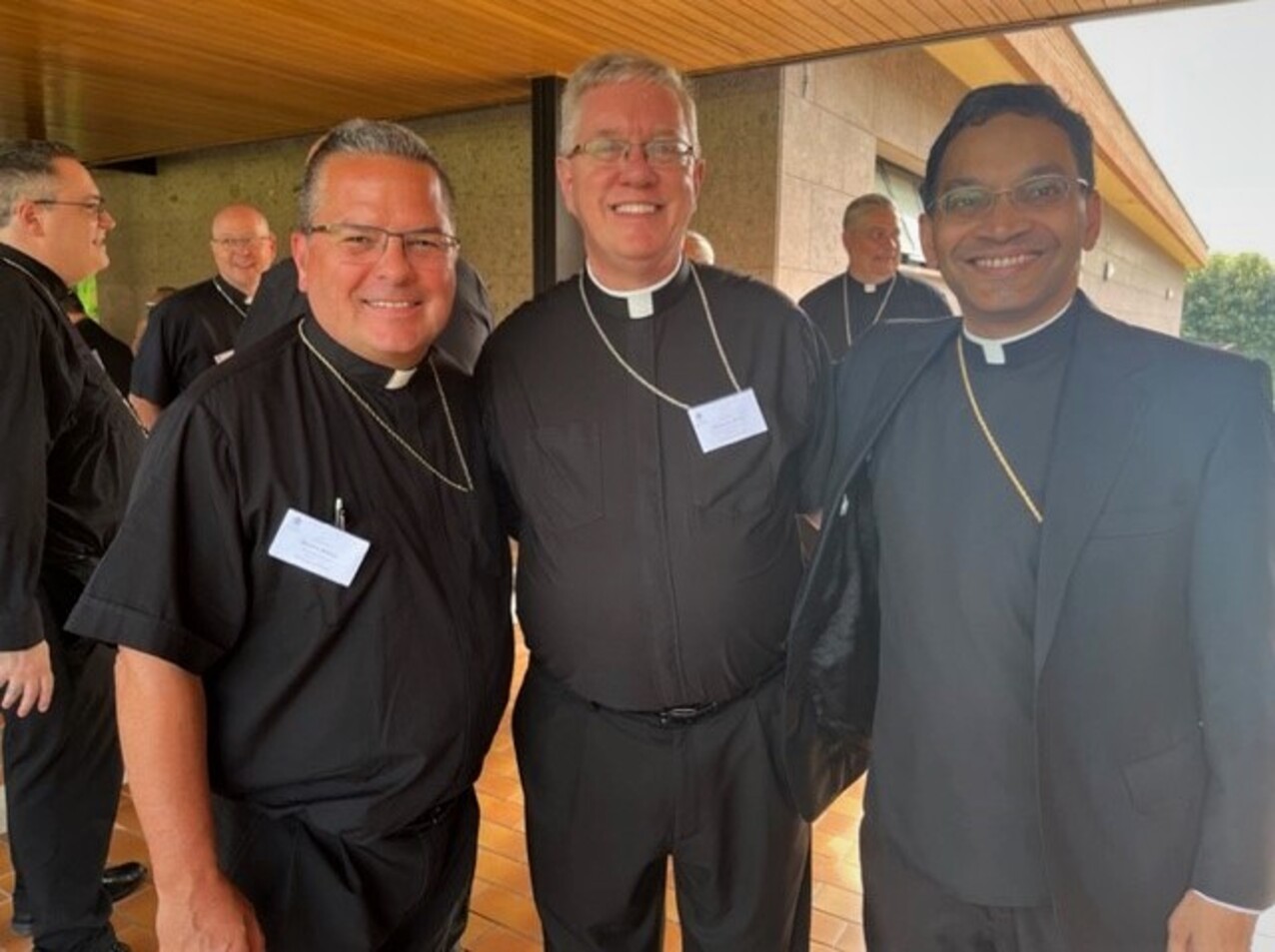 Newly ordained Auxiliary Bishop Michael Woost is in Rome attending the formation course for new bishops. As his time permits, he plans to send photos and regular updates on the program. Below is the third installment.

Greetings from Rome on Day 3 of new bishops’ school, Sept. 15, Our Lady of Sorrows.

Mercifully, today’s agenda was lighter than yesterday’s schedule. We began at 7:30 a.m. with Mass combined with Morning Prayer. Bishop Filippo Iannone, OC presided and preached at the Eucharistic liturgy. For the first time, Mass included the French language, along with Italian, Latin, Spanish, and English. Breakfast followed at 8:30 a.m.

Today’s theme: “The Two Priorities Indicated by the Pope in the Way of the Church: The Family and Universal Fraternity.” 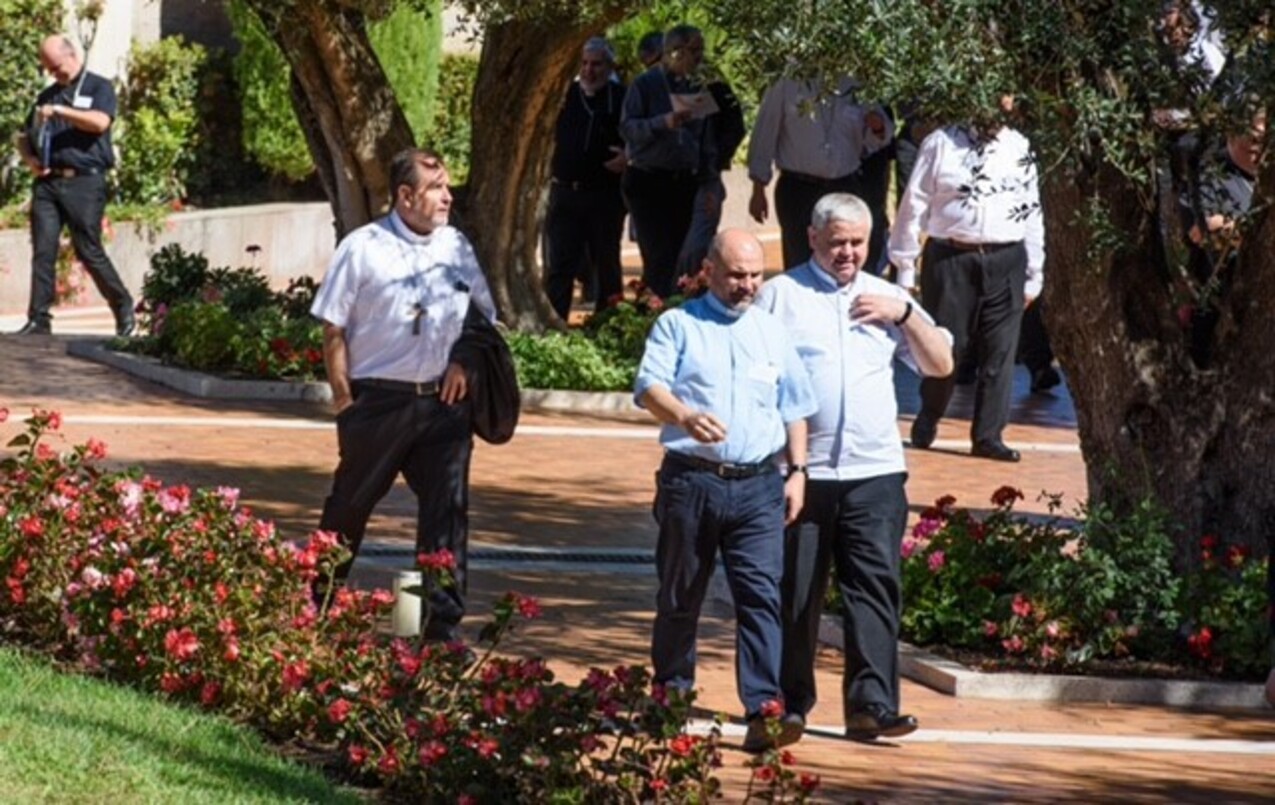 At 10 a.m., we gathered in the auditorium to listen to a panel presentation by members of the Dicastery for the Laity, Family and Life. The presenters included Cardinal Kevin Farrell, the cardinal prefect of the dicastery; Gabriella Gambino, the undersecretary for family and life; and Linda Ghisoni, the undersecretary for the lay faithful. They offered reflections on the “Synodal Implementation of the Exhortation Amoris Laetitia.”

Each presented some analysis of the current state of marriage and family life around the world and the challenges that the Church community faces as it acknowledges the realities of couples cohabitating before marriage, choosing not to be married sacramentally in the Church, the increasing numbers of broken marriages and families, the changing attitudes towards what constitutes a marriage, and so forth.

In light of the Church’s synodal process, they encouraged us to reach out to those who are alienated from the faith community due to the state of their marital relationships with the hope of creating a dialogue that would assist them on their faith journeys. They also emphasized the importance of formation for an authentic appreciation for human sexuality, Christian marriage, and a faith-filled family life. One of the efforts being pursued by the dicastery is the development of a catechumenal model for marriage preparation. In addition, they made us aware of catechetical resources developed by their dicastery and available on the internet. 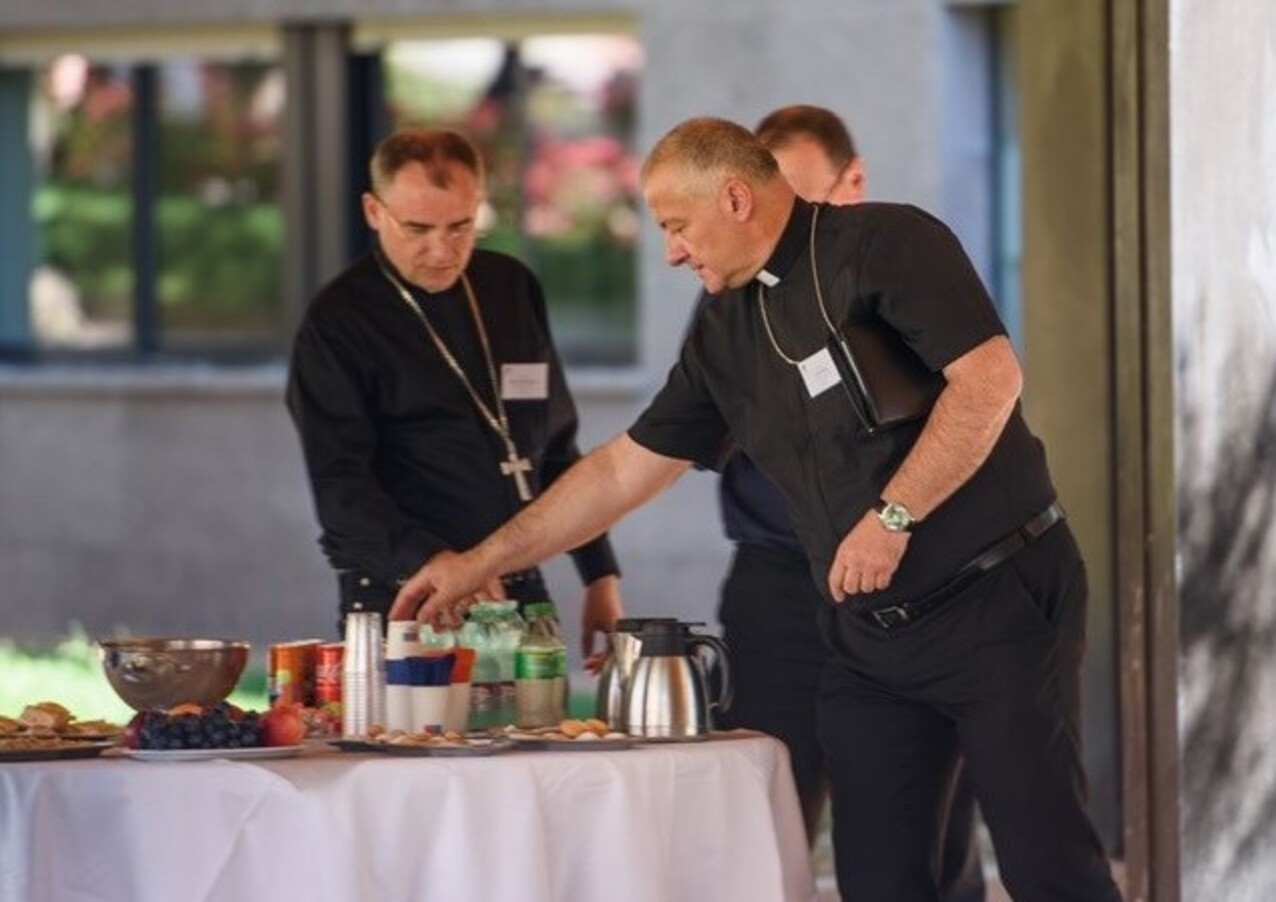 Their presentation was followed by a 30-minute break and then, a return to the auditorium for a 75-minute question and answer period. Again, it was fascinating to hear the questions of some of the bishops, especially those representing third world countries. The attitudes and challenges that they encounter surrounding marriage in society and the Church are not much different from what we experience in the United States and other first world nations.

At 1 p.m., we broke for lunch and then, a two-hour siesta. I have been using part of this time each day to write a portion of these daily entries.

We gathered again at 4 p.m. in chapel for Evening Prayer, after which representatives of the Dicastery for Promoting Integral Human Development presented on the “Synodal Implications of the Encyclical Fratelli tutti.” The presenters included Cardinal Michael Czerny, SJ, the cardinal prefect; Sister Alessandra Smerilli, FMA, the secretary; and a member of their legal support staff.

The presenters indicated that this dicastery serves to promote the full dignity of human persons and their ongoing development. Pope Francis formed the dicastery by combining four pontifical councils – Justice and Peace, Cor Unum, Pastoral Care of Migrants and Itinerant People and Health Care Workers.

The dicastery assists the pope and bishops by identifying and addressing the sufferings and needs of communities throughout the world. It deals with the global issues of ecology, economics, migration, health care, security and pastoral theology as a means of tackling these concerns as they impact the dignity of human persons. Their hope is to move the universal Church and local dioceses from dialogue and discernment to concrete actions. The presenters made it clear that synodality and Pope Francis’ encyclical envision all people viewing the world as our common home and seeking to develop greater communion so as to advance the dignity of all. This conference and conversation ended around 6:30 p.m.

For all the bishops from the United States, our day concluded with a trip to the Pontifical North American College, the Roman seminary supported by the United States Conference of Catholic Bishops. The faculty at the seminary invited us for a social and dinner. 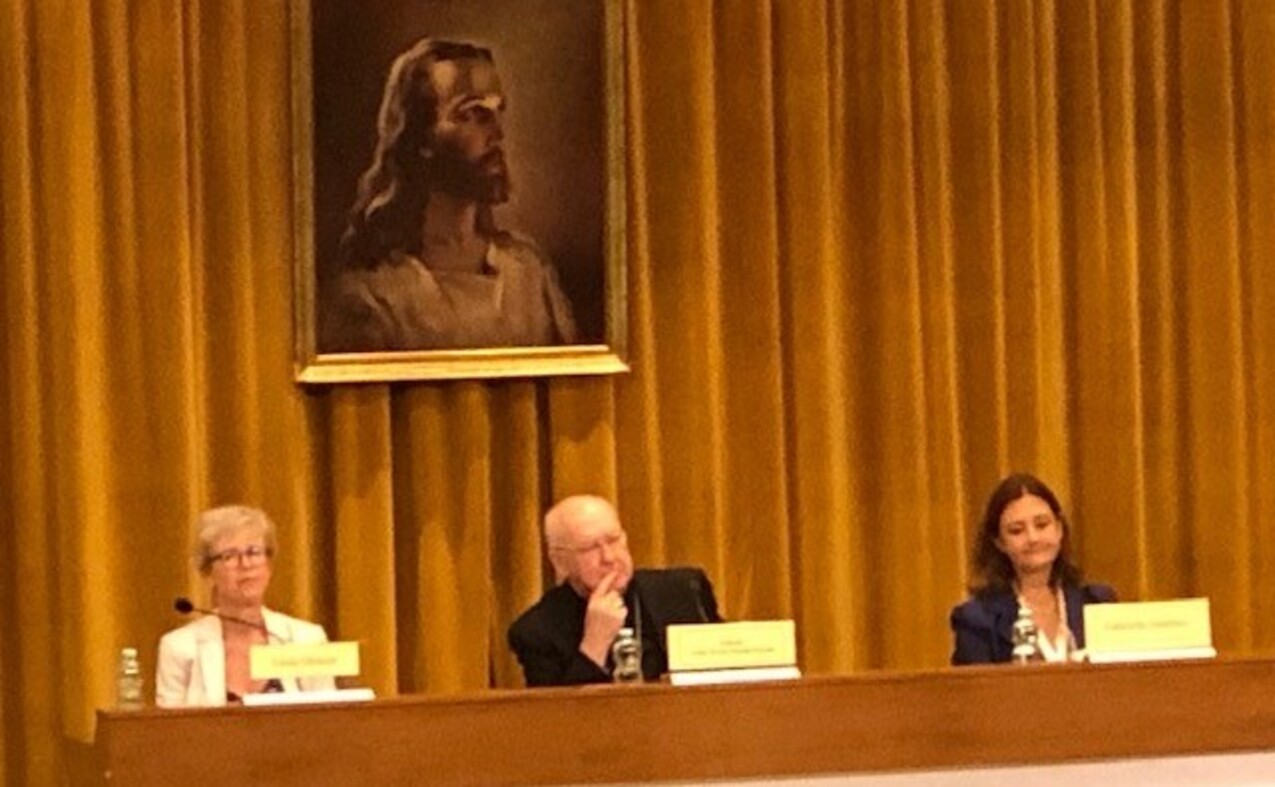 One of the highlights of my evening was meeting up with Father Joseph Workman, a priest of Cleveland, who is on a three-month sabbatical at the Institute for Continuing Theological Formation at the North American College. Father Workman is the pastor of St. Clement and St. James parishes in Lakewood.

In addition to a great meal, I had a lengthy conversation at table with the director of pastoral formation, Father Anthony Ligato, a priest of the Diocese of Albany, New York. I learned a great deal about the priestly formation program there and shared some insights about moving into a new ministry since he has only been at the NAC since mid-August.

Until tomorrow, know that I am keeping all of you in prayer and remembering our diocesan community in the celebration of the Eucharist here in Rome. On this feast of Our Lady of Sorrows, may Mary, the Mother of Jesus, intercede for you in prayer as all of us seek to deepen our relationship with her son.