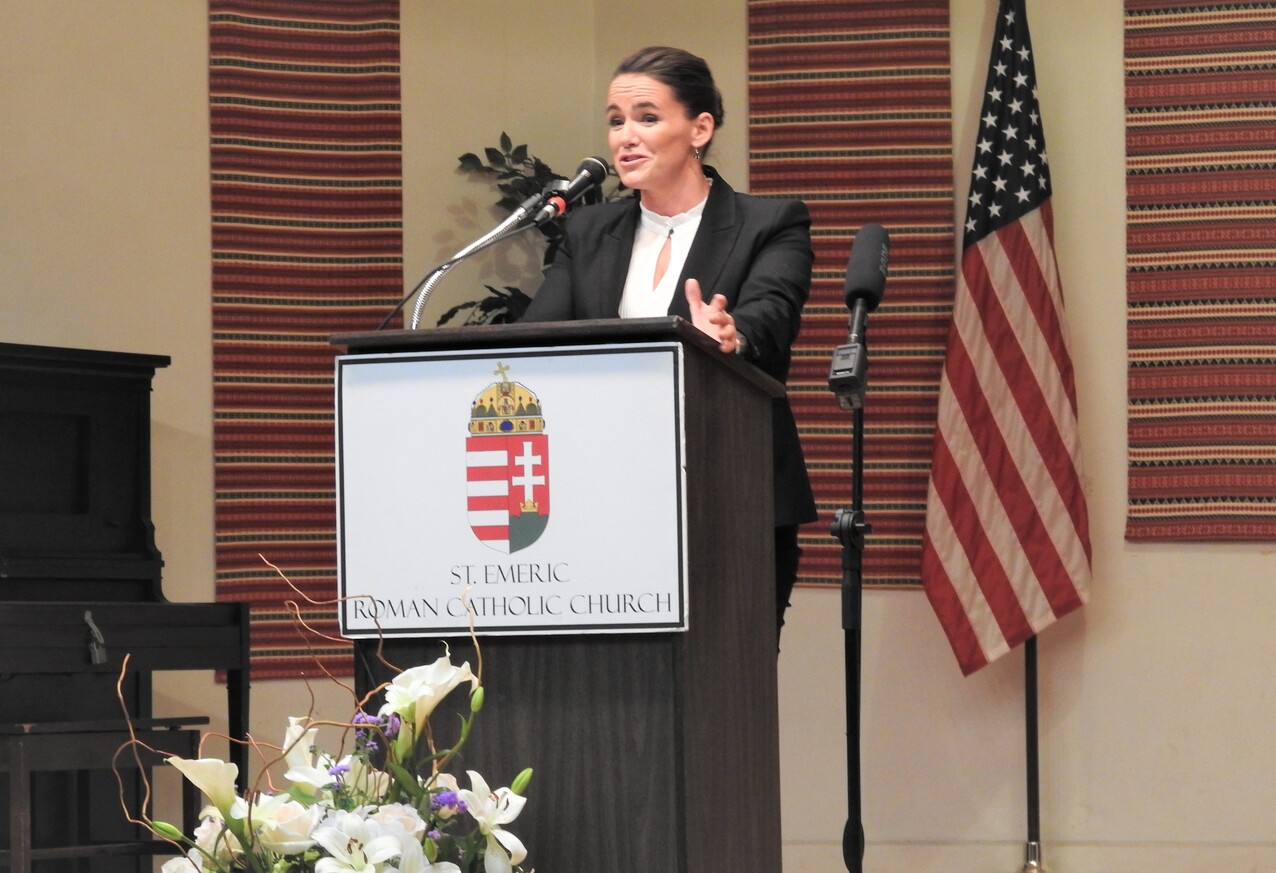 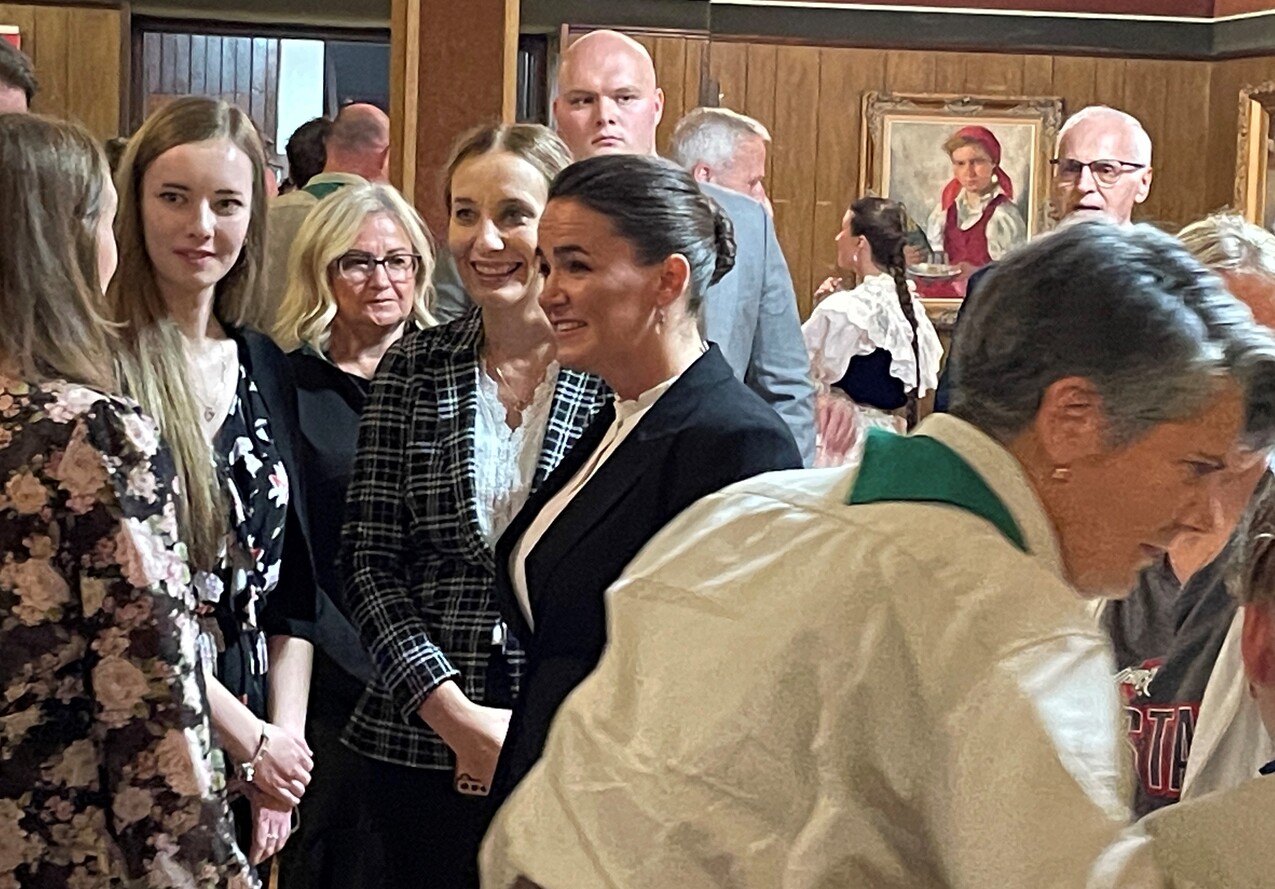 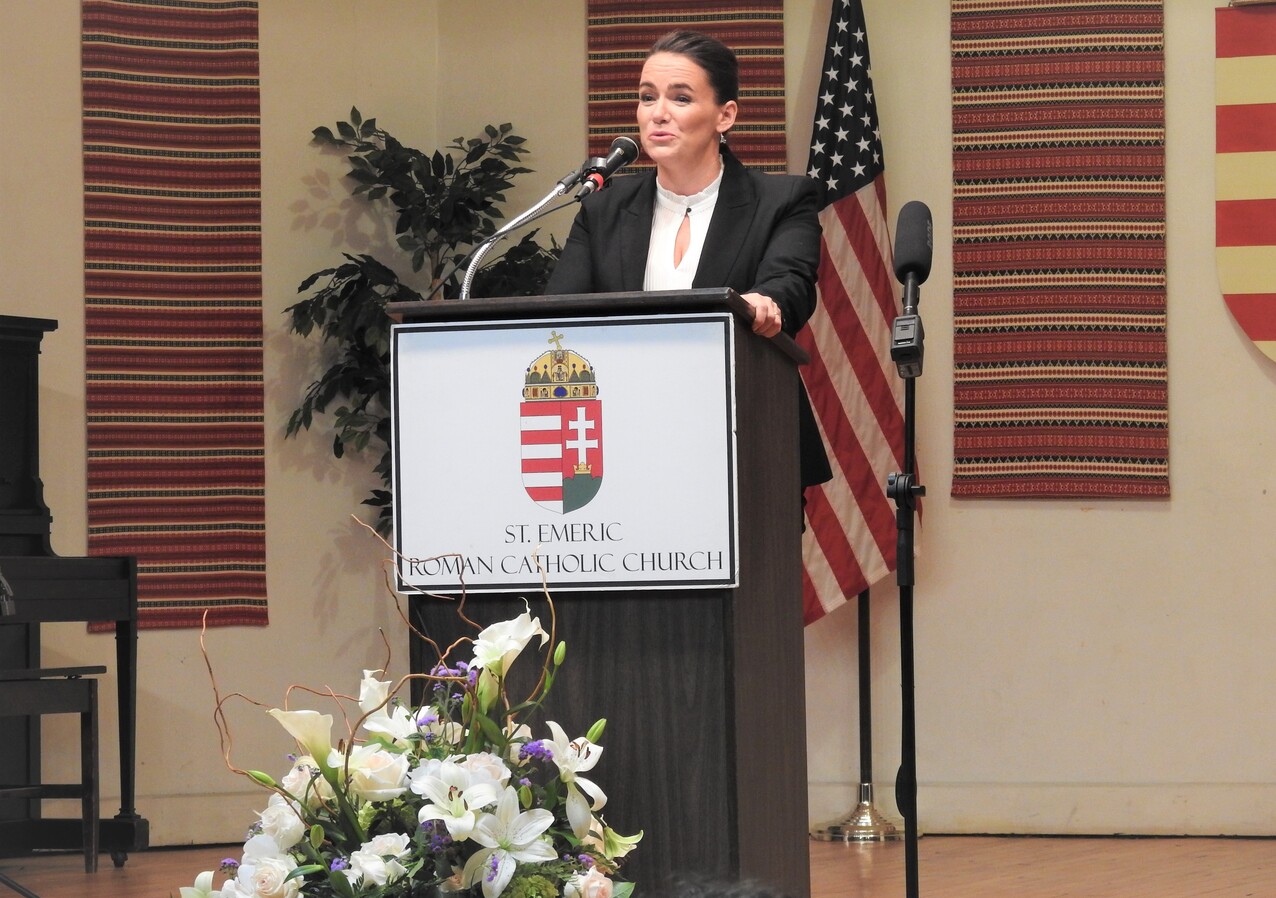 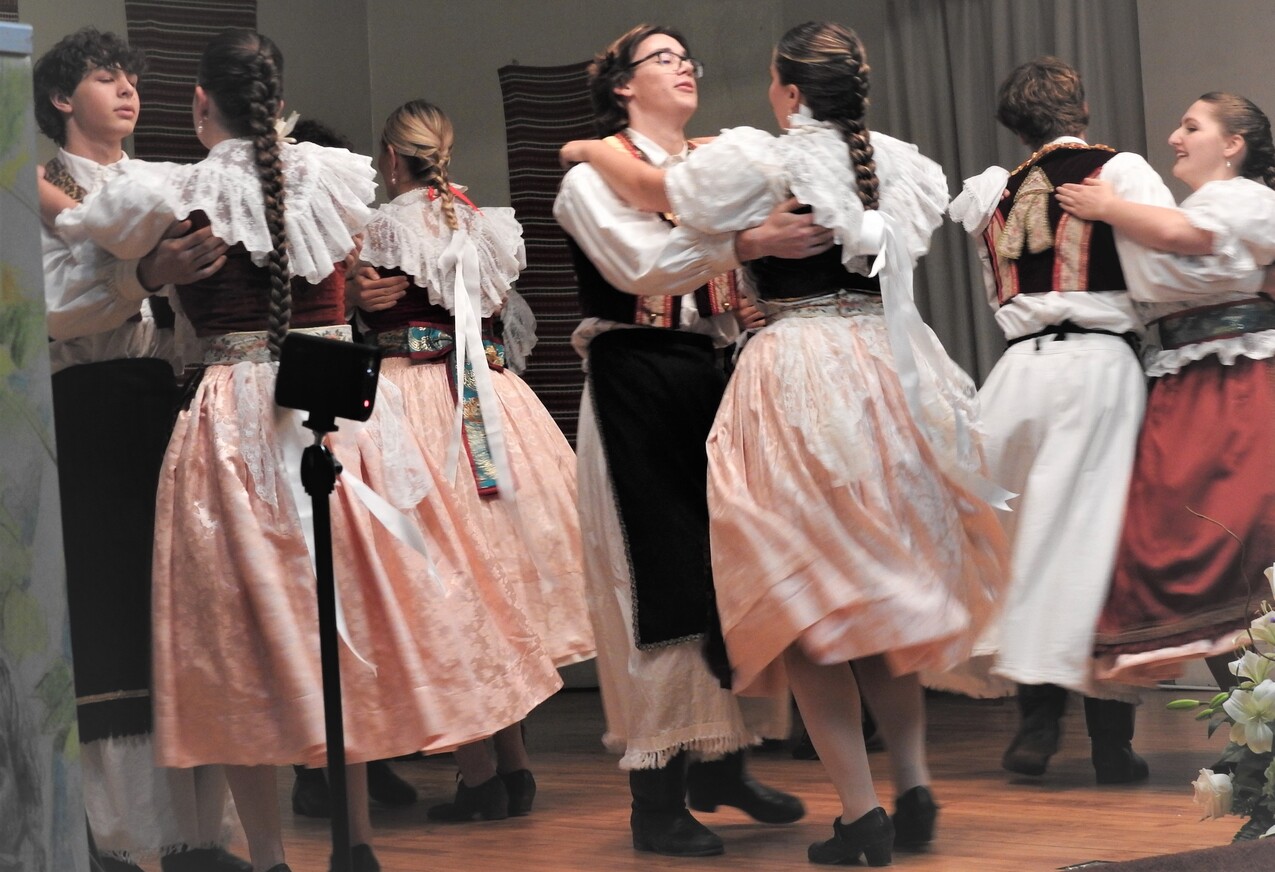 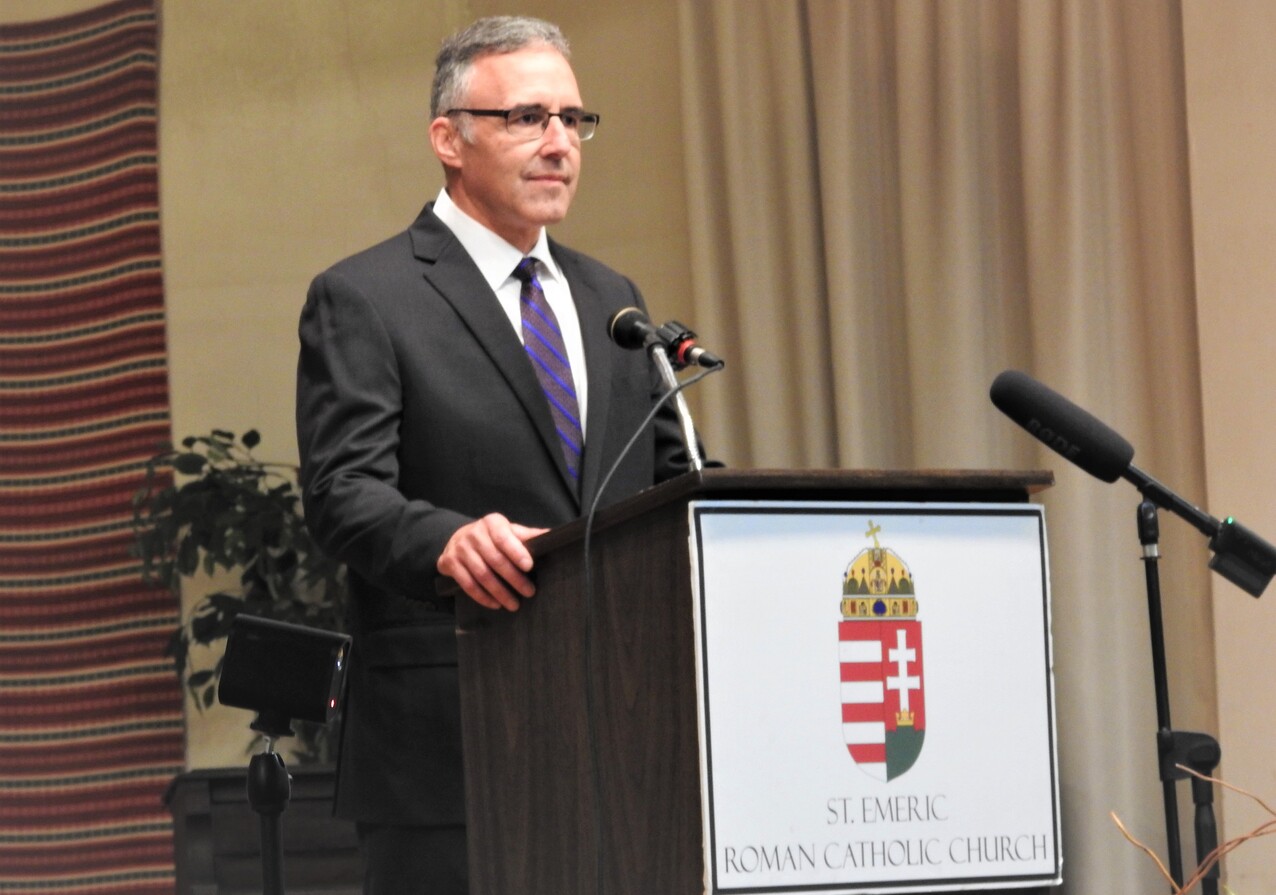 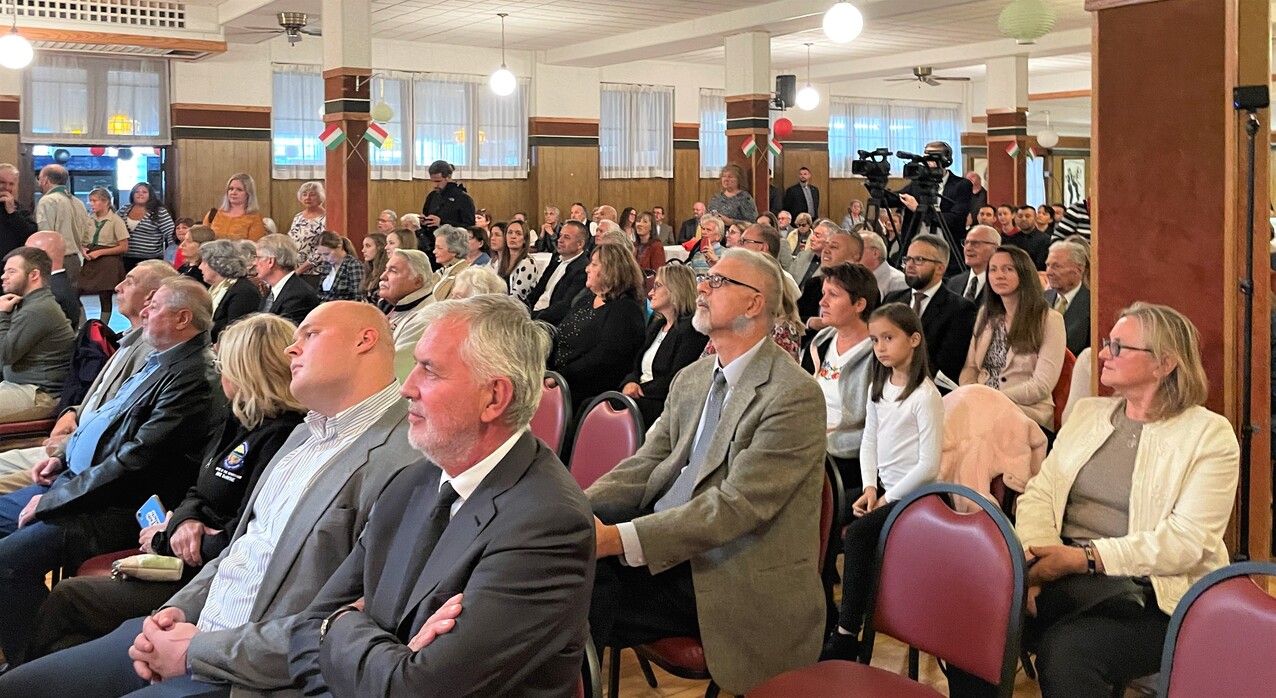 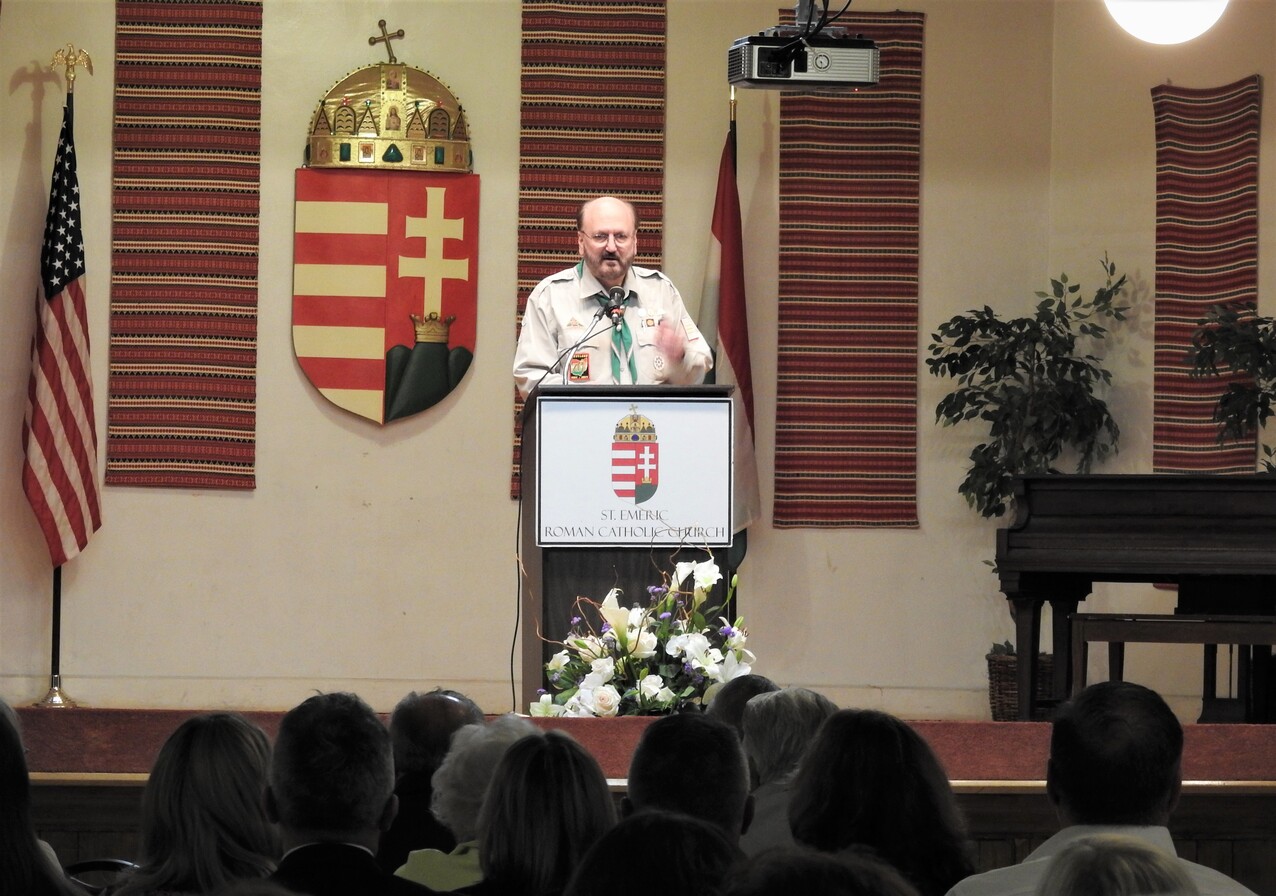 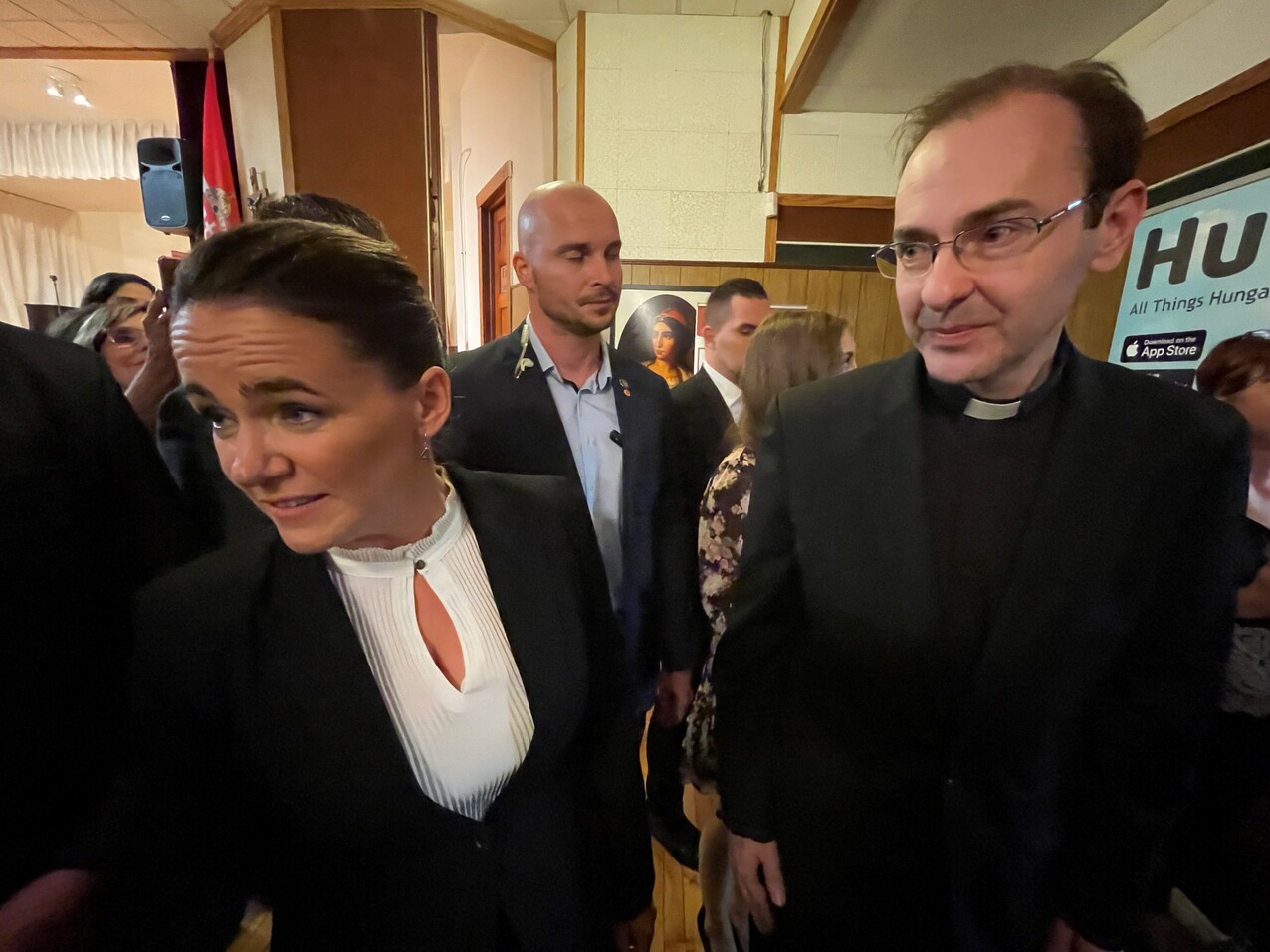 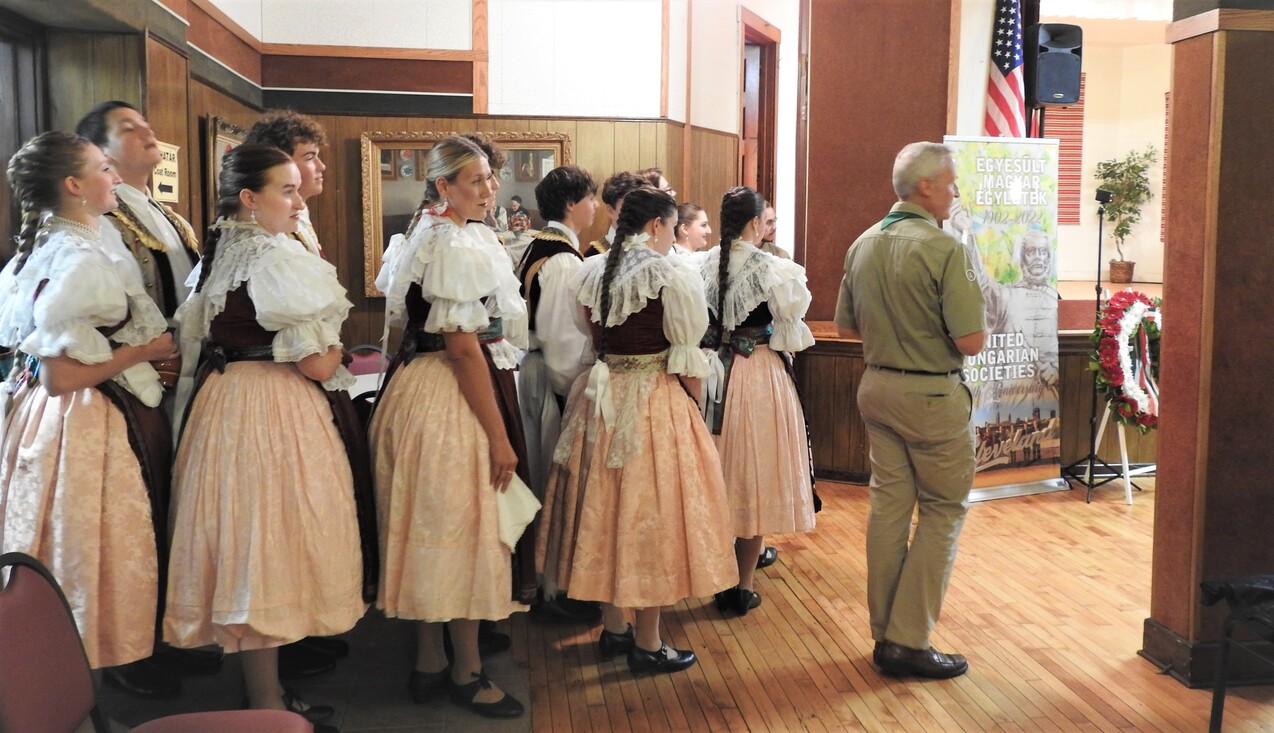 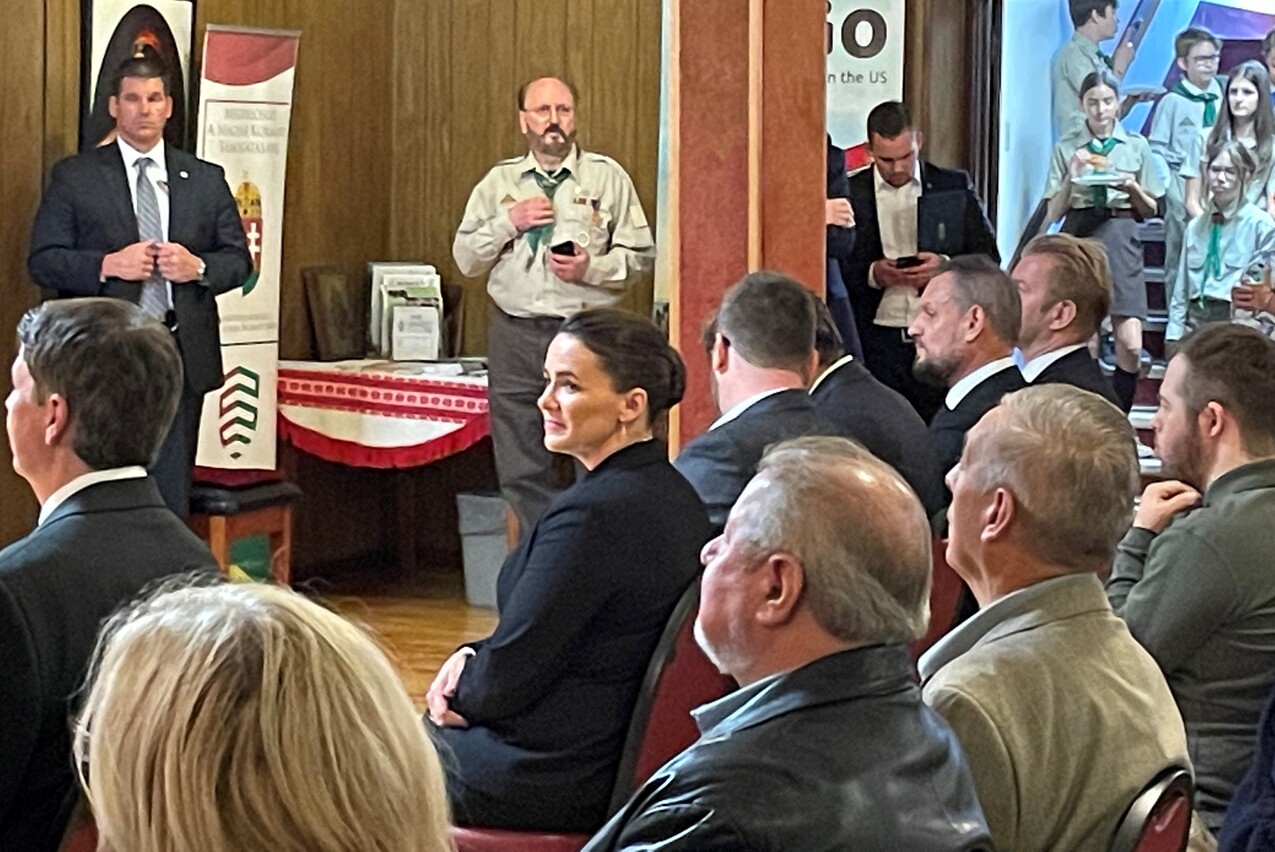 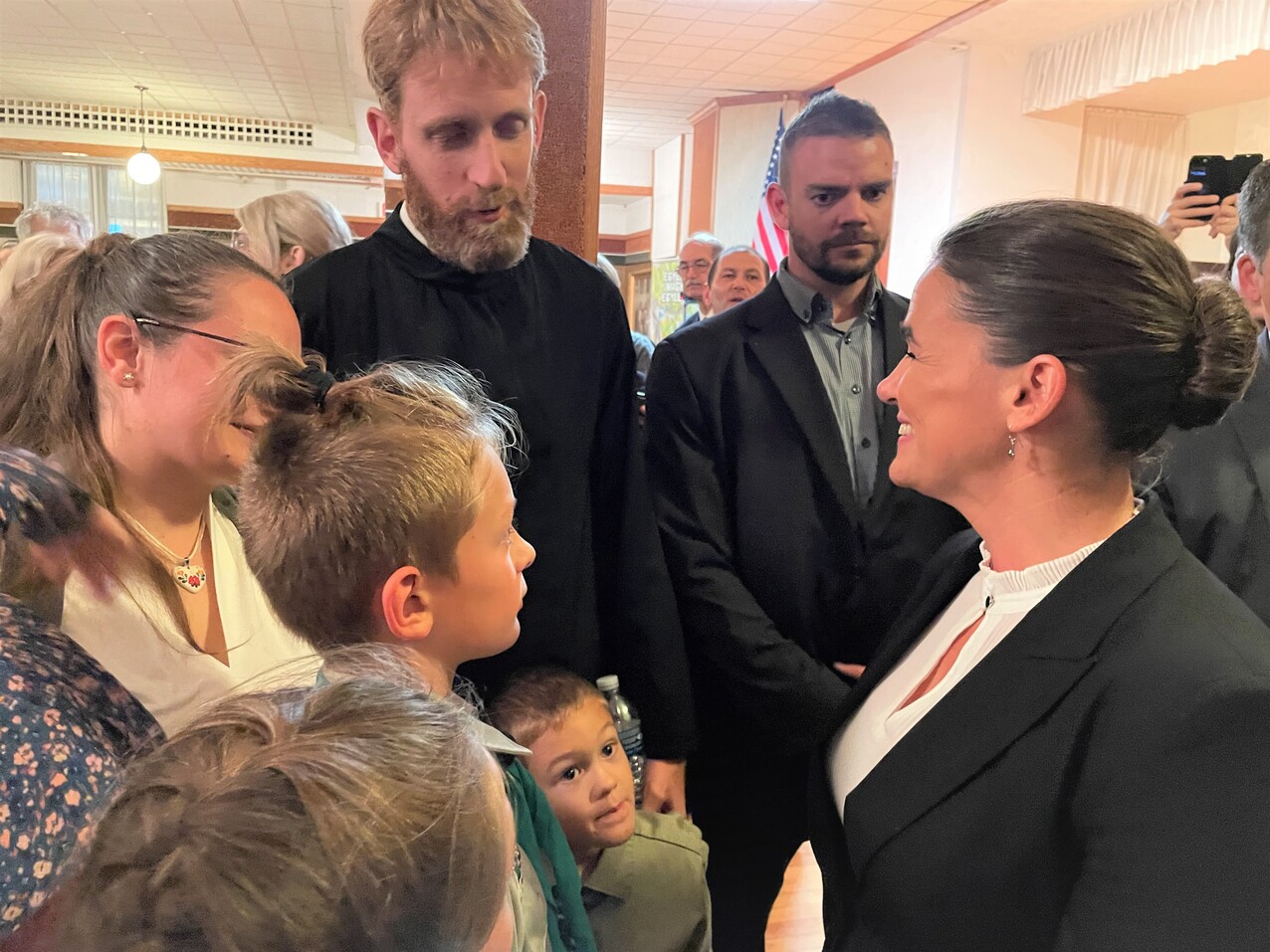 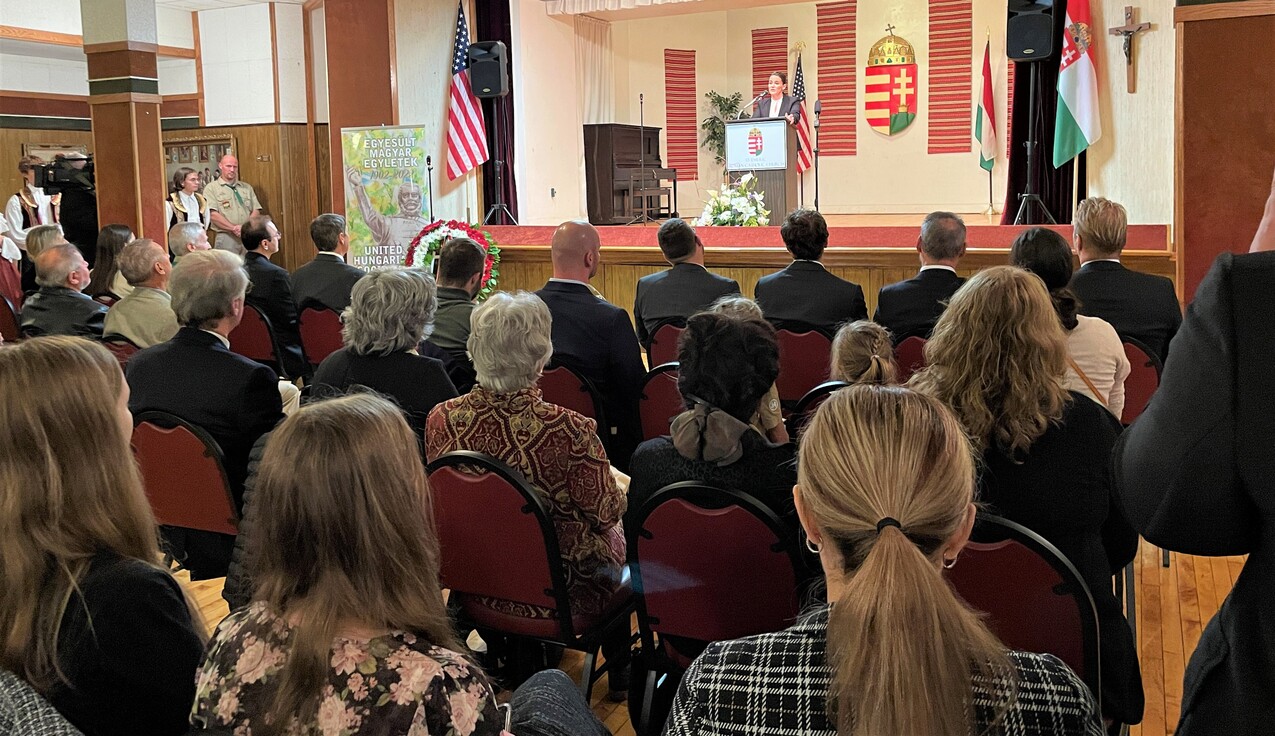 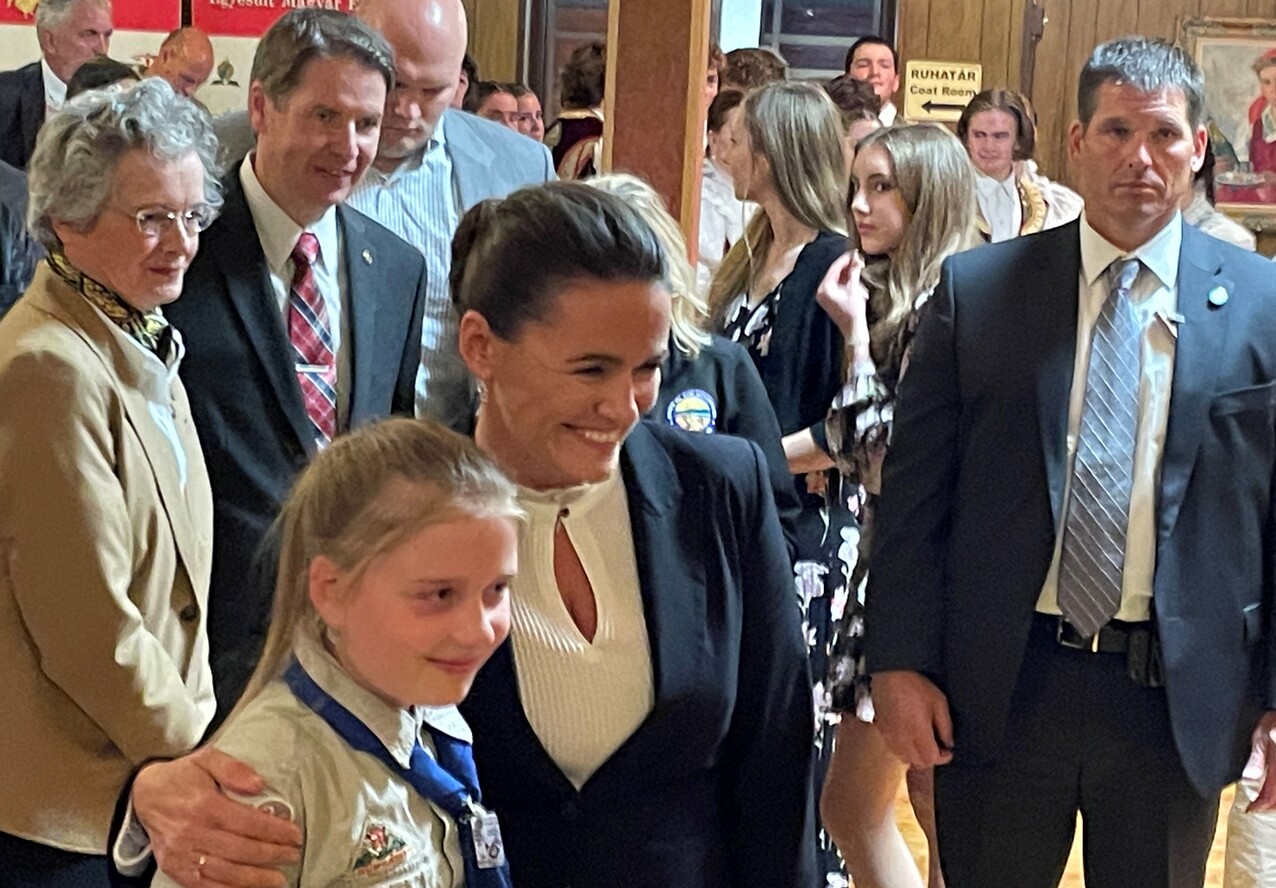 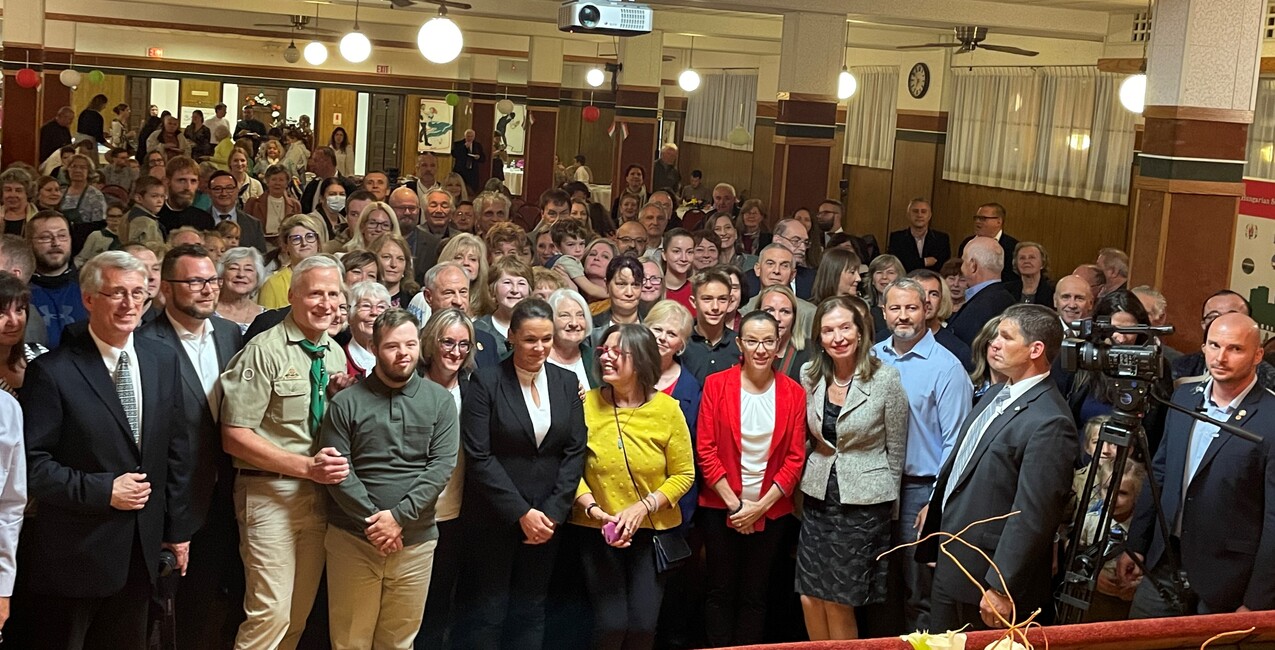 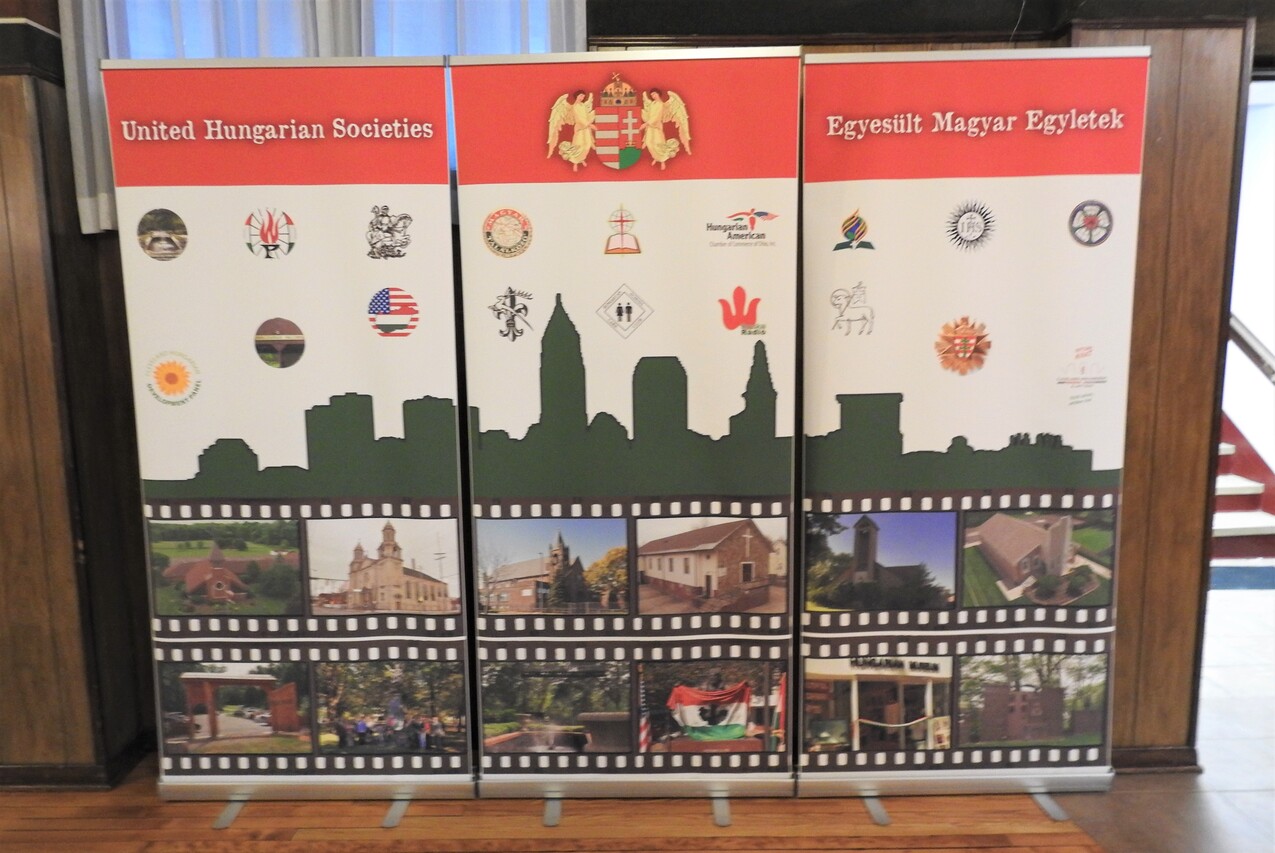 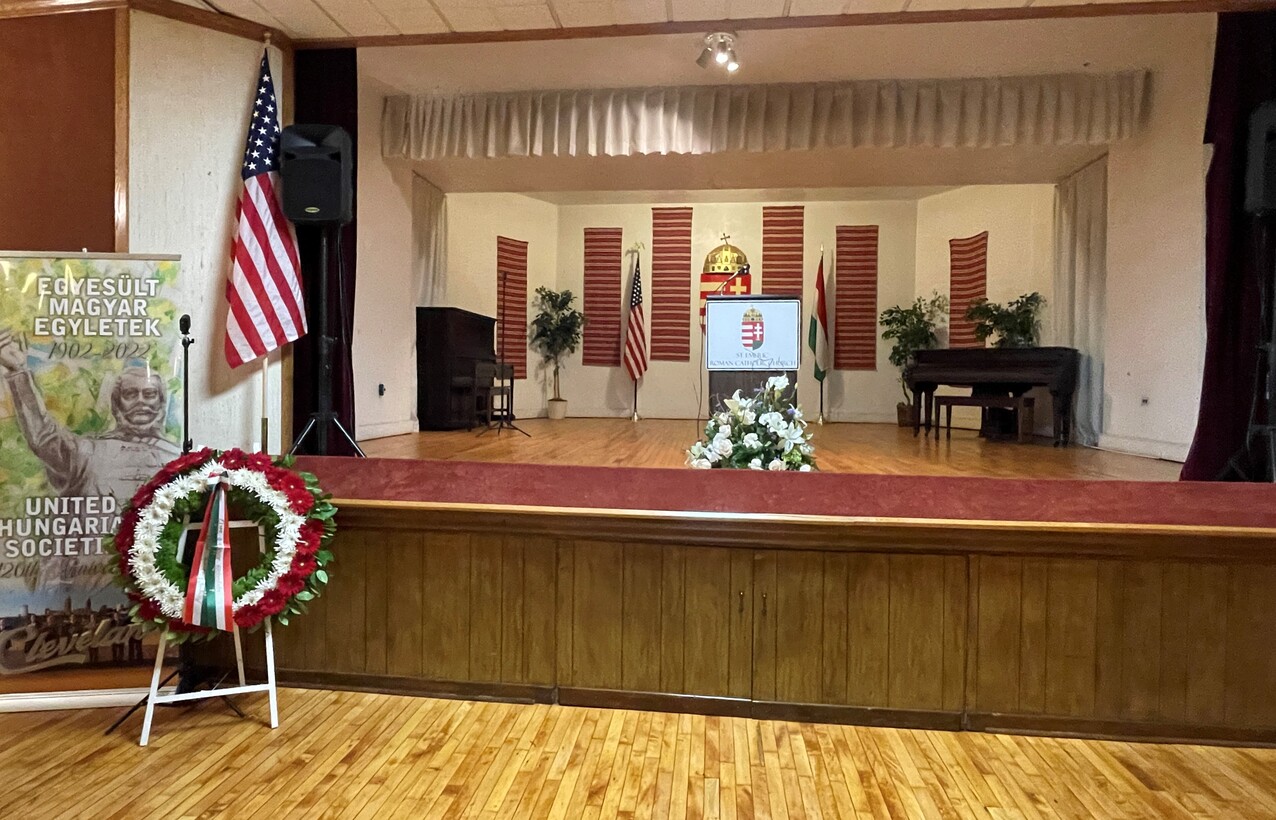 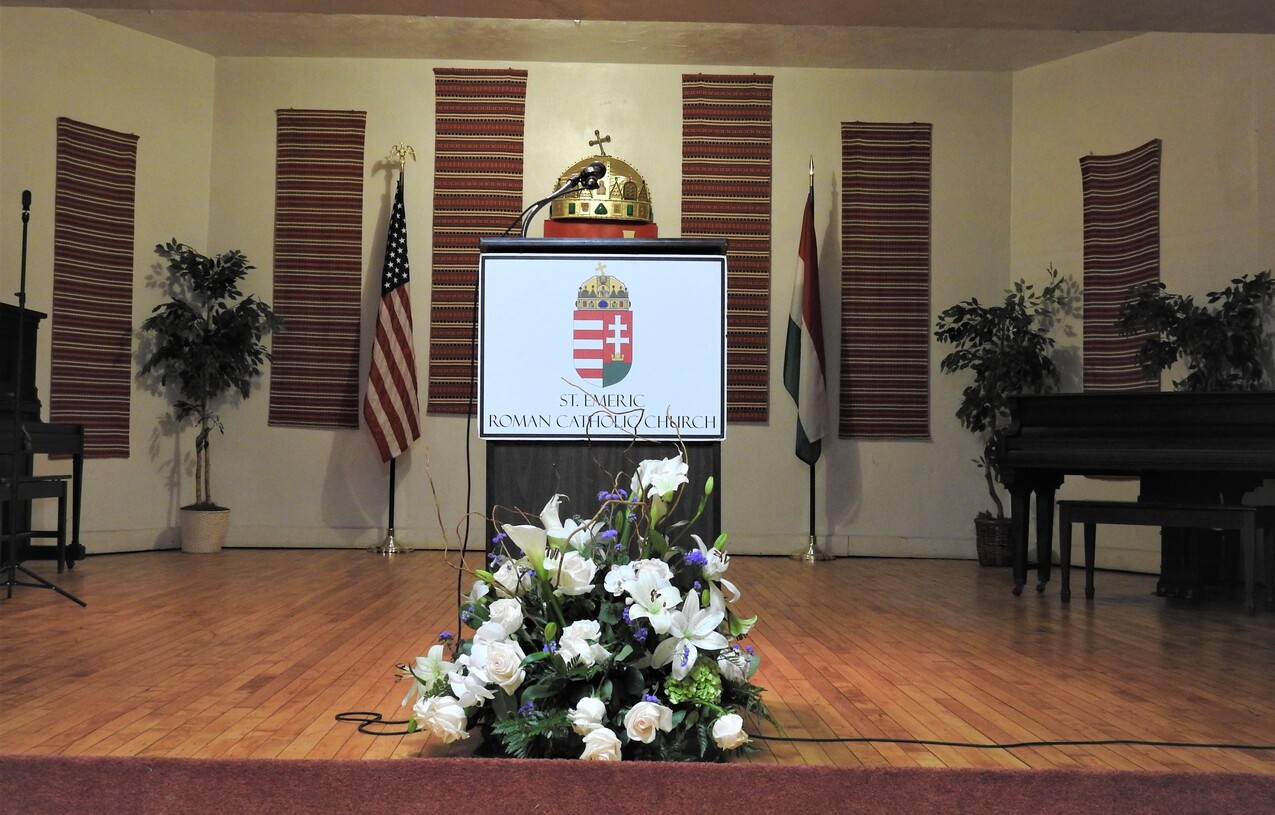 The excitement was palpable as more than 200 people filled the lower hall at St. Emeric Church in Cleveland on Sept. 27, eager to see Katalin Novak, the recently elected and first woman president of Hungary.

Novak, 44 and the mother of three, arrived a little later than expected, but was greeted enthusiastically by parishioners and members of the local Hungarian community. Before joining the crowd in the parish hall, she met with the local Hungarian Scouts and joined in their meeting. The parish provides space for the scouts to meet.

Father Richard Bona is pastor of St. Emeric and St. Elizabeth of Hungary parishes, both in Cleveland. St. Emeric is tucked behind the parking lot for the West Side Market. The parish was founded in 1904 to minister to the growing Hungarian population on the West Side.

After the Scouts’ meeting, Father Bona said he had time to give Novak and her entourage a quick tour of the church before they headed downstairs to meet the eager crowd. Novak was accompanied by her daughter, some aides and a cadre of Secret Service personnel who coordinated security.

The United Hungarian Societies, which is marking its 120th anniversary this year, coordinated the gathering that was hosted by the parish.

Regos, a Hungarian Scout folk ensemble, consists of young men and women who are active with the Scouts. They are immersed in the Hungarian culture, make their own costumes, read, write and speak Hungarian fluently. They also sing as a choir and celebrate holidays with traditional Hungarian customs.

The dancers performed for the group before Novak was introduced. Novak, Father Bona and other dignitaries were seated in the front row for the performance.

Speaking in Hungarian, Novak held the crowd’s attention as she talked about family values. They nodded, laughed and clapped at points during her brief address.

Although she is not a Roman Catholic, Novak is a conservative Christian. She talked about the importance of family and children, pointing out women shouldn’t have to choose between family and a career. The government should assist women if they choose to have a career and a family. Novak said the joy of giving birth to her three children was very special to her and something she wouldn’t exchange for anything.

Prior to her election as president, Novak served as Hungary’s family affairs minister. She noted that in the last decade, the numbers of marriages in the country doubled and the number of abortions was halved, thanks to new government policies that are more accommodating to women with families and careers. Novak stressed the importance of both family and children, pointing out “Children are our future.”

She also briefly addressed the war in Ukraine, which shares a border with Hungary. More than a million people have crossed that border since the hostilities began. Novak said it is important to work towards people in the world.

Novak greeted and posed for photos with some in the crowd before gathering everyone for a group picture.

Prior to visiting Cleveland, Novak delivered a speech to the United Nations in New York City, visited and spoke at Benedictine College in Atchison, Kansas and made a stop in Steubenville, She also was in London for the funeral of the late Queen Elizabeth II last week.

Father Bona said she was unable to spend more time at the gathering because she was heading to Cleveland Hopkins International Airport to board a Hungarian military plane for a trip back home, where she had a full day of events scheduled.

Novak is the third president of Hungary to visit, Father Bona said. Previous visits were in 2000 and 2011.