Catholic schools in diocese shine in The Nation's Report Card

Catholic schools nationwide – including those in the Diocese of Cleveland -- provided a rare highlight to the recent sobering news from the National Assessment of Educational Progress, also known as The Nation’s Report Card, a congressionally mandated assessment conducted by the U.S. Department of Education’s National Center for Education Statistics.

Last month, NCES released a report on the NAEP long-term trend reading and mathematics assessments for 9-year-olds through 2022 to examine student achievement during the COVID-19 pandemic. It summarized alarming declines over the last two years that saw the largest reading score drops in decades and the first for math. 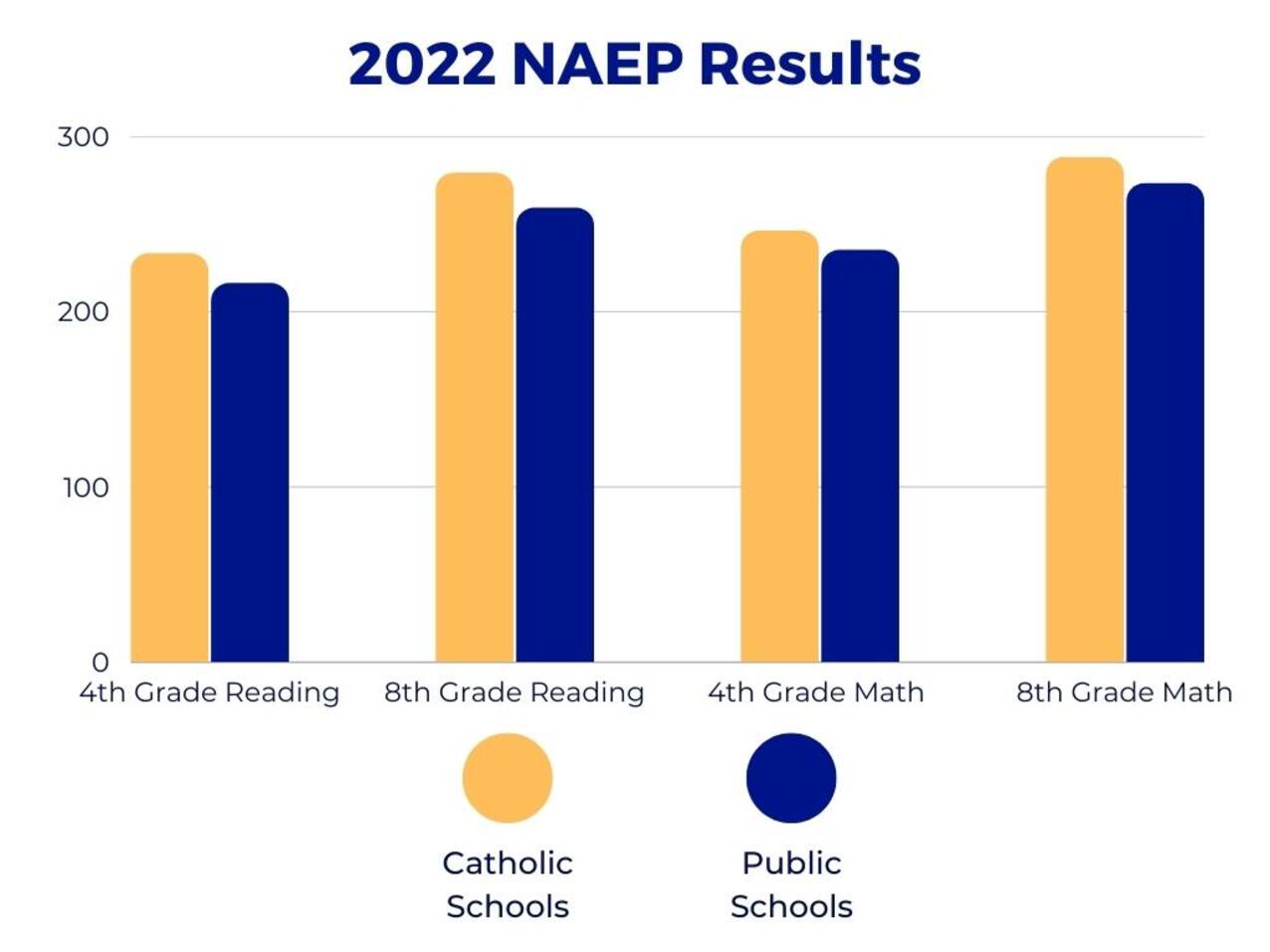 In the Diocese of Cleveland, however, Catholic schools did not experience such a decline. Every Catholic elementary student takes the Northwest Evaluation Association MAP Growth assessment, which saw achievement in those similar grade levels remain level or increase slightly over pre-pandemic levels.

This week, the main NAEP assessment data for 2022 became available from the NCES, and it showed Catholic schools achieving higher than the nation’s public and charter schools, as they have in other years. However, this time the distance between sectors grew. While all schools faced the challenges of the COVID-19 pandemic, the results of Catholic schools -- which were first to reopen and more likely to provide in-person options -- also nationally outperformed their public and charter school counterparts when compared to past results. 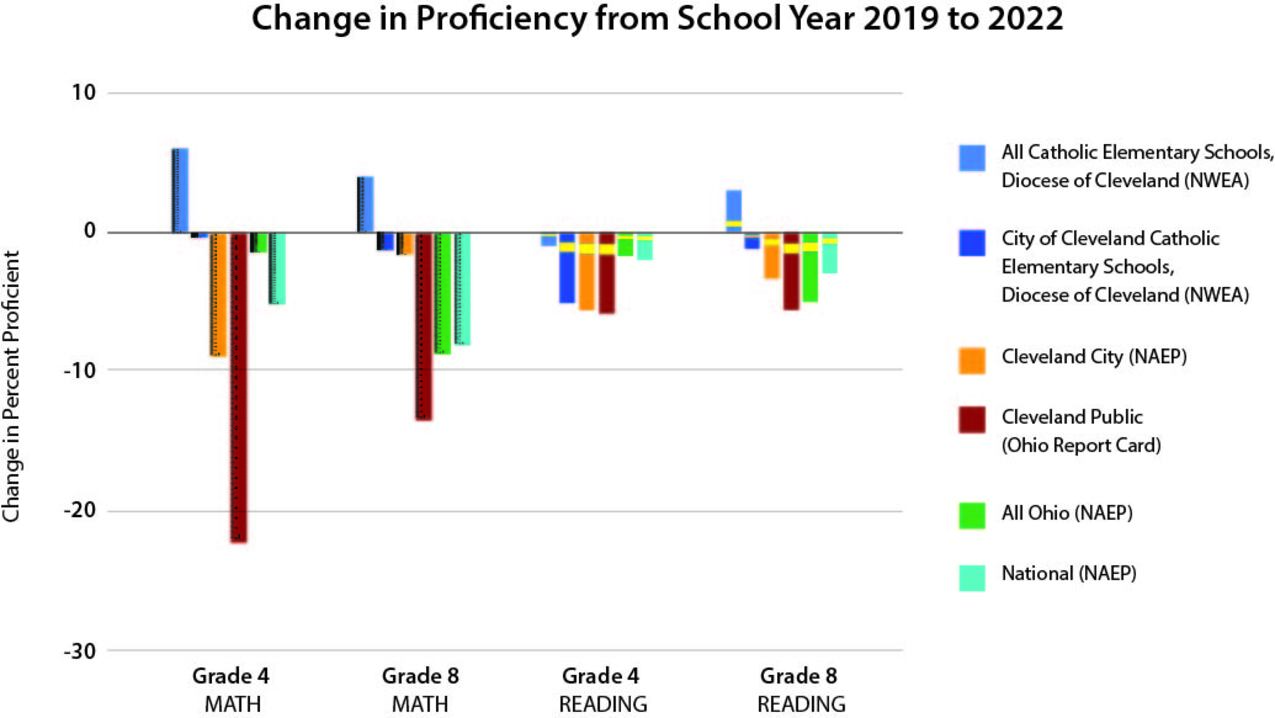 In math, Catholic school students saw no changes to their pre-pandemic scale scores for fourth grade, and a statistically significant decline of five points in eighth grade, which was smaller than the declines by public (-8) and charter (-9) schools. In reading, Catholic schools scores actually increased by one point in eighth grade and decreased by two points in fourth grade, neither of which was statistically significant, but both of which outpaced public and charter schools, which declined three points at each level.

The main NAEP also samples some of the nation’s largest urban public districts, including Cleveland, which allows for some interesting observations. The NAEP scores revealed sharp declines, even steeper than those reported on Ohio’s State Report Card. Though NAEP does not break out Catholic schools by district, the Diocese of Cleveland’s NWEA MAP proficiency results, a separate but similarly derived performance standard, showed similar trends to the nation for Catholic schools in the city of Cleveland. 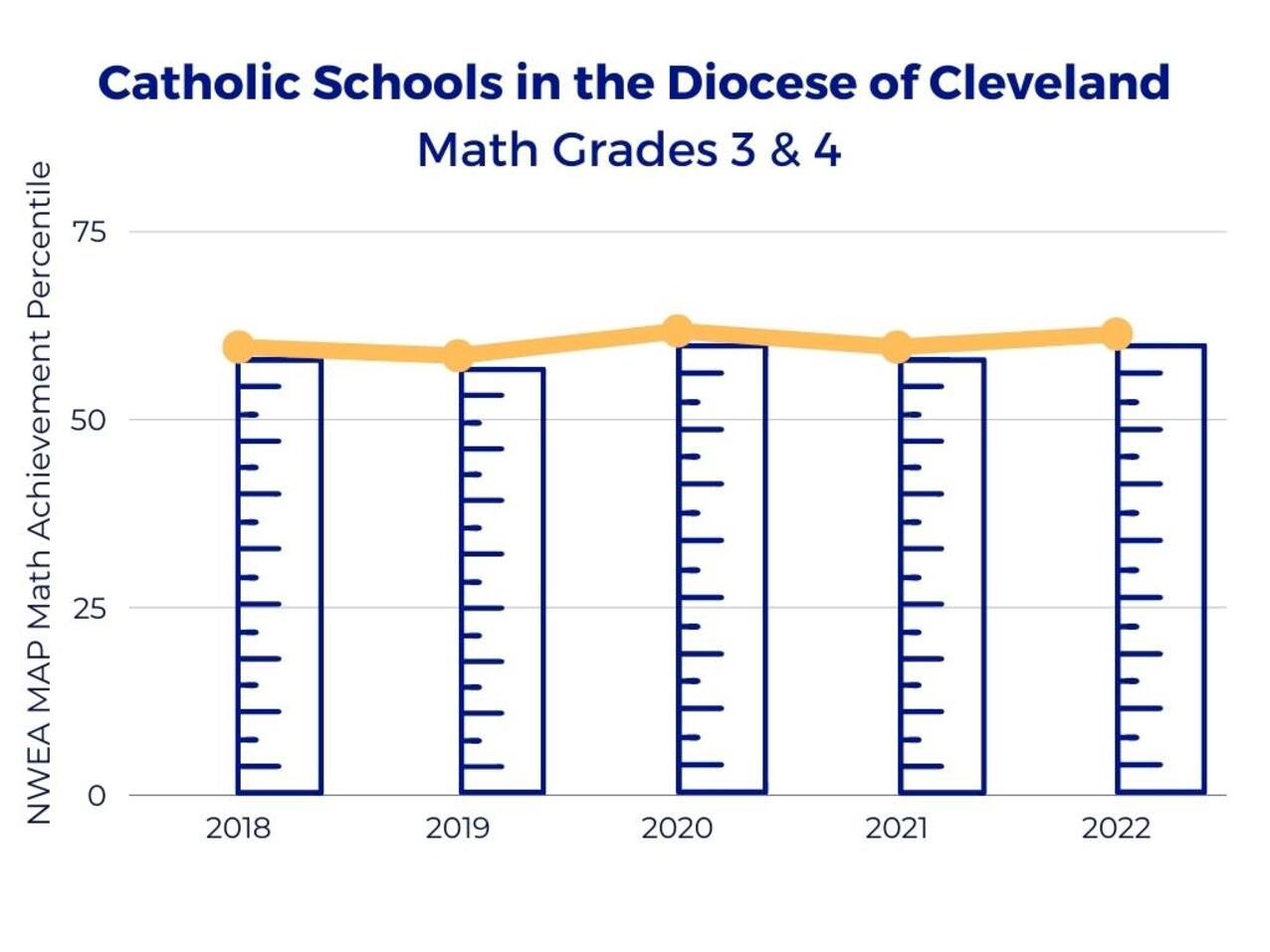 Catholic schools in the city either increased or declined the least from before the pandemic through the 2021-2022 school year in math and reading at grades four and eight. Proficiency levels in Cleveland Catholic school math and reading remained level, anywhere from a few percentage points stronger than their public counterparts on the state report cards, to as much as three times and four times the proficiency projected by NAEP for grades eight and four, respectively. 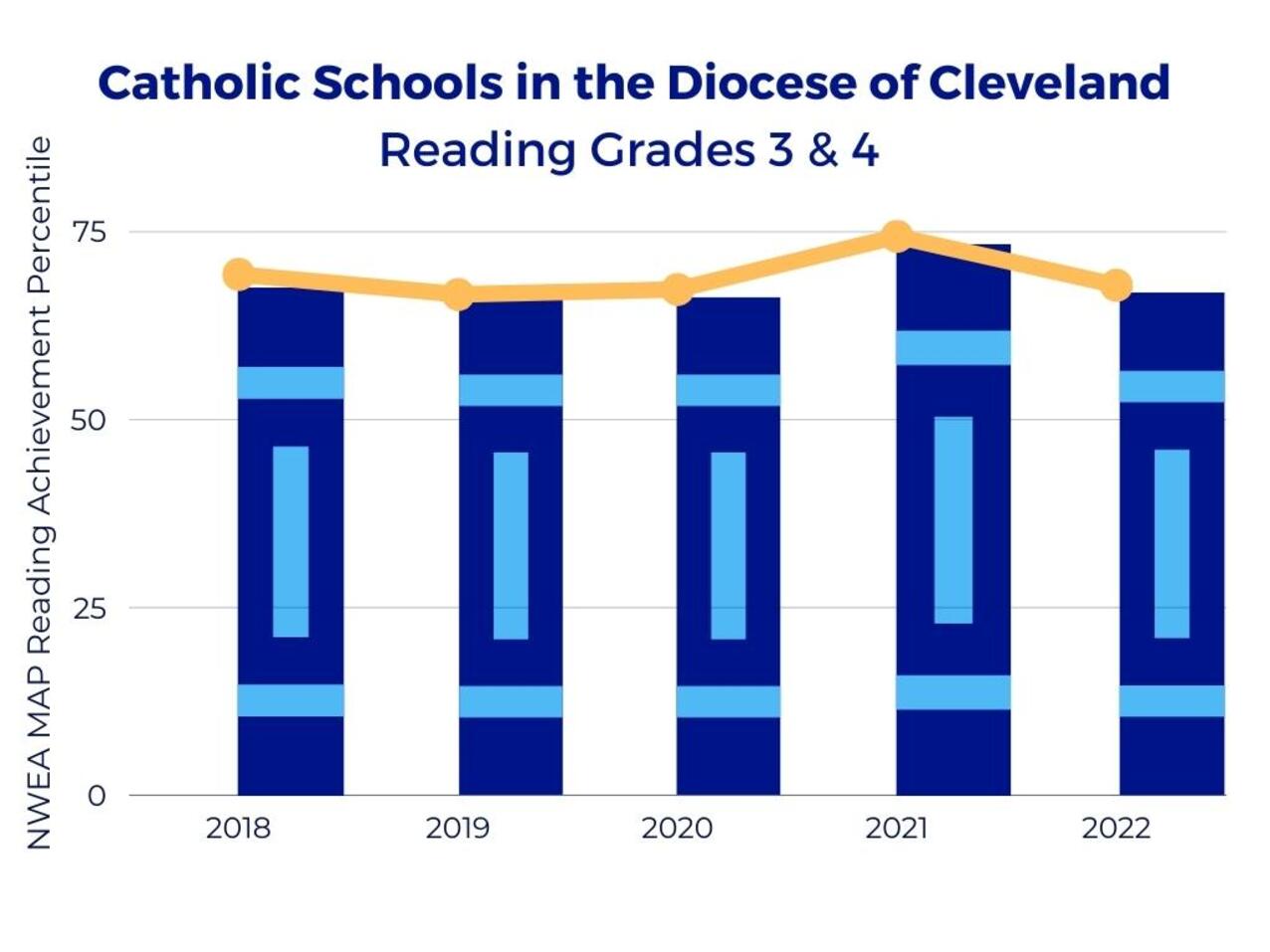 Catholic elementary schools are largely neighborhood schools, demographically similar to the communities they serve. In the city of Cleveland, elementary students are 75% low income (qualifying for the federal free or reduced-priced lunch program) and 4% limited English proficiency. Their racial makeup is 43% Black, 29% white, 16% Latino and 9% multiracial, and 8% of students qualify as special needs. About two-thirds of students in the city are not Catholic, and nearly all attend on a state scholarship.

The diocese’s total enrollment of more than 35,000 K-12 students makes it the third-largest system in Ohio, which as a state saw declines in proficiency in reading and math at both grade levels. By contrast, the diocese’s overall Catholic school enrollment actually grew 1.2% in the 2021-22 school year, and so did the percentage of students achieving proficiency in eighth grade math (+4%) and reading (+3%) as well as fourth grade math (+6%) with slight decline in reading (-1%).

“Catholic schools believe that every person is a gift from God, and our educators lived that belief by doing all they could to serve students as well as possible during arguably the most challenging educational conditions in our lifetimes” said Frank O’Linn, Cleveland diocesan superintendent.

“Clearly there is much more work to be done, as the challenges of the pandemic years affected everyone. But the heroic efforts of our educators to meet the needs of all children mean that we can focus less on recovering from loss and more on continuing to grow both in academic performance as well as in the values and virtues that are the bedrock of a Catholic school education,” he added.

Click here to view details of the full NAEP report.

Support Catholic education by turning your taxes into tuition.