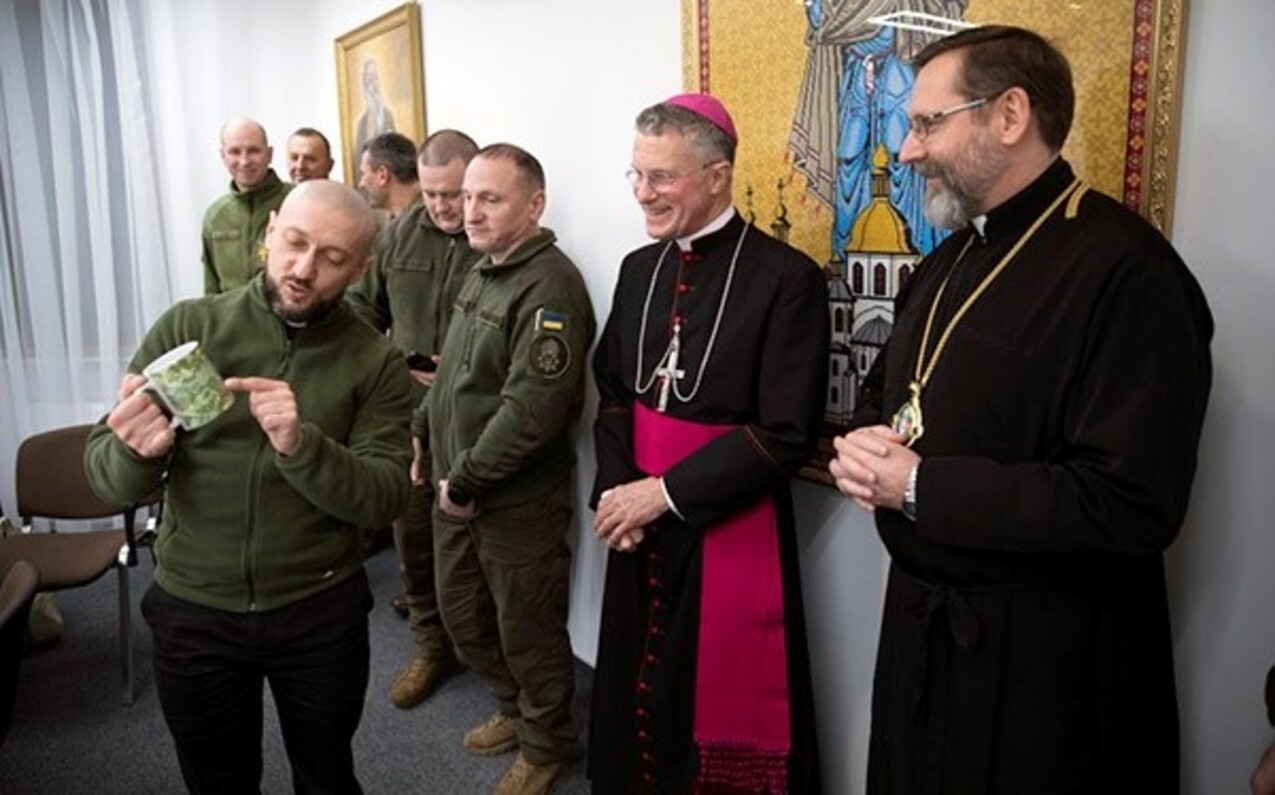 The archbishop, a native of Cleveland, came to assure the embattled Ukrainians that the Catholic Church in the United States continues to support them in their resistance to the nearly year-old Russian invasion at a time of intensified Russian missile attacks.

During his four-day visit to Lviv and Kyiv, Archbishop Broglio met with his brother bishops, especially his Beatitude Archbishop Sviatoslav Shevchuk and Archbishop Mieczyslaw Mokrzycki, an old friend from the time that both served in the Vatican Secretariat of State, as well as, Ukrainian military chaplains.

Participating in the funeral of three Ukrainian soldiers who were killed during the war, he told their families, “On behalf of all Catholics in the United States of America, I extend my sincere condolences. We must continue to live in hope …” These funerals are an almost everyday experience for the people of the Garrison church.

Archbishop Broglio encouraged the Ukrainians to stand firm. He expressed solidarity with their cause of freedom and determination to remain independent of outside aggression. “You may not see this in Ukraine,” he told Ukrainian officials, “but today Ukrainians bring great hope to the world. Your nation has united and stood up to this unjust invasion. In your resistance, we see hope for the future.”

Upon his return to the U.S., Archbishop Broglio told the Catholic News Agency, “I was very grateful for the opportunity to visit these brothers and sisters. Obviously it was very moving to see some of the destruction, particularly to stand in front of a hospital that had been bombed, those kinds of things are incomprehensible. I came back encouraged by the spirit of the people, depressed by the inhumanity they have experienced, and anxious to try to encourage Catholics in the United States to pray for peace, to support them in any way that we can, and also to look forward to the future when the situation might be more positive.”