This is an annual report that provides information and data about student performance and achievements from the 108 schools located within the diocese.  The Office of Education invites the greater Catholic community of Northeast Ohio to read what is outlined to see just how God's word, Catholic values and faith are guiding academics, character-building and developing future leaders at our schools.

Download pdf version of the State of Schools 2020 report.

“I am a product of Catholic schools and love my job because it combines my two biggest passions: my Catholic faith and education,” Tracey said.

“My favorite parts of my job are supporting all of the principals in our Catholic schools and helping to identify and develop future Catholic school leaders,” Tracey added.

“After spending my entire career working as a teacher and administrator in Catholic schools, I am excited to support our schools’ academic growth as measured through NWEA’s MAP assessment,” Monica said.

Additionally, she said she is glad to have the opportunity to work with the largest-growing area in terms of enrollment: preschool. “I look forward to helping young students and families plant roots within our schools and foster an environment where they continue to grow their education in a faith-filled community that is centered on Christ’s love,” she said.

Born and raised in Cleveland, Sue said she knew from an early age that education was her career path. From teacher to principal and now in her current support role, she said she loves being part of the Catholic Diocese of Cleveland.

“I am focused on academic excellence and working with teachers to identify candidates who may want to pursue instructional coaching roles in our schools,” Sue said. In addition to her goal of developing instructional coaches, she also assists schools with their annual safety reports and emergency operations plans, as required by the state.

As one of seven children, Amy wanted so badly to attend Catholic high school that she worked three jobs to pay her tuition. She calls her Catholic education the best investment of her life.

“I love to learn and look for opportunities to try new things. Getting out of my comfort zone has taught me so many valuable lessons about life and people,” Amy said.

“It truly is a blessing to work with the Office Catholic Education at the diocese. The collaborative efforts across the disciplines are very energizing. One of my goals in working with the 20 Catholic high schools is to create a spirit of collaboration among the leadership of the schools to share solutions to issues we all face on a daily basis,” she added. 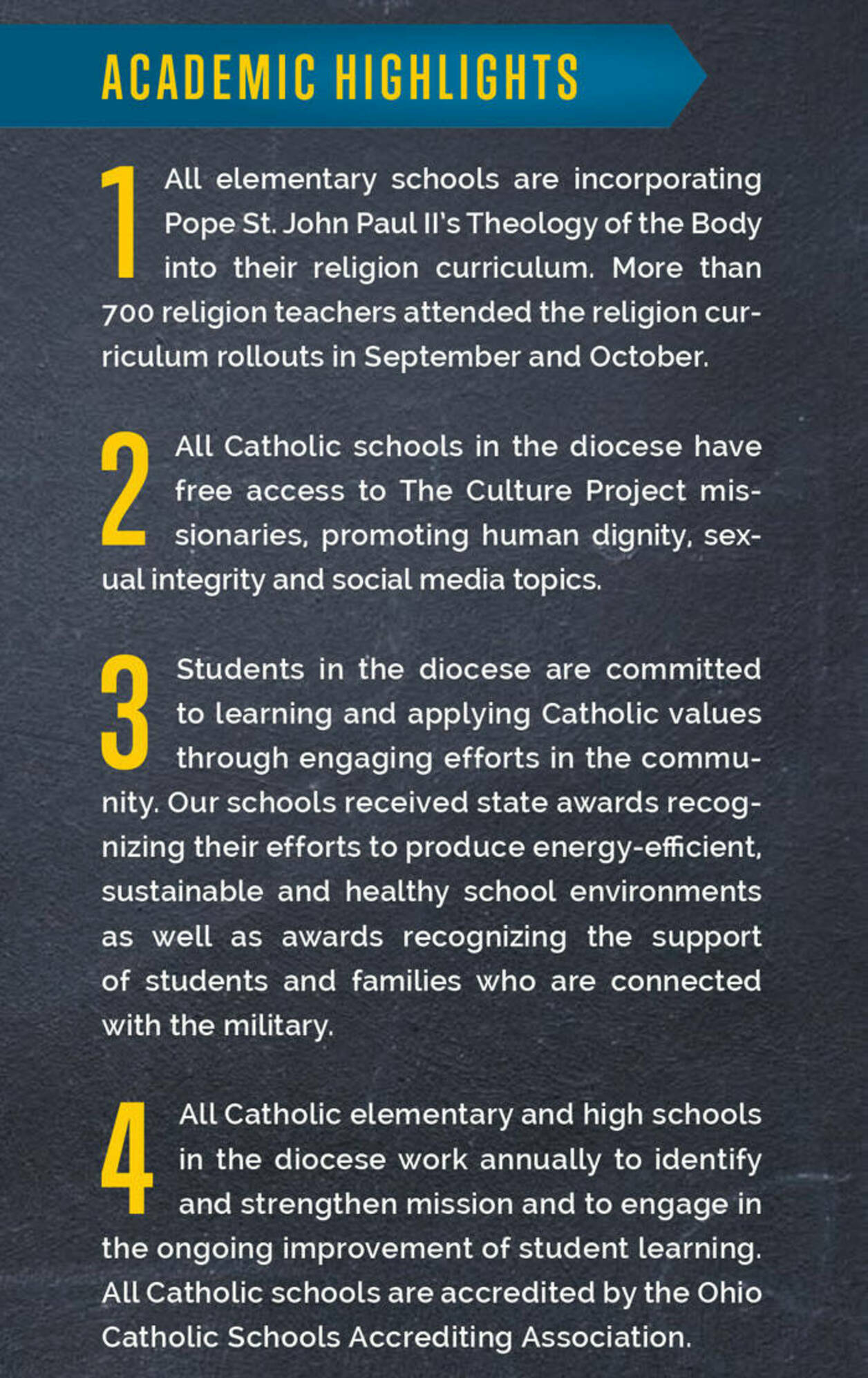 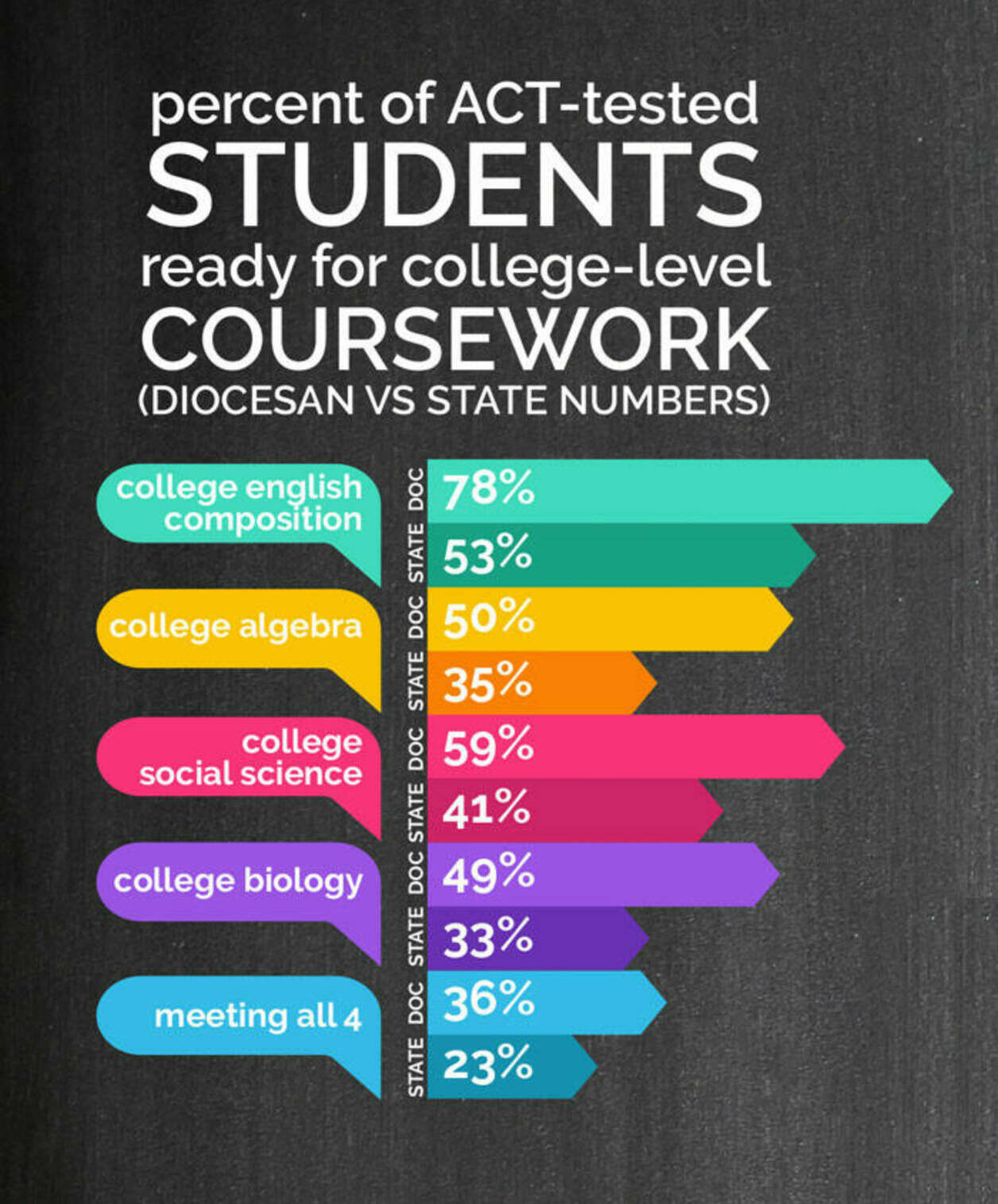 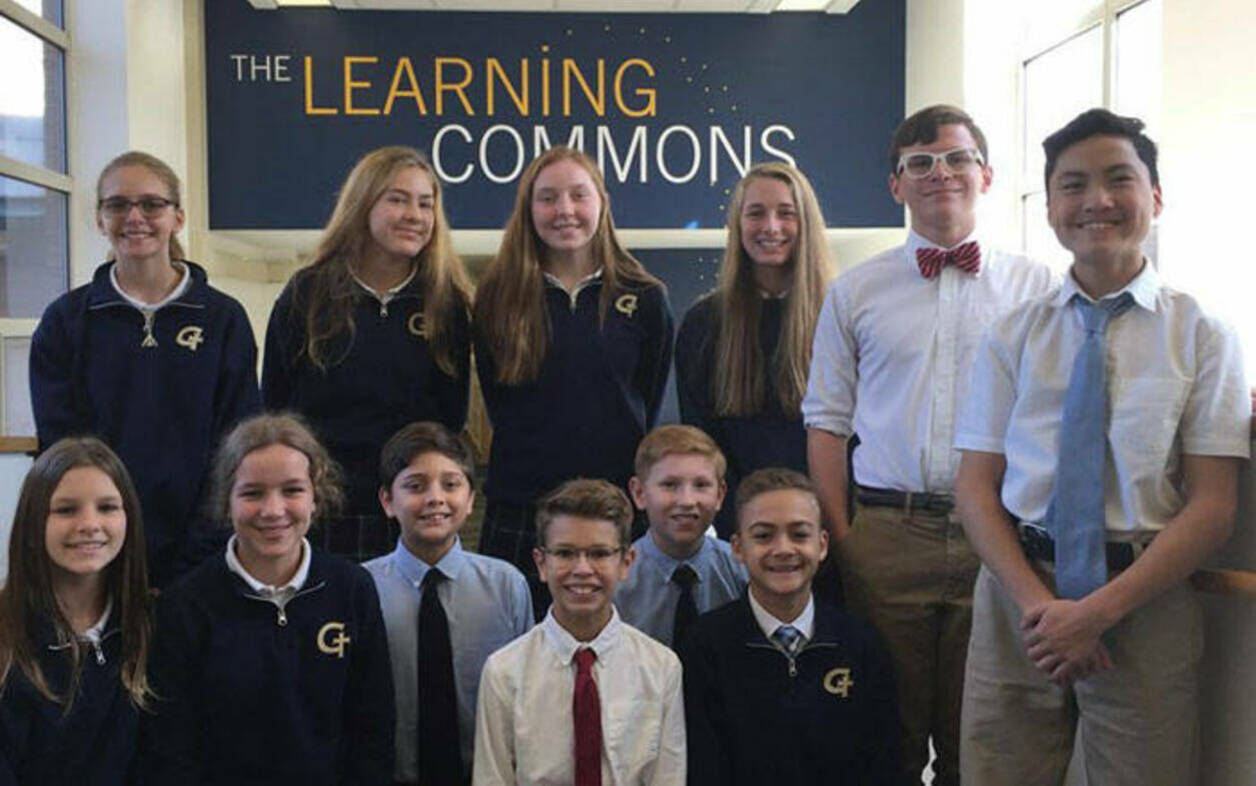 Just over two years ago, the Better Together initiative pilot program was launched in 40 schools with proceeds from the 2017 Alleluia Ball. The program that incorporates inclusive practices for exceptional learners* is flourishing in more than half of the schools in the diocese.

Molly Bullock, special education coordinator for diocesan schools, said there are 2,219 students identified with exceptional learning needs who are enrolled in the schools.

With more professional development for teachers, greater emphasis on expanding school staffs to include intervention specialists, speech pathologists, occupational therapists or more — what were once guidelines and framework are now tangible investments for educators who are customizing curriculum plans that develop both exceptional and gifted students as a cohesive unit.

Patrick, a student at Gesu School in University Heights, was featured in the Better Together launch. He and his mother, Melissa, said the initiative has helped to change Patrick’s daily academic routine.

“Having people who might be harder to talk to or people who might seem a bit odd is really a good thing to have in my school because it has helped teach me how to interact respectfully and kindly with them. So when I meet someone like them outside of school I can show them the respect they deserve,” Patrick said.

“Not every day has been easy for Patrick. In his elementary years, he struggled with friends and classroom expectations. Through it all, we have felt like Gesu has never given up. Someone always has a new suggestion or an accommodation for us to try. Today, we feel blessed that he has been given the opportunity to attend Gesu. He is a student council vice president, co-editor of the school newspaper, student volunteer in the STREAM center, musician and a great friend to many students. We believe that he has helped Gesu embrace diverse learners through the Better Together initiative. At the same time, Gesu has given us a child that we are and will forever be proud of,” Melissa said.

*An exceptional learner is a student who learns and develops differently. Such a student may need instruction that accommodates a preferred learning style, a different pace of instruction or additional educational services in order to progress learning. 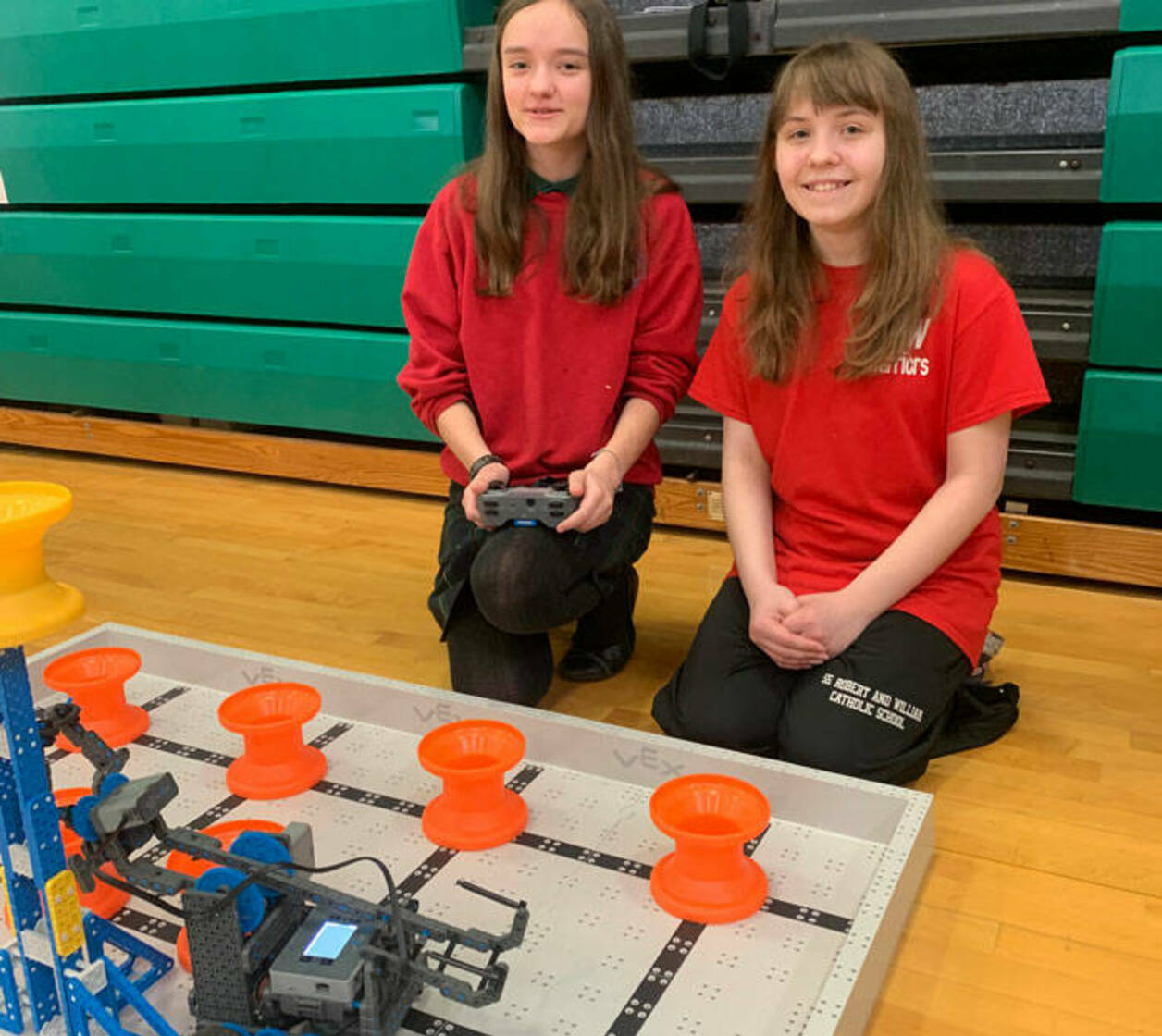 Future enginners go to the X-STREAM

The X-Stream Games are hosted by the education office at the Catholic Diocese of Cleveland for students in preschool through grade eight who are involved in stream education in their schools.  Stream -- science, technology, religion, engineering, arts and math -- allow for yearlong classroom learning culminating in one, diocesan wide competition where future engineers and computer programmers show off what they have learned.

The STREAM Initiative in the Diocese of Cleveland began three years ago as a way to implement learning that involves solving problems, asking questions and exploring the world.

Student participation doubled in 2019 from the first games in 2018, with more than 500 students competing in the second year. The number of schools also doubled, with 26 schools competing in 2019.

Jennifer Miroglotta, coordinator of curriculum for the diocese, helped lead and plan the 2019 X-STREAM Games, which took place at Holy Name High School. “Focus is placed on authentic project-based learning experiences and assessments. These are hallmarks of 21st century learning,” she said.

Schools were represented by teams of students who presented projects or completed technical challenges while fielding questions from judges. Each grade level competed in categories that included chemistry in the kitchen, lip balm product development, arcade game or miniature golf design that used sustainable materials, robotics and computer coding

Pupils in grades K-2 had the opportunity to participate in a Lego design and build expo. Each student selected a story from Scripture and constructed it based on their visual interpretation. Art displays, a Shark Tank-like experience for inventions and science scrimmages also took place throughout the school.

“Almost every inch of this building is being used to hear our Catholic school students bring their ideas to life,” said Frank O’Linn, superintendent for the Office of Catholic Education.

The third X-STREAM Games will take place on March 28 at two locations in Elyria: St. Jude School and Elyria Catholic. They will be co-hosting the games since numbers have exceeded the capacity for one site. Teachers who were trained in the different events at the STREAM Academy in August are busy preparing their students to compete or exhibit their work. 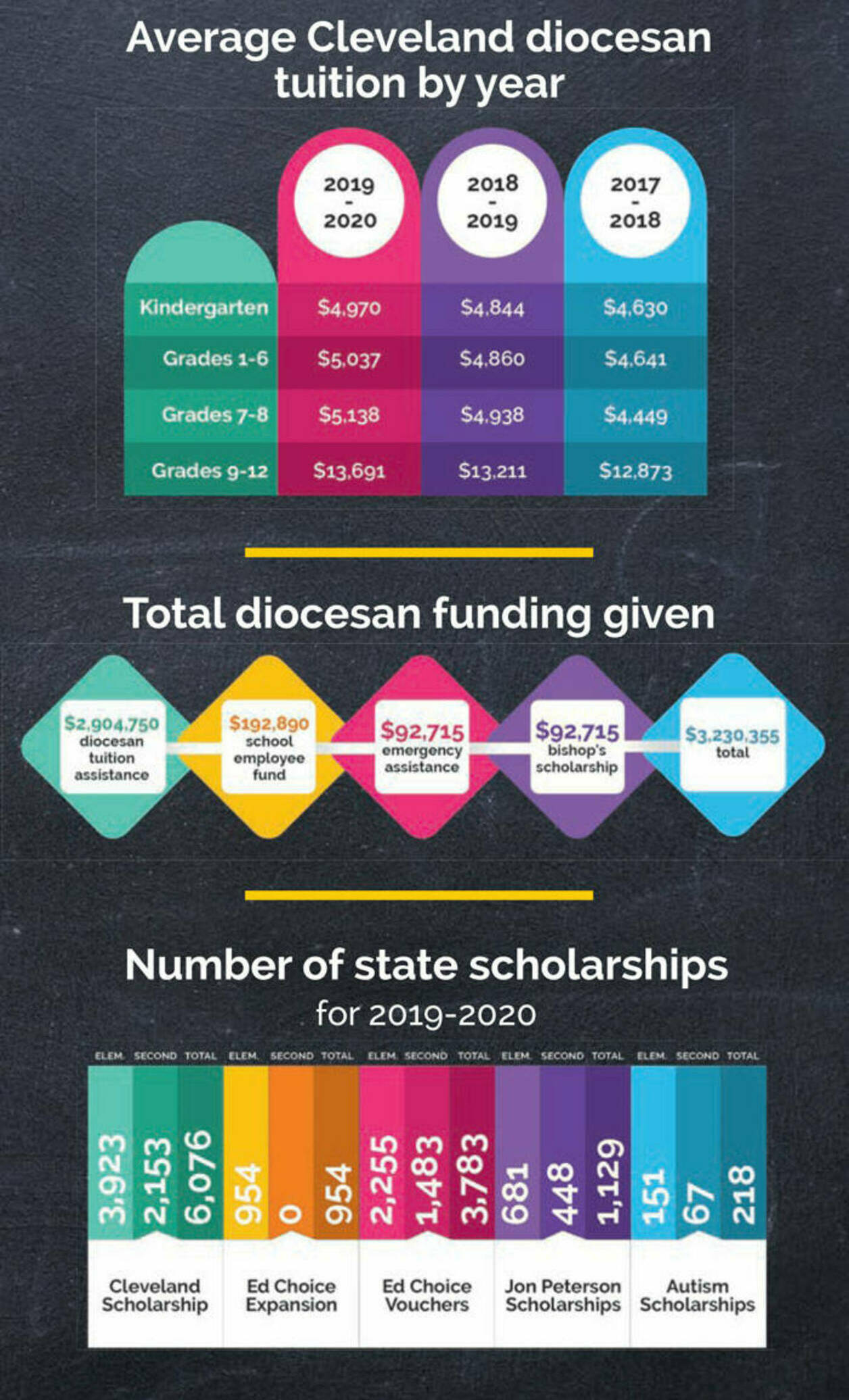 Catholic schools are a tremendous value, but excellence does not happen for free. Everyone who takes part in Catholic schooling makes sacrifices in order to make such an education a reality.  Scholarships help close the gap between the cost of education and what families can afford.  Ohio's school choice scholarship programs aid some familes, while private philanthropy provides scholarships at the school or diocesan level for others.