About Our Bishops Bishop Gries

Bishop Roger Gries, OSB was named an auxiliary Bishop of Cleveland on April 3, 2001. He retired on November 1, 2013 and continues to assist with liturgies and ministry throughout the diocese.

Bishop Roger was professed a Benedictine monk on July 11, 1957 and was ordained a priest on May 18, 1963. Following his ordination, he earned a MA from Loyola of Chicago in Education. He served Benedictine High School as teacher, coach, bus driver, principal and president from 1964-2001.

After serving as Abbot for twenty years, Bishop Roger was preparing to retire from this position when he received the invitation from Pope John Paul II to serve as Auxiliary Bishop of Cleveland on April 3, 2001. He was Ordained Bishop on June 7, 2001 and has served in that role for more than 12 years.

In March 2012, on the occasion of his 75th birthday, he submitted a letter of resignation to Pope Benedict XVI as required by Church Law. After one year and seven months, Pope Francis accepted his resignation on November 1, 2013.

This resignation relieves him of diocesan administrative duties. However, he has continued to function as a bishop in whatever way he could to assist Bishop Malesic with confirmations, jubilees, funerals, and other celebrations. 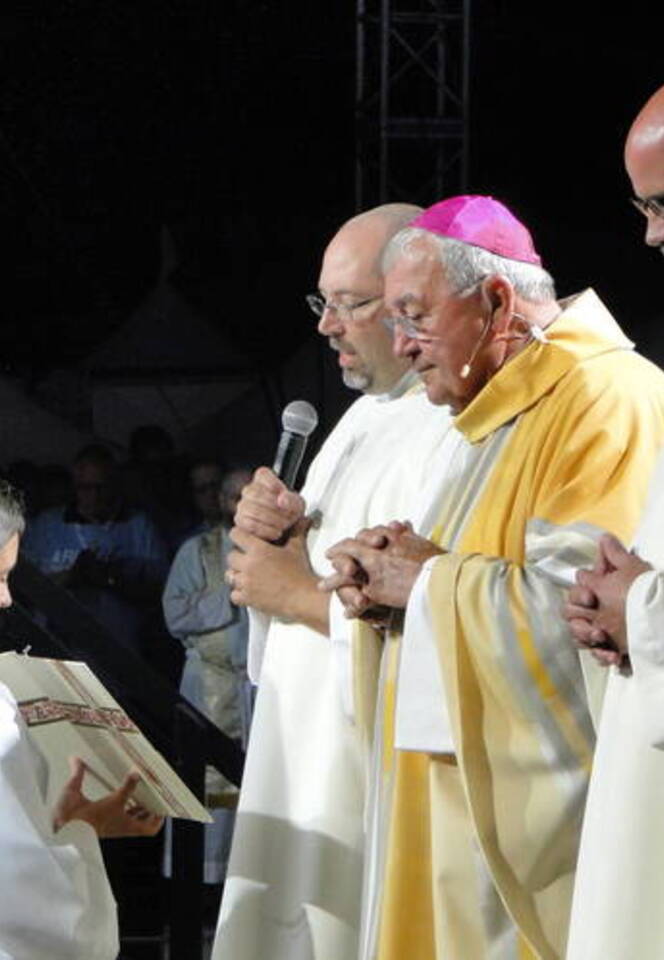