Making Cleveland home for the next year and serving on a team of missionaries was not a decision that happened overnight. Not only did it take weeks of discernment, it also included six weeks of training -- and driving 500 miles from New York to Ohio.

For some, it started as a conversation during last year’s SEEK Leadership Summit; for others, it was after meeting a Culture Project representative on their college campus. But for all five missionaries, as a result of discernment, prayer and through their deep relationship with God, each felt called to join what is a nationwide movement to restore the human culture through love and ministry.

The Culture Project is an initiative of young people set out to restore culture through the experience of virtue. Through the outreach of missionary teams, messages of respecting the dignity of a human person and living a life of sexual integrity simply by thinking through choices and leading by example are encouraged and celebrated at middle schools, high schools and parish youth ministry teams.

“By going to schools, parishes and youth groups we invite the youth of our culture to become more fully alive in Christ,” said Laura Riebe, a second-year Culture Project missionary and team lead for those serving the diocese. “As a young adult community, we are also trying to be witnesses of that mission.”

The five missionaries are from different places throughout the country including Texas, Louisiana, Colorado, Kansas and Pennsylvania. After loading up and making a 10-plus hour drive, they unpacked in their new residence, which is in a former friary on the property of Our Lady of Angels Parish in Cleveland’s West Park neighborhood. A highlight of their day was Bishop Nelson Perez taking them on a brief tour of downtown Cleveland and dinner at in Cleveland’s historic Little Italy neighborhood.

Read more about each missionary in their bio HERE.

The Culture Project is a nonprofit 501(c)(3) organization that started in Pennsylvania in July 2014, and has since expanded to more than 30 dioceses across the country. Rooted in the teachings of St. John Paul II, the mission focuses on engaging today’s youth to seek purity and holiness in Christ. To learn more or for information on how to support or donate to The Culture Project, click HERE. 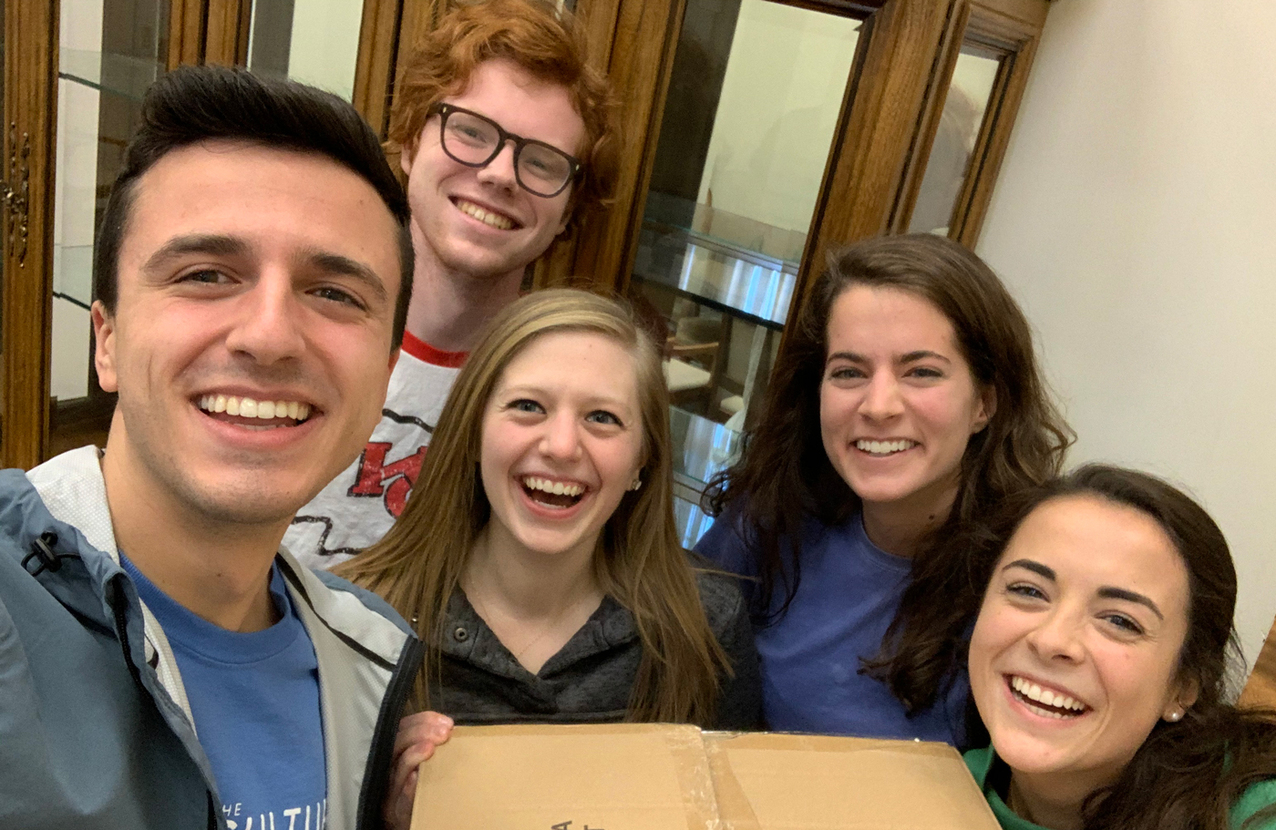