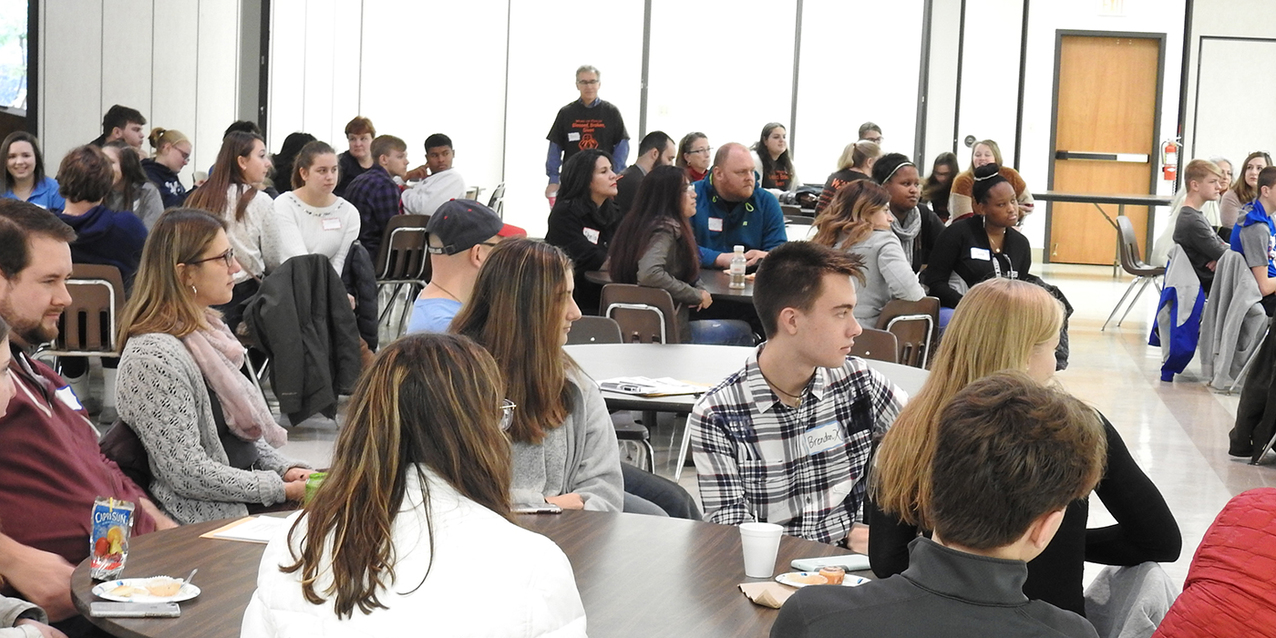 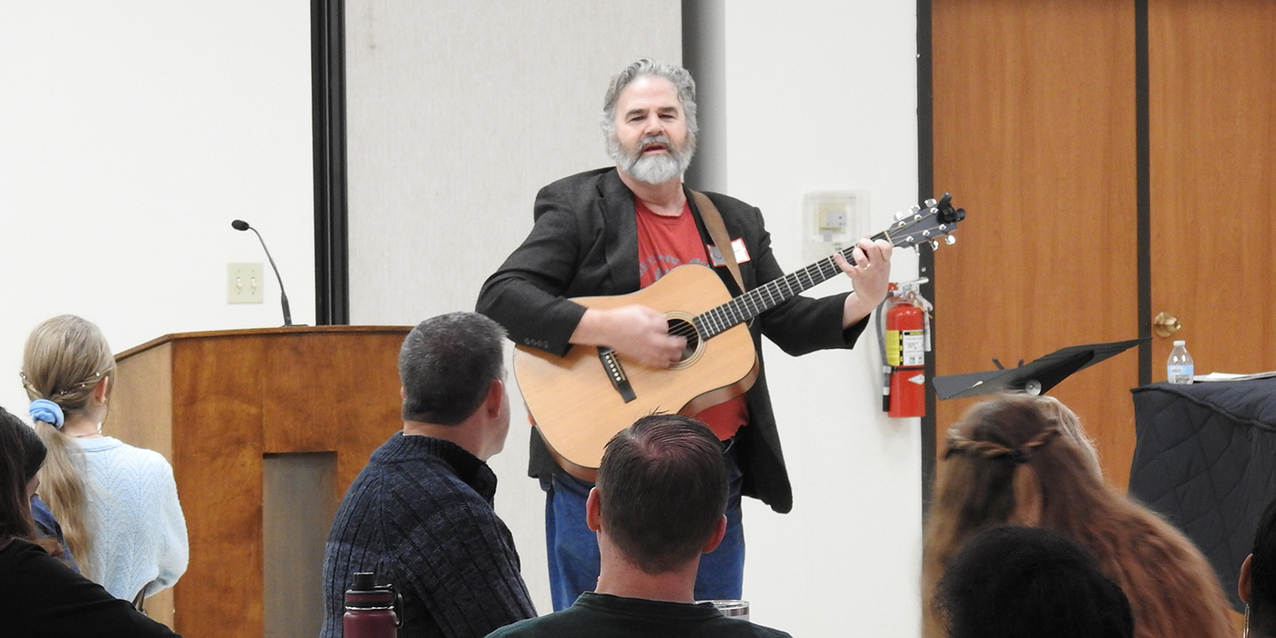 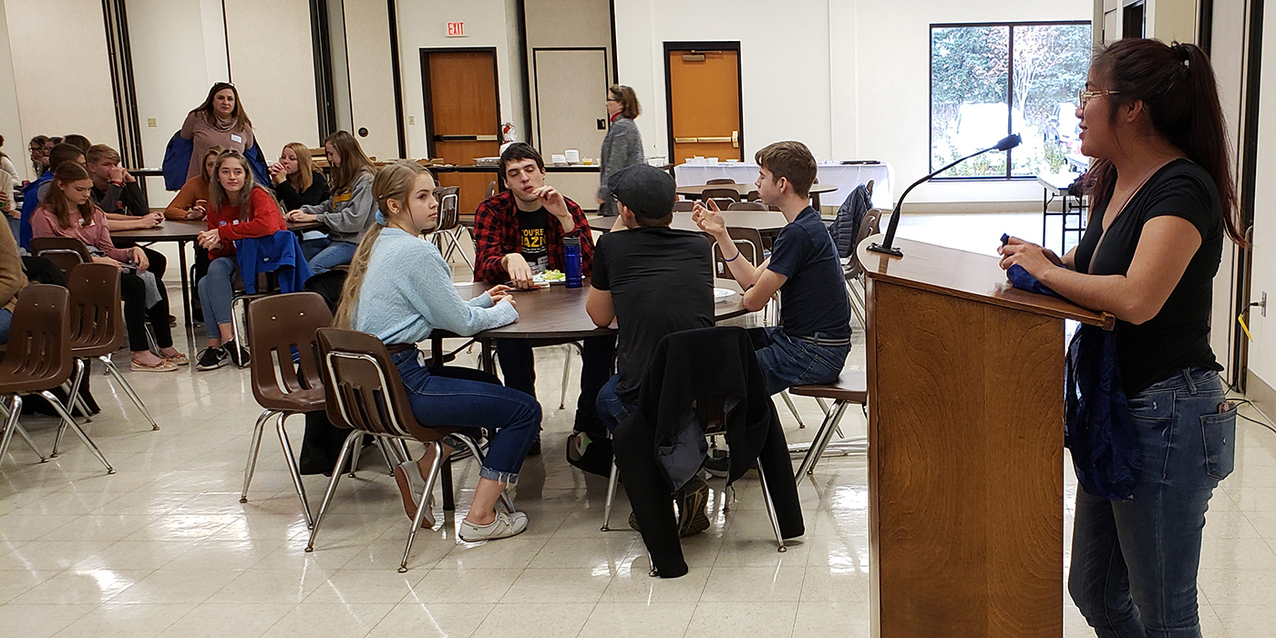 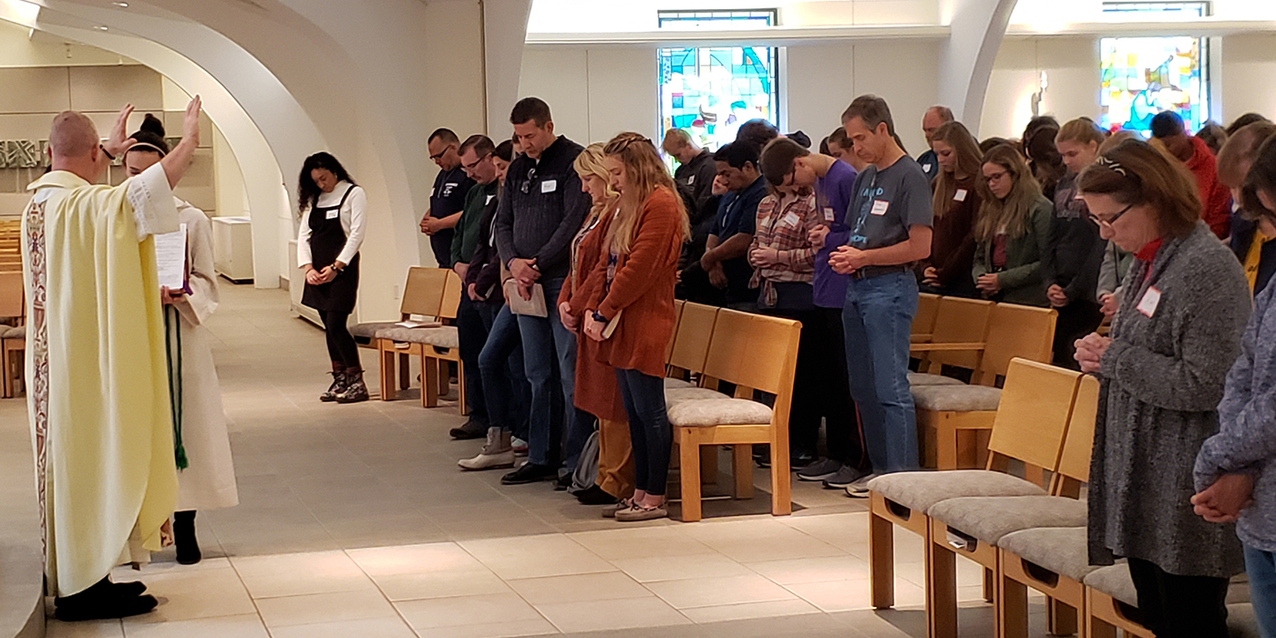 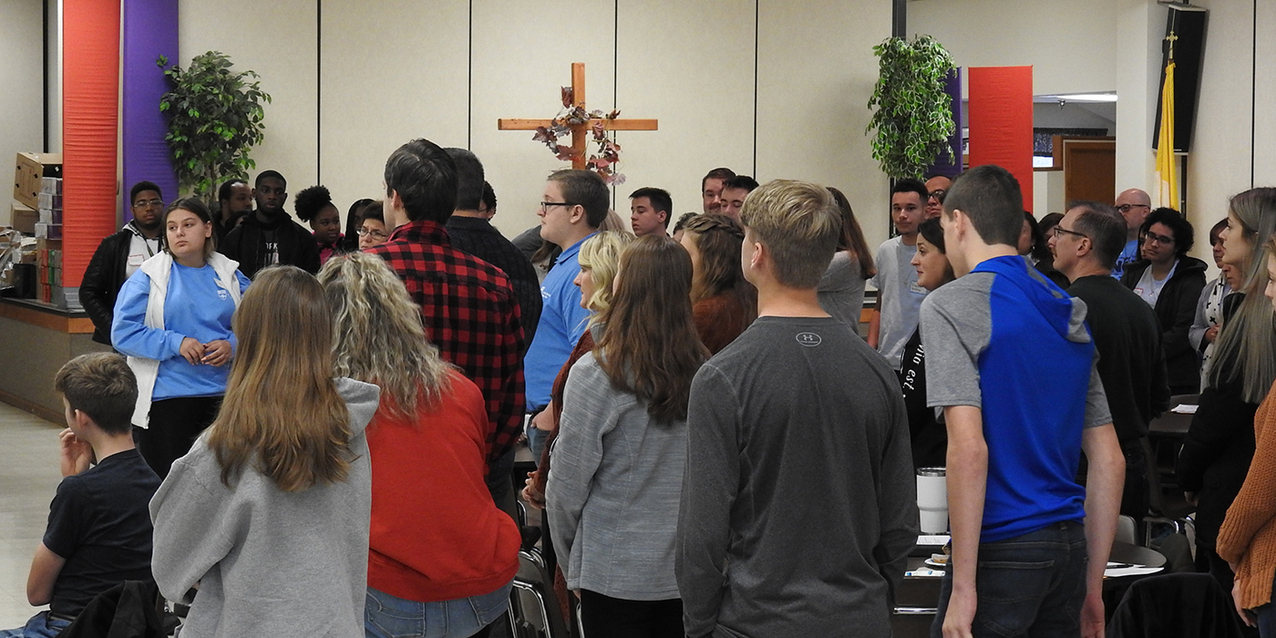 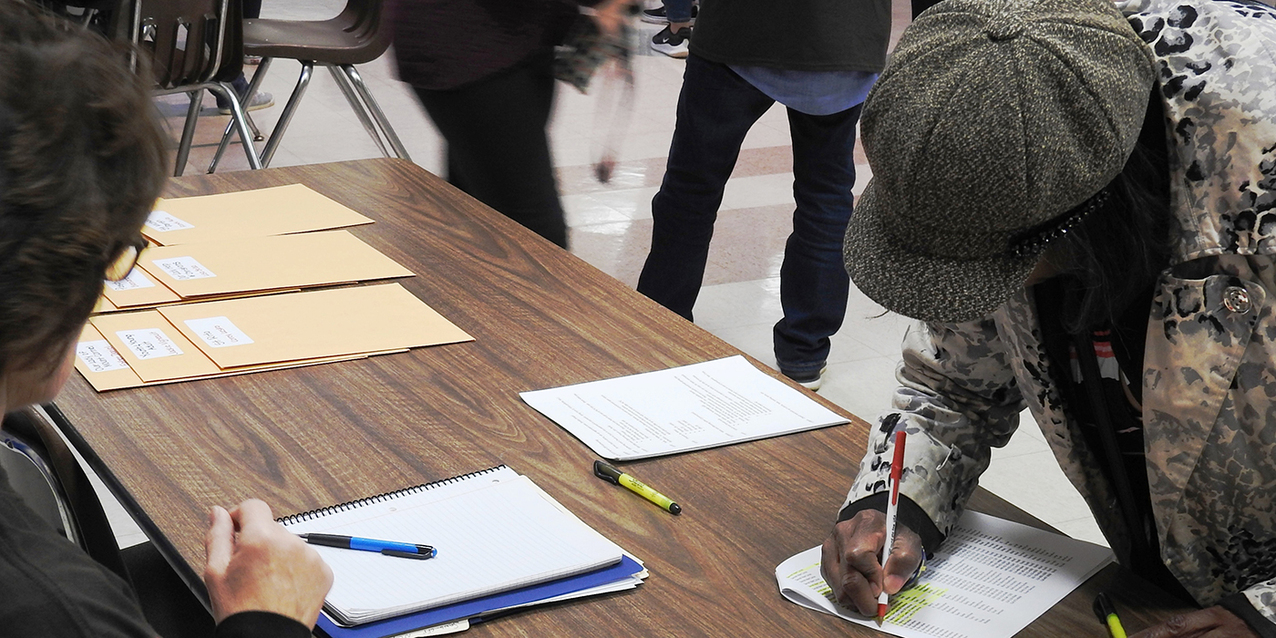 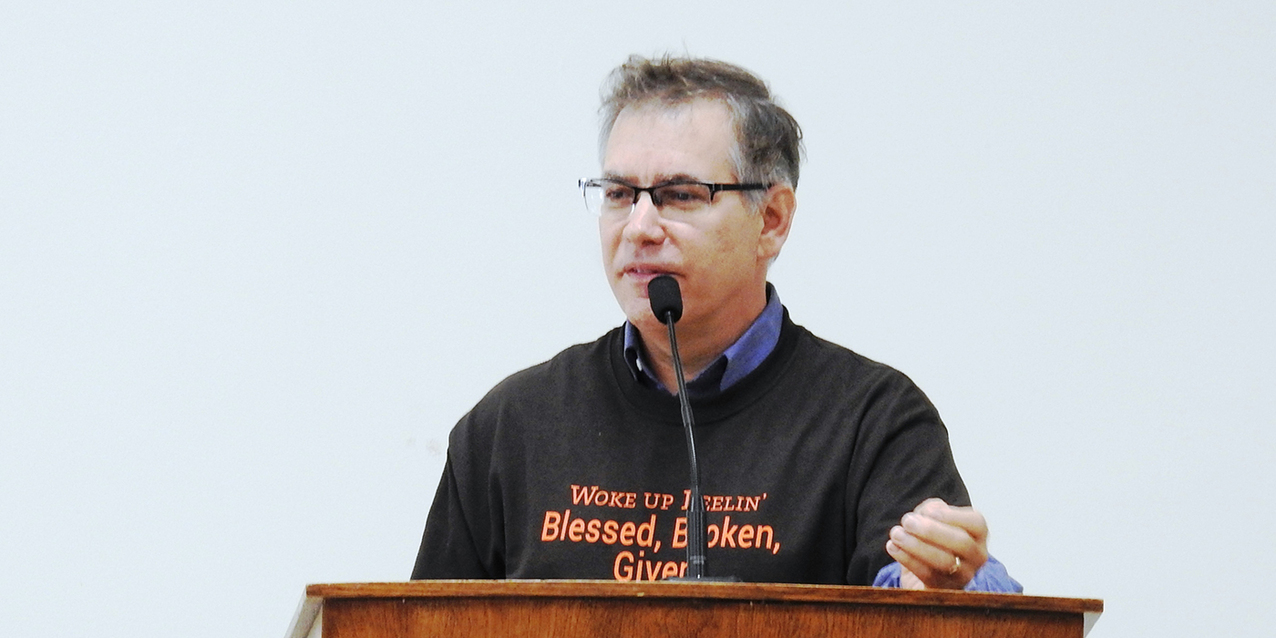 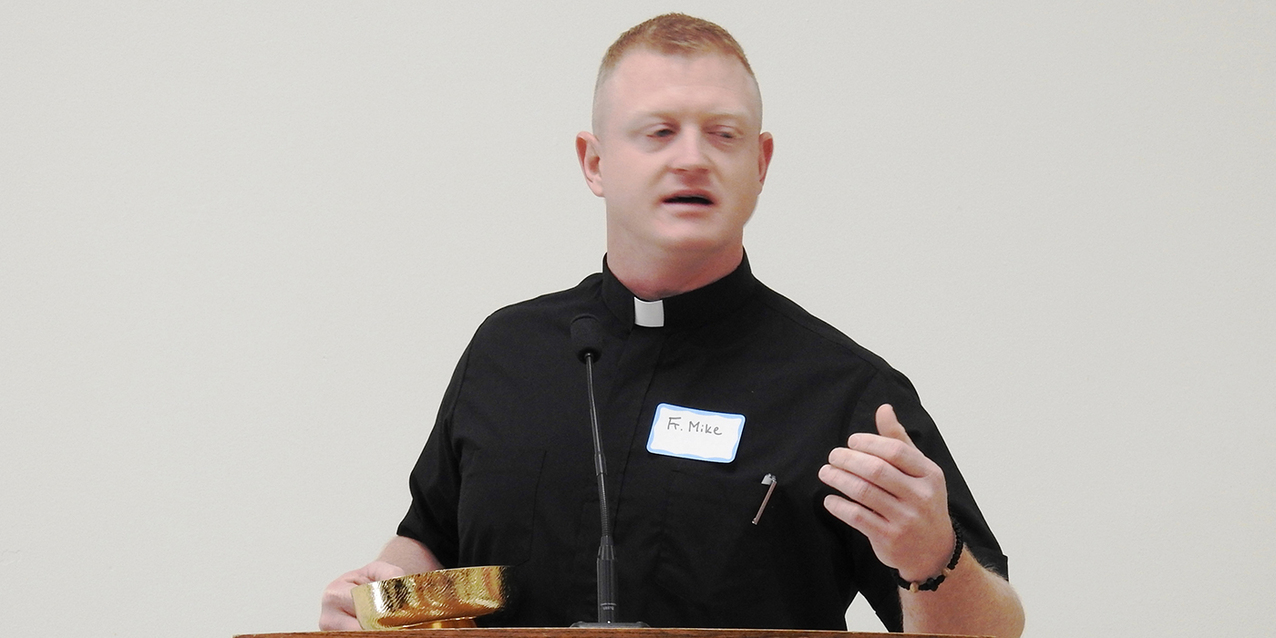 They will join Bishop Nelson Perez, who begins a three-year term as National Federation for Catholic Youth Ministry episcopal liaison this month – just in time for NCYC. The appointment was announced in July. Bishop Perez succeeds Bishop Frank Caggiano of Bridgeport, who is wrapping up two three-year terms as NFCYM episcopal liaison.

In the position, Bishop Perez will serve as an advocate for NFCYM and for youth ministry with the United States Conference of Catholic Bishops. One of his first official duties is participating in NCYC.

Buses carrying the students and their adult chaperones will leave from several locations the morning of Nov. 21 and head west to the conference. Mark Delsander of the Youth and Young Adult Ministry Office said they plan to stop at a parish about halfway to Indianapolis for a lunch break.

The group will arrive in Indianapolis in the late afternoon, just in time for the Region 6 Mass for groups from Ohio and Michigan. Bishop Nelson Perez will be the homilist. The conference opening session follows Mass.

But before heading to NCYC, many of the diocesan youth delegates attended a send-off gathering on Nov. 2 hosted by St. Ladislas Parish.

It was an opportunity for the teens to get acquainted and for delegation organizers to ensure all necessary paperwork for the delegates was in order.

Music minister Jim Pipik helped get the participants in the right frame of mind for the upcoming conference.

“You’re going on a trip,” he said, “so I have a song about a trip but it requires your participation.” Pipik engaged the group by asking them to respond to his questions as he accompanied them on the guitar. He told those gathered that “NCYC is not just a weekend; it’s a chance to grow in your faith. It involves responsibility and action.”

Pipik pointed out that he was wearing a shirt from NCYC 12 years ago. “I’m proud I got to go to NCYC when you were just in kindergarten,” he quipped. The conference, which is a three-day experience of prayer, community, evangelization, catechesis and service, is designed for Catholic teenagers of high school age. About 23,000 are expected to attend this year.

Father Mike McCandless, director of the diocesan Vocation Office, spoke to the group, sharing some of his background and how the conference theme fits into their lives. He said he was ordained 11 years ago and explained how he had friends outside the seminary who helped him as he discerned his vocation. One friend named John is someone he became close to while in high school.

“The seminary is a great place,” Father McCandless said, but he told the group that he also spent time talking with John on the phone and visiting him at Baldwin Wallace University when he could.

“John spent time, sacrificed and interrupted his life many times for me,” he said. Father McCandless said his parents divorced when he was young, but he developed a close relationship with his stepfather. “He was a great guy and we talked about the friendships in our lives,” he said. “I see some of those same friendships in your lives.”

Father McCandless said some friends develop later in our lives, but we can become close with them. “God will continue to build new friends throughout your lives,” he added.

We are blessed with friends, he told the group, but noted that sometimes friends can break us -- or we can break them. “Friendship has a cost,” Father McCandless said. “The cost of friendship may cause us to be broken, and when you’re broken, you’re given.”

The teens were asked to write personal reflections and practice actions on papers which were collected and offered up at Mass. The papers will be returned after NCYC.

Father McCandless also celebrated Mass for the group and gave them a special blessing after Communion.

Some of those who attended NCYC previously shared their favorite conference moments with the group and offered words of wisdom.

As the session ended, the teens received their NCYC shirts, hats and items they can trade with other delegates.

The conference will include daily Mass, a Eucharistic procession, adoration, speakers, reconciliation, breakout sessions, communal prayer, entertainment and opportunities to meet teens from across the country.

Archbishop Charles Thompson of Indianapolis will celebrate the closing Mass the night of Nov. 23 and the teens will return home on Nov. 24.

Many of the conference sessions will be streamed live at ncyc.info/livestream.

Watch for updates on diocesan social media platforms and the diocesan website throughout the conference.