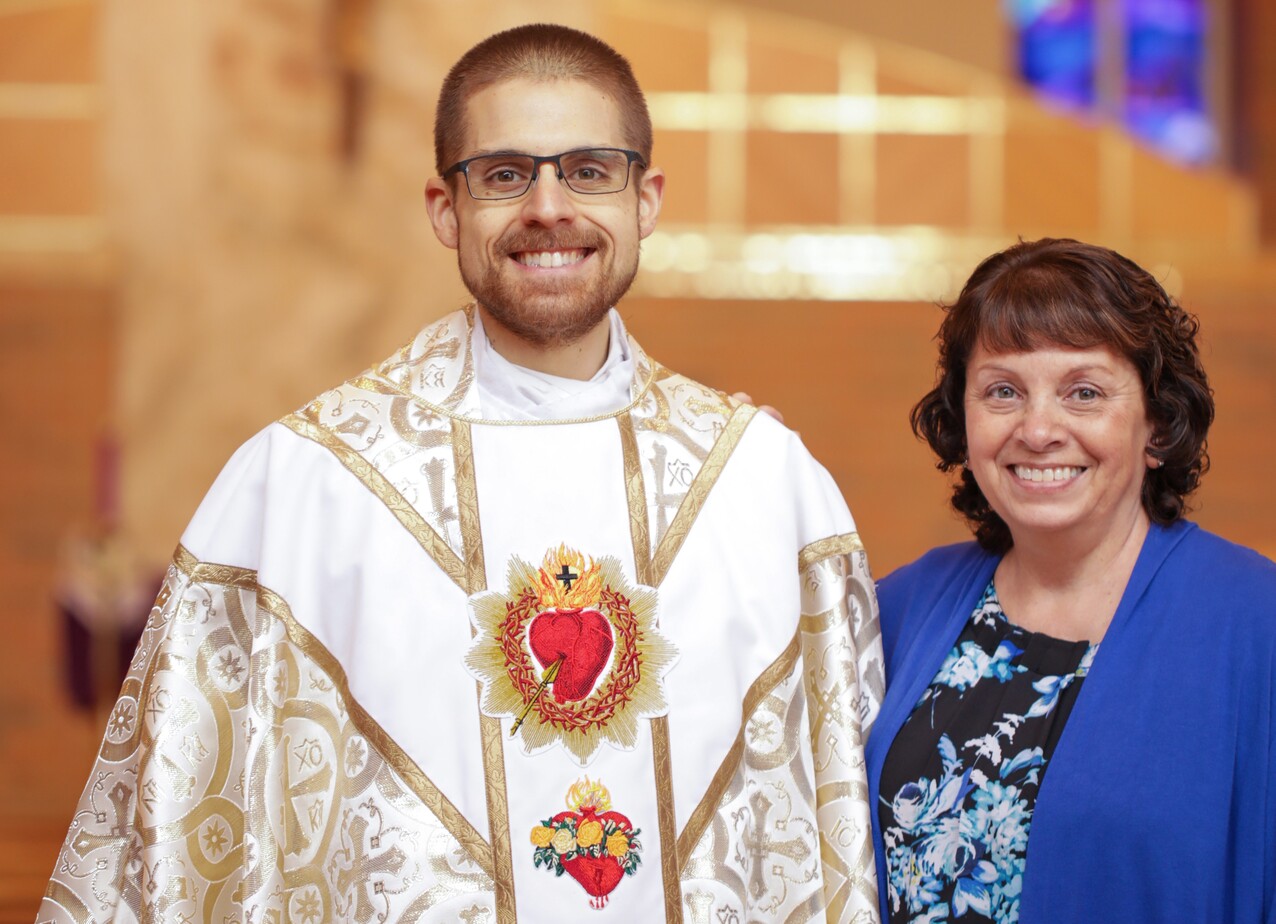 The new, May/June issue of Northeast Ohio Catholic magazine, the largest diocesan magazine in the country, is on its way to households across the eight-county Catholic Diocese of Cleveland.

In his column, Bishop Edward Malesic urges the faithful to turn to the rosary to receive abundant grace. A companion piece explains the rosary and how to pray it.

The Parma community rallied to help St. Anthony of Padua School reopen at the former St. Bridget School in Parma after their building was damaged in a fire.

The class of 2022 is saluted in a special two-page spread featuring the top students from each high school across the diocese.

Get a preview of The FEST 2022, which returns home this summer to the Center for Pastoral Leadership, a look at what’s new with the Synod on Synodality and information about diaconate and priestly ordinations and religious jubilees.

In the popular In the Know with Father Joe column, Father Joe Krupp talks about how to determine what God wants you to do to serve him. Father Dan Schlegel encourages readers to go to their Grand Canyon in the Last Word column.

The magazine also includes the regular features: Things to Do listings, News Briefs, In Memoriam and Clergy Assignment Changes.

If you don’t get the magazine and would like to be added to the mailing list, contact mwancata@dioceseofcleveland.org or call 216-696-6525, Ext. 2610. Also, stay connected between magazine issues by subscribing to the weekly companion e-newsletter, which is emailed every Thursday afternoon.