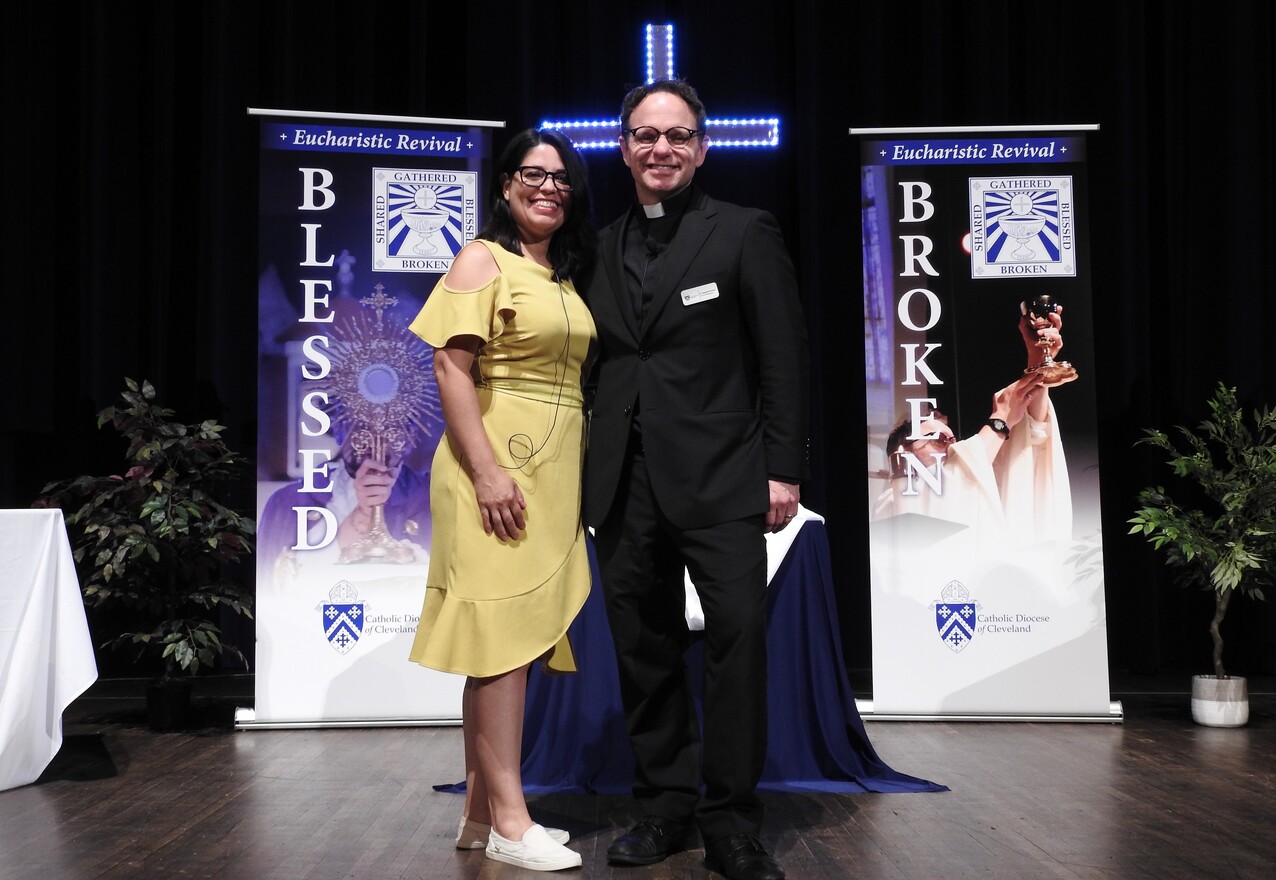 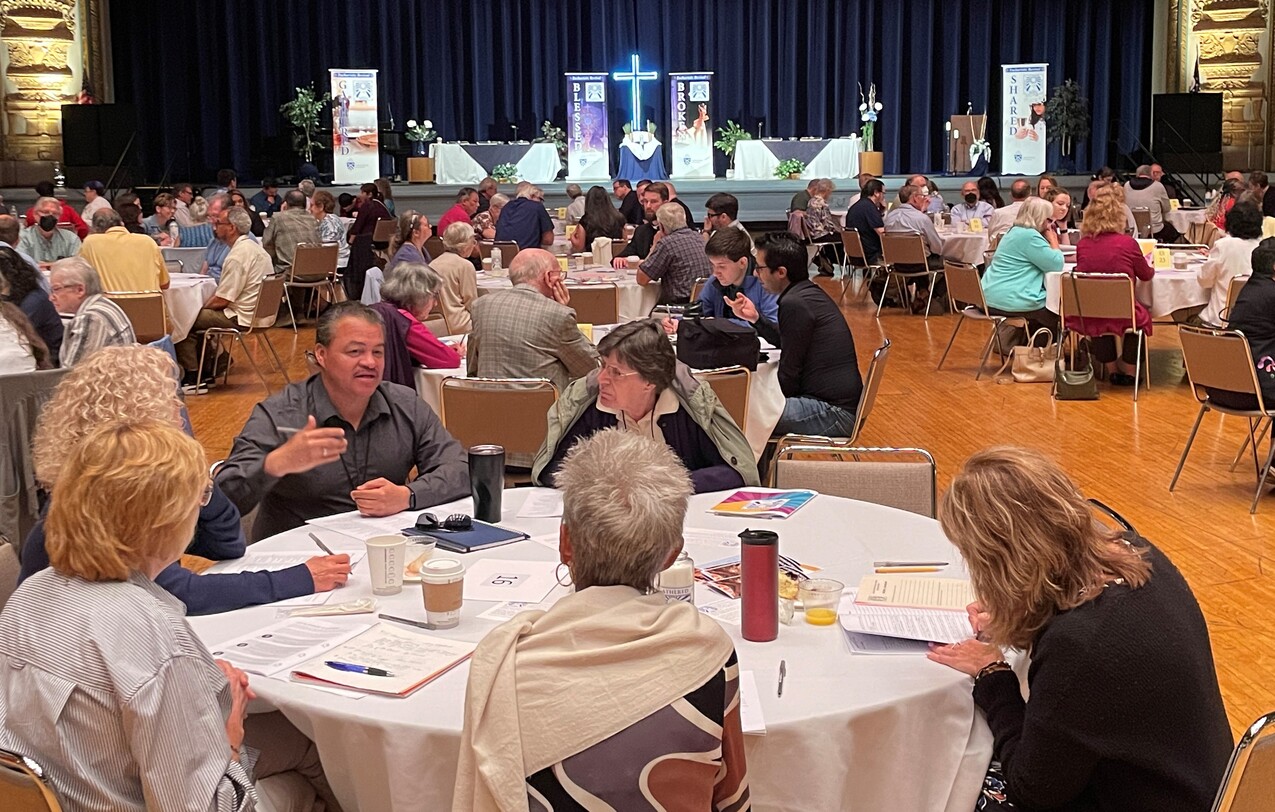 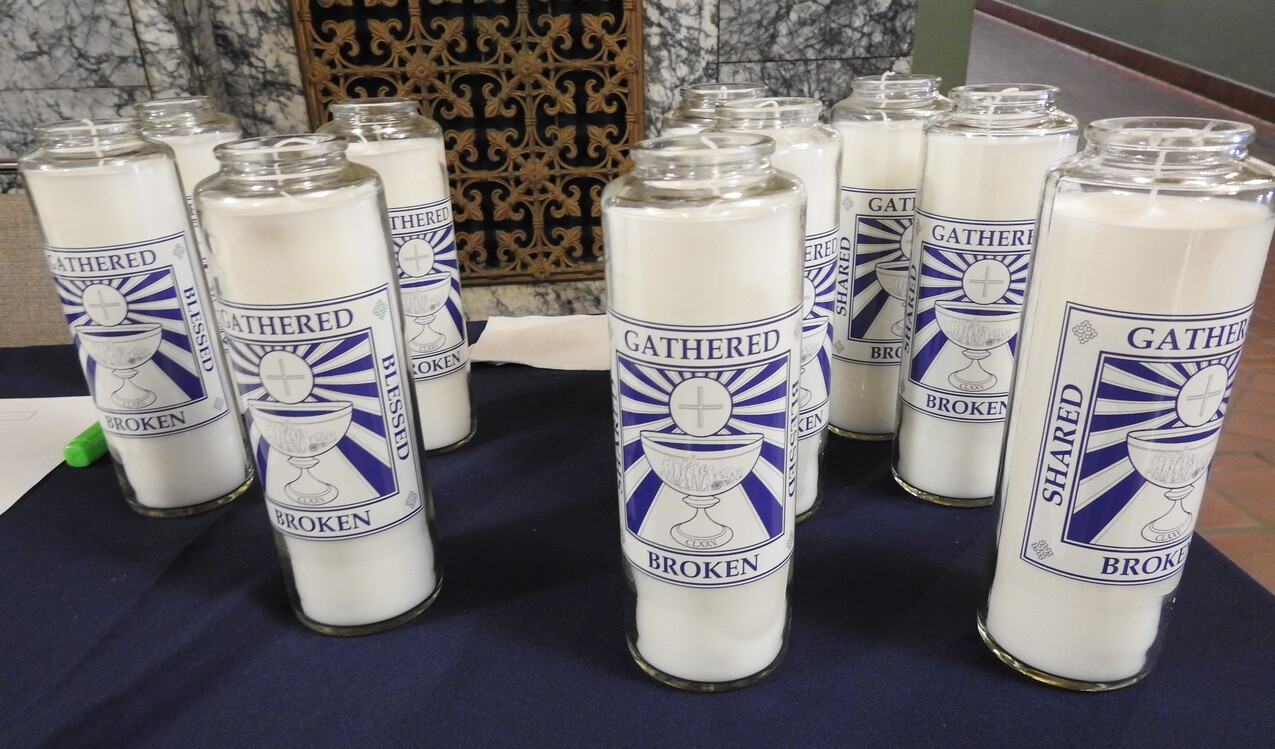 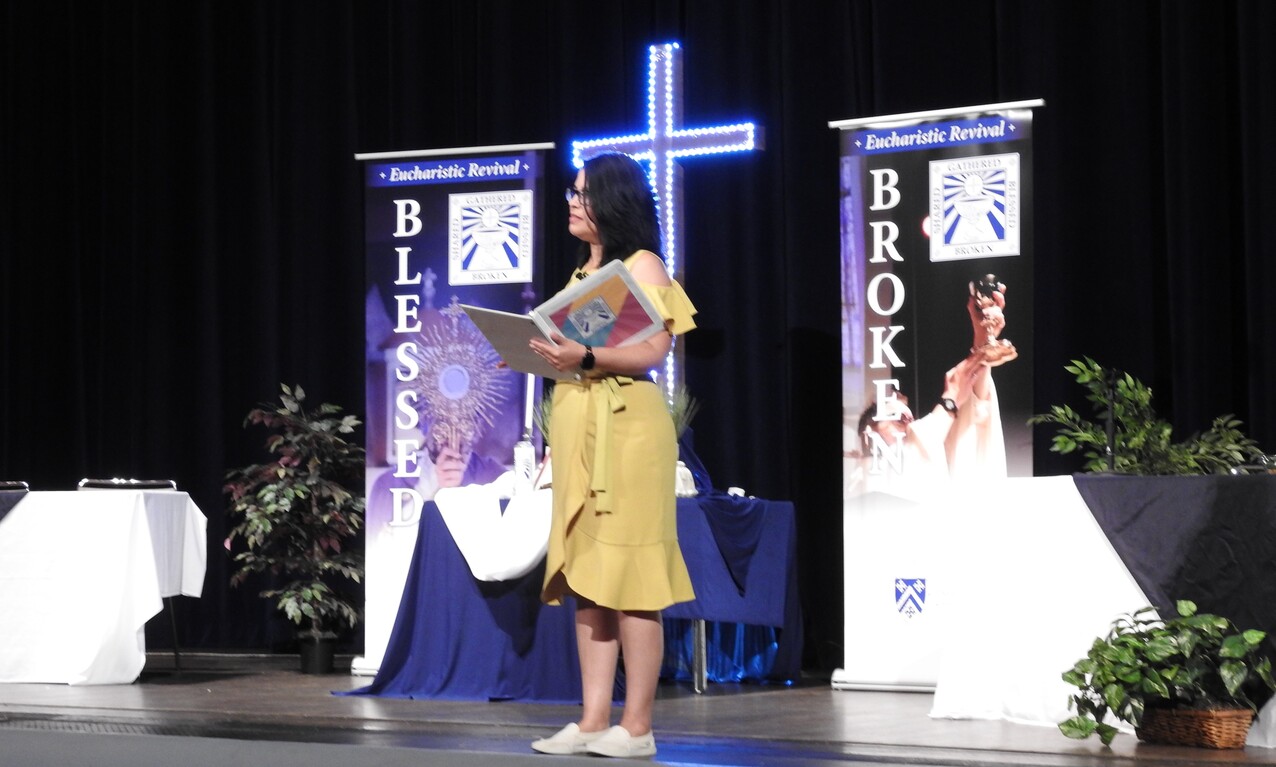 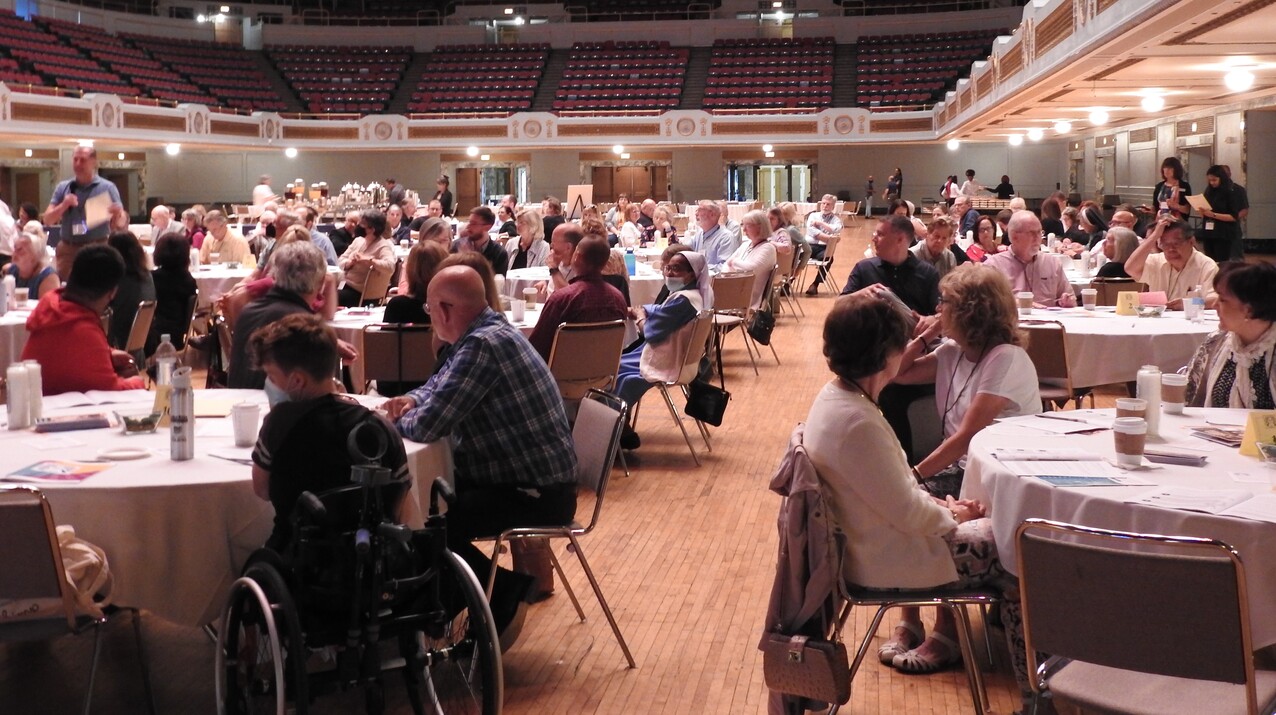 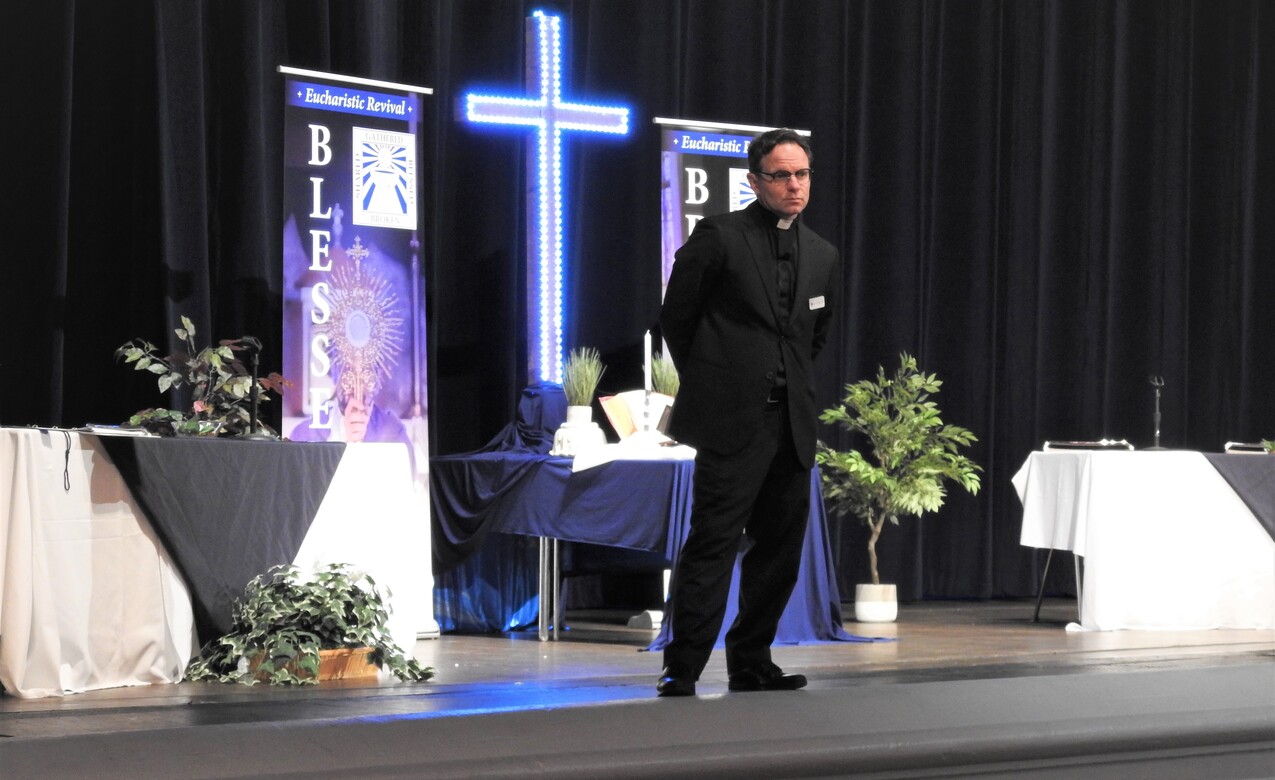 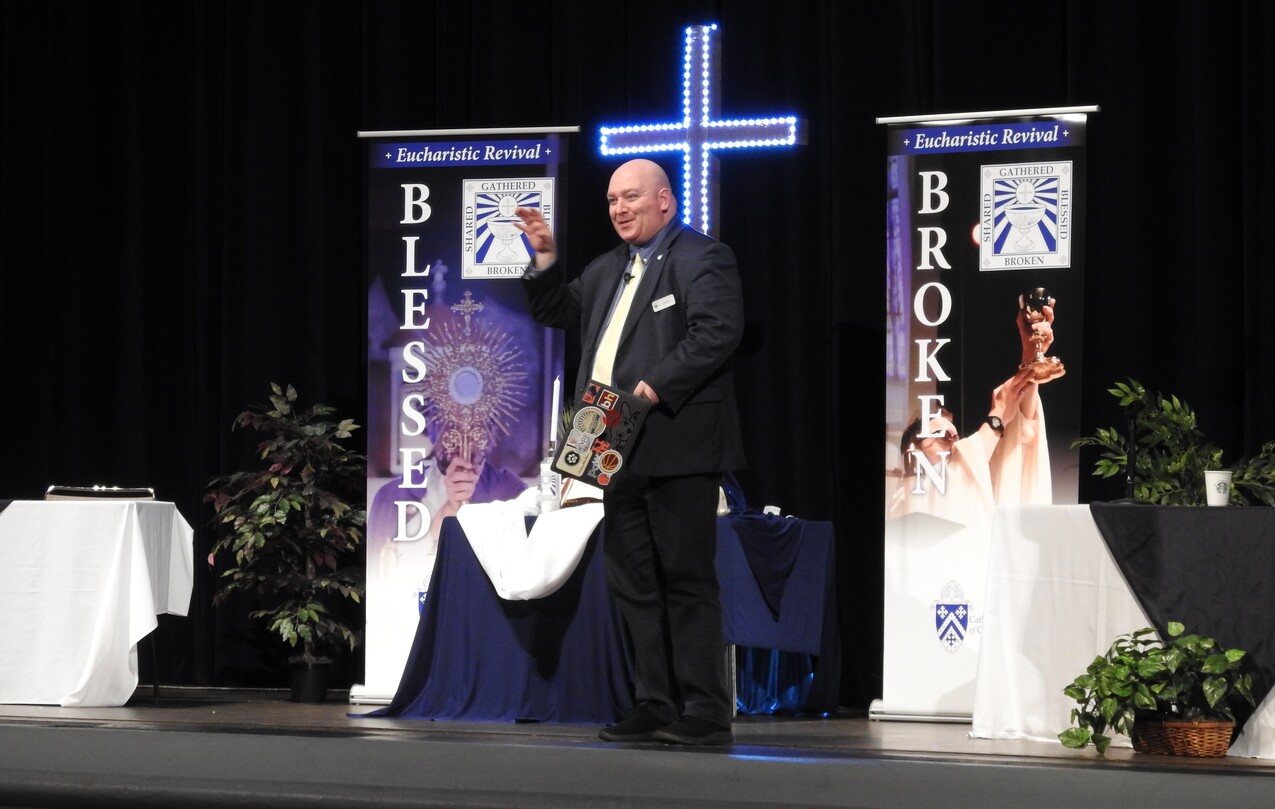 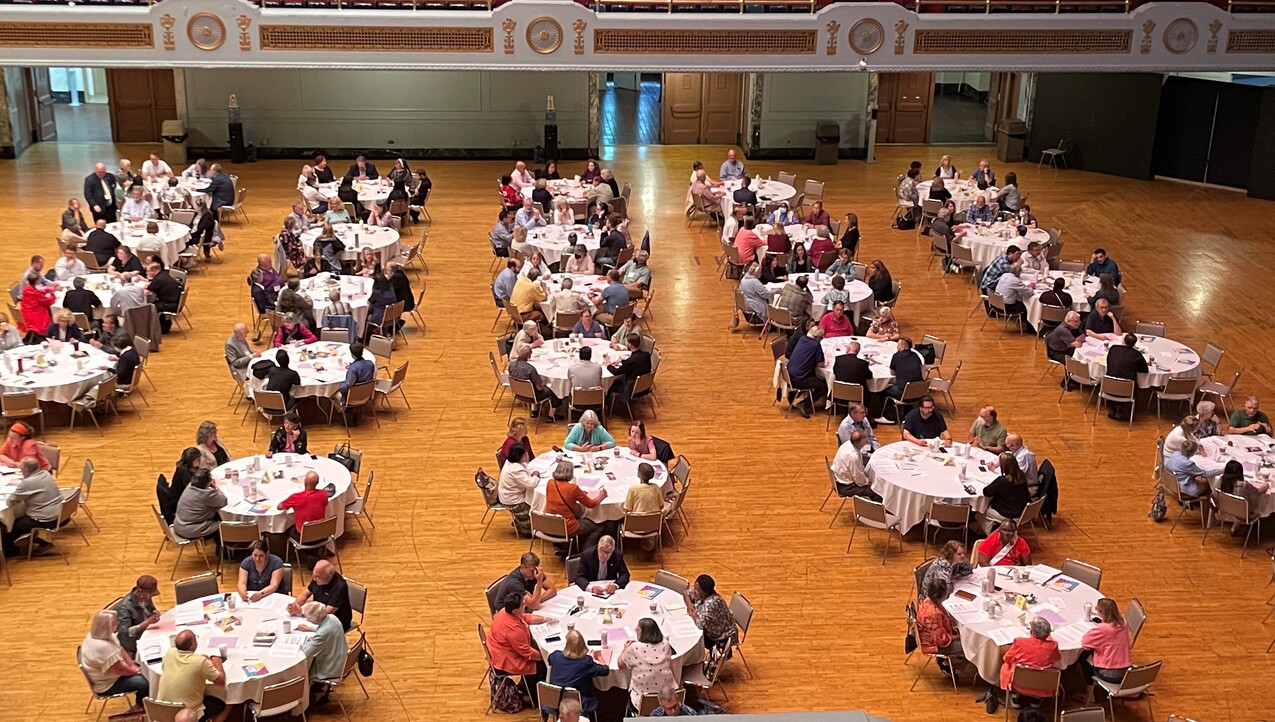 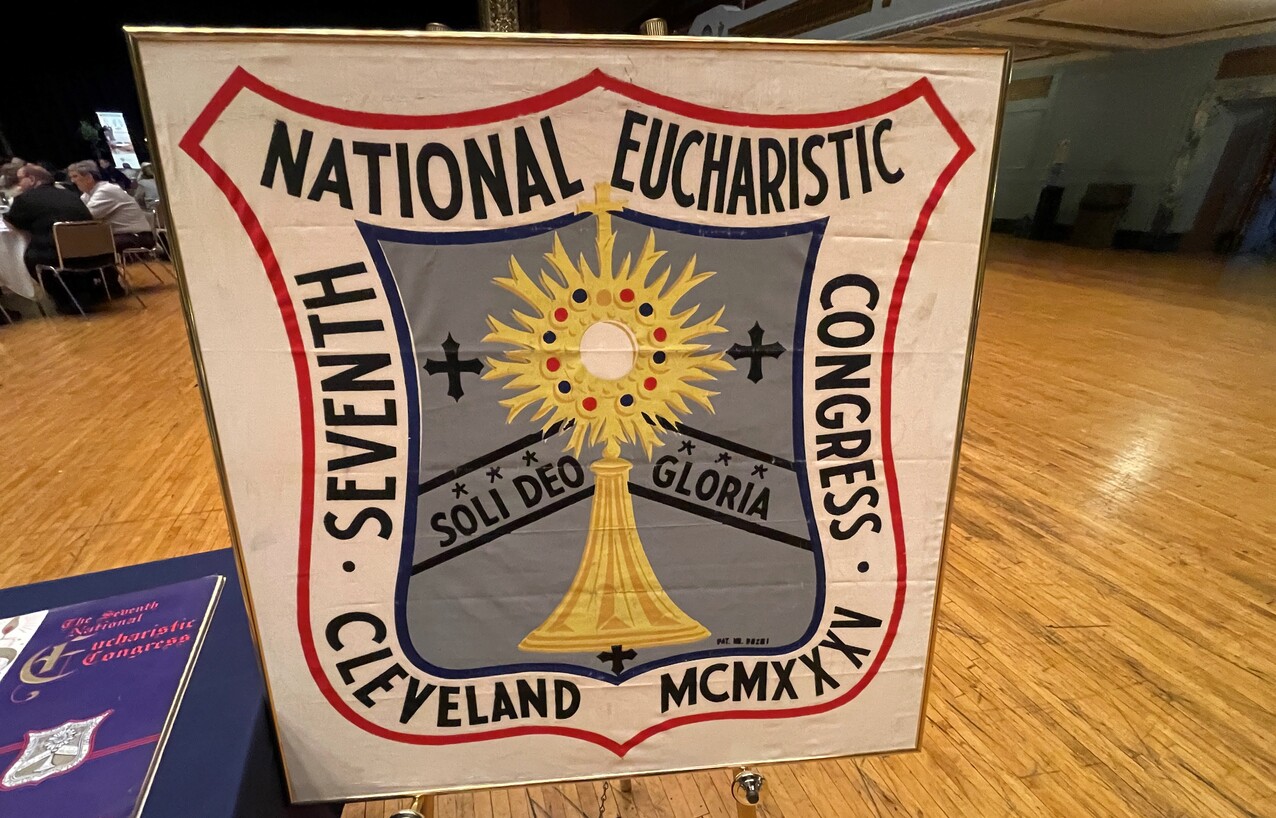 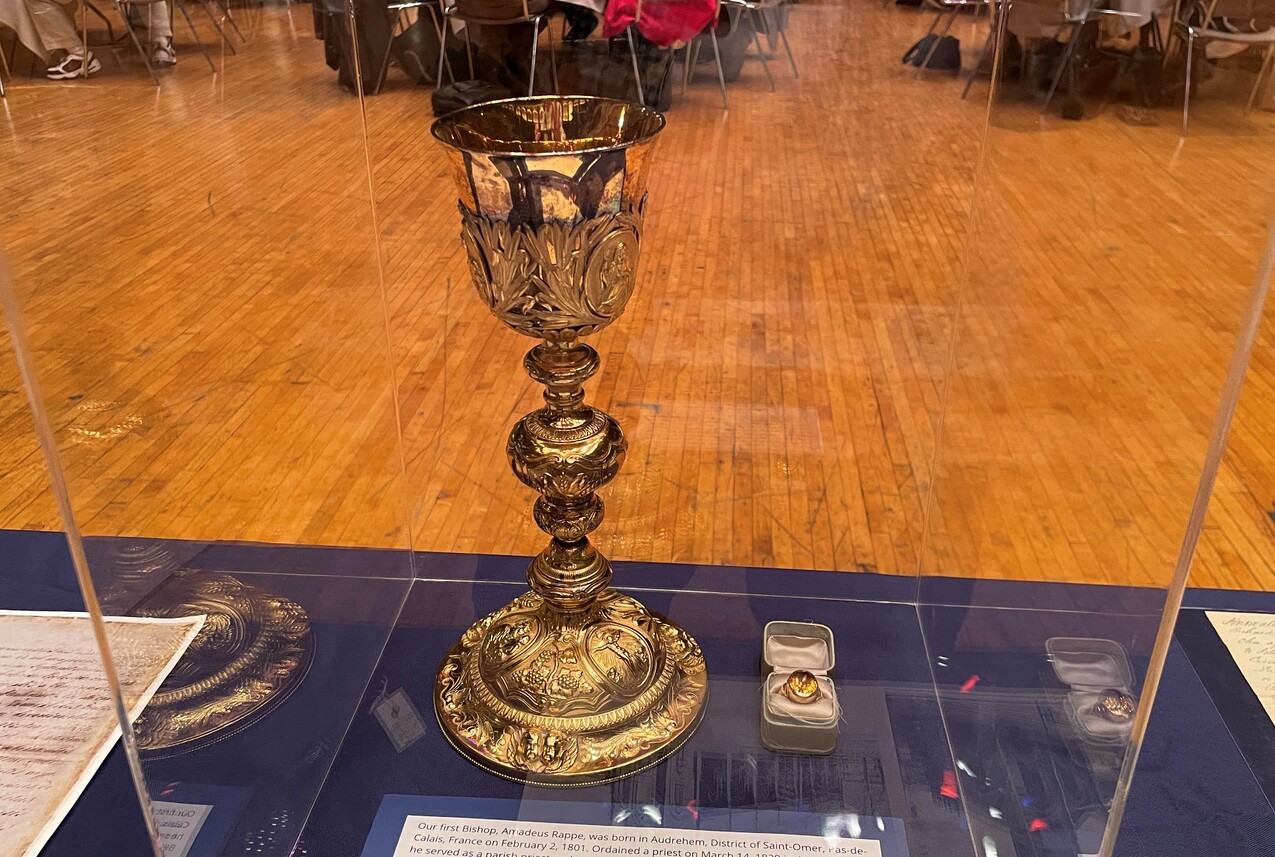 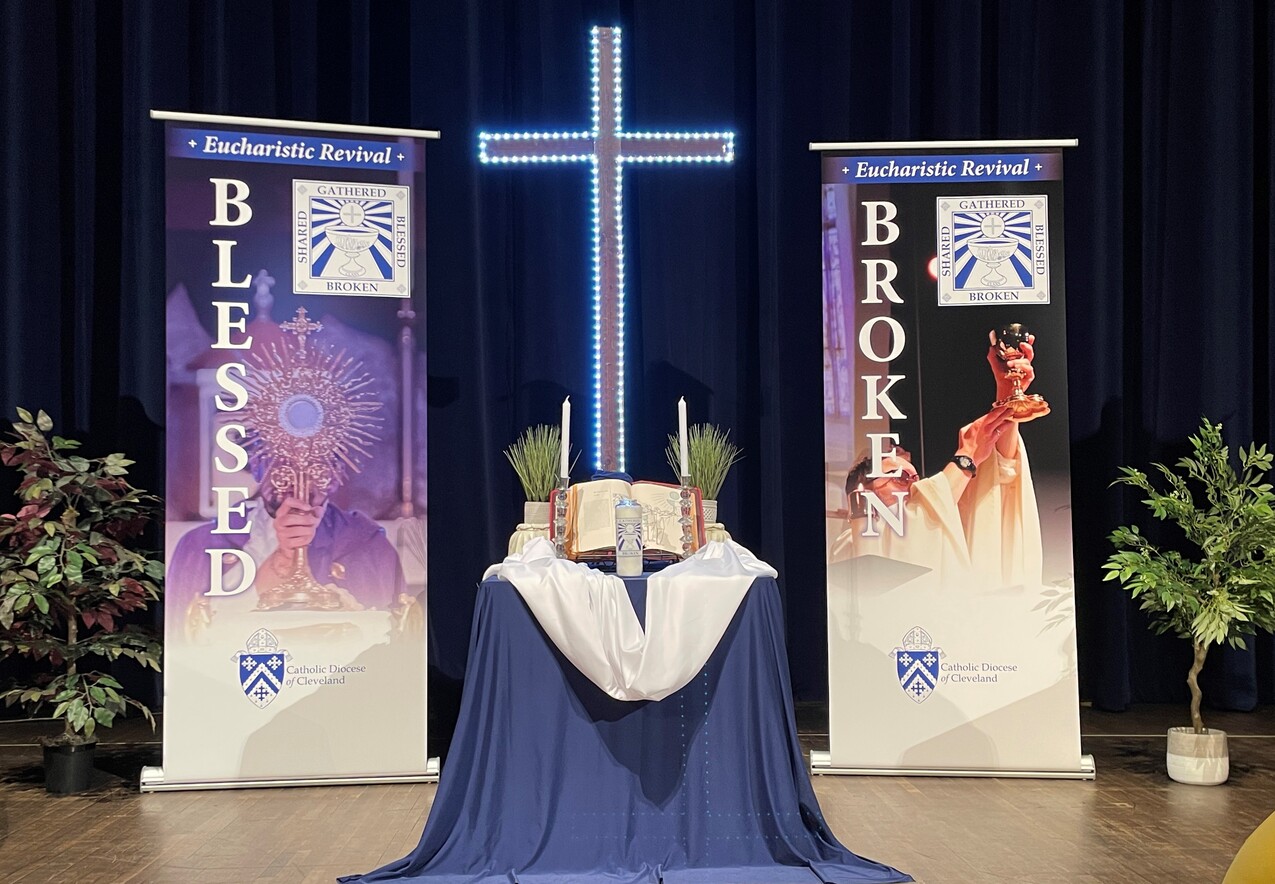 After months of training facilitators, conducting listening sessions both in person and online and preparing reports, more than 250 people gathered on June 11 for the conclusion of the diocesan pre-synod process.

“The response to the synod in our diocese far exceeded our expectations, especially in light of all the challenges that we faced with timing and the pandemic,” Saenz said, thanking all who were involved with the process.

The day began with a welcome and opening prayer. Bishop Edward Malesic planned to spend the day at the event, but due to the death of his father, he was unable to attend. However, Bishop-elect Michael Woost was there.

Bishop Malesic wrote an introductory message for the gathering, recalling his homily for the opening Mass of the diocesan synod on Oct. 17, 2021 in the Cathedral of St. John the Evangelist. “On that day, I preached about a Church on mission in this world, in communion with one another and walking together toward our heavenly home. I was encouraged,” participation from as many people as possible in this synodal work of being the Church that proclaims and lives Gospel of Jesus Christ,” he wrote.

The bishop said he was “thrilled to report that in only a few months, we have heard from almost 12,000 different voices at our synodal listening sessions from across the eight counties of the Diocese of Cleveland, with over 160 reports received. I am so grateful to all who participated in those listening sessions and to all who helped organize them,” he added.

Attendees were assigned to tables at which they discussed three themes during the day: communion, participation and mission. There were multiple subcategories for each theme. After a timed discussion period during which each person shared their thoughts, a representative of each table presented an emerging action to share with the group.

Saenz said data collected during the in-person and online listening sessions is being distilled into a diocesan report that will be submitted to the United States Conference of Catholic Bishops at the end of the month. That information will be compiled into a national report and submitted in Rome.

She said parishes are encouraged to implement any action items or ideas they think will be helpful as they plan how to move forward together as a Church on mission.

As the event drew to a close, Mike Hayes, director of the Office of Young Adult Ministry, asked attendees to think about what moved their hearts during the gathering and how it will propel them into action.

The Knights of Columbus sponsored the program.

A blessed candle was provided for each parish in the diocese to help launch the Eucharistic Revival in the diocese. Parishes were invited to place the candles in the church and to burn them as a way of helping to connect all 185 parishes for the revival.

“The synod team will continue to review all data from the 168 pages we received to discern ways we can support and continue to move forward as Church. We encourage all participants to use what you heard and learned and to put it into practice,” Saenz said. “There is no limit on listening,” she added, encouraging parishes and other ministries to continue that process.

Attendees also could view a display of historical artifacts from the diocesan archives. Among the items archivist Emily Ahlin brought were a copy of the papal document establishing the Diocese of Cleveland in 1847, a chalice and ring used by Bishop Amadeus Rappe, the first diocesan bishop, items relating to the diocesan mission in El Salvador and items from the National Eucharistic Congress hosted by the diocese in 1935.

After the program ended, participants were invited to walk together to the Cathedral of St. John the Evangelist for the 4:30 p.m. Mass, which launched the diocesan Eucharistic Revival. Following Mass, there was a procession to St. Peter Church for XLT -- adoration, prayer and song. The evening ended with a cookout and social.