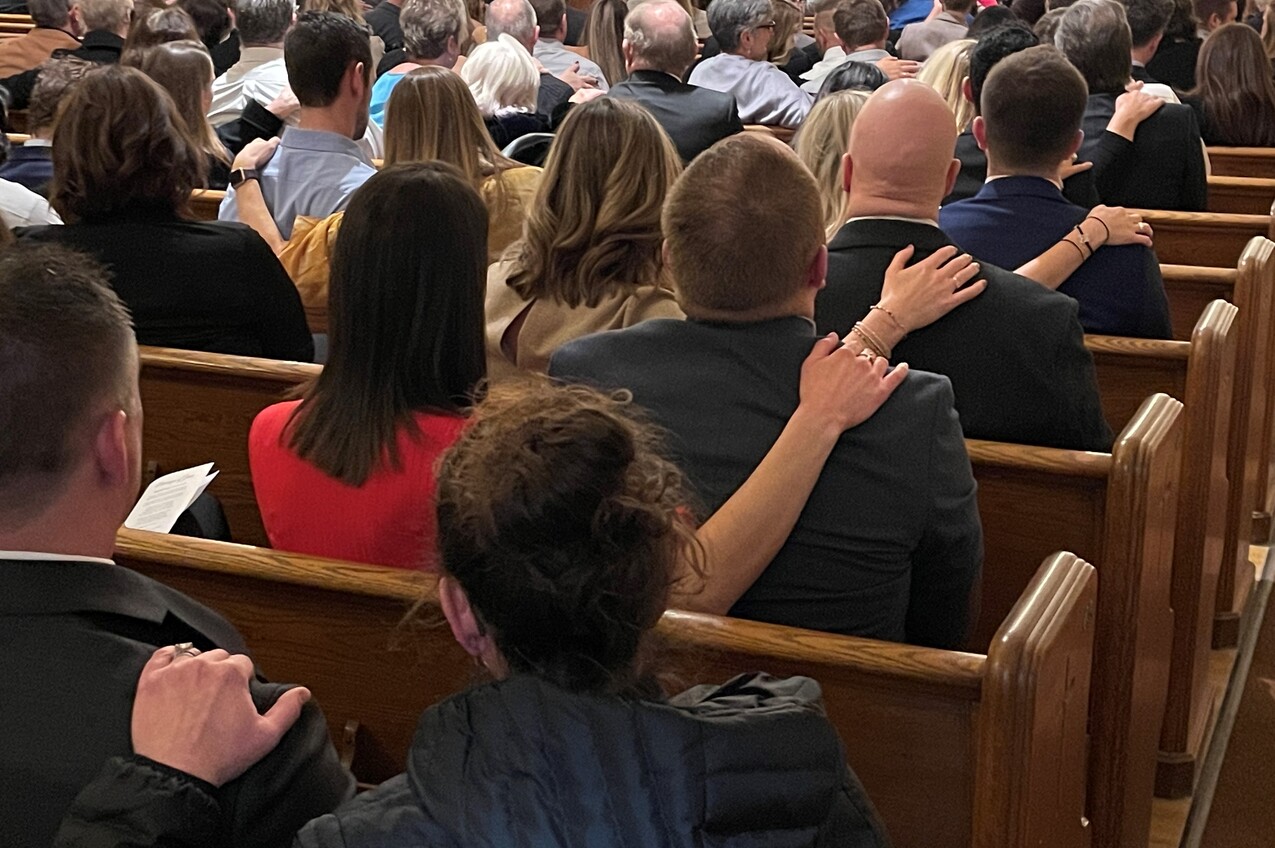 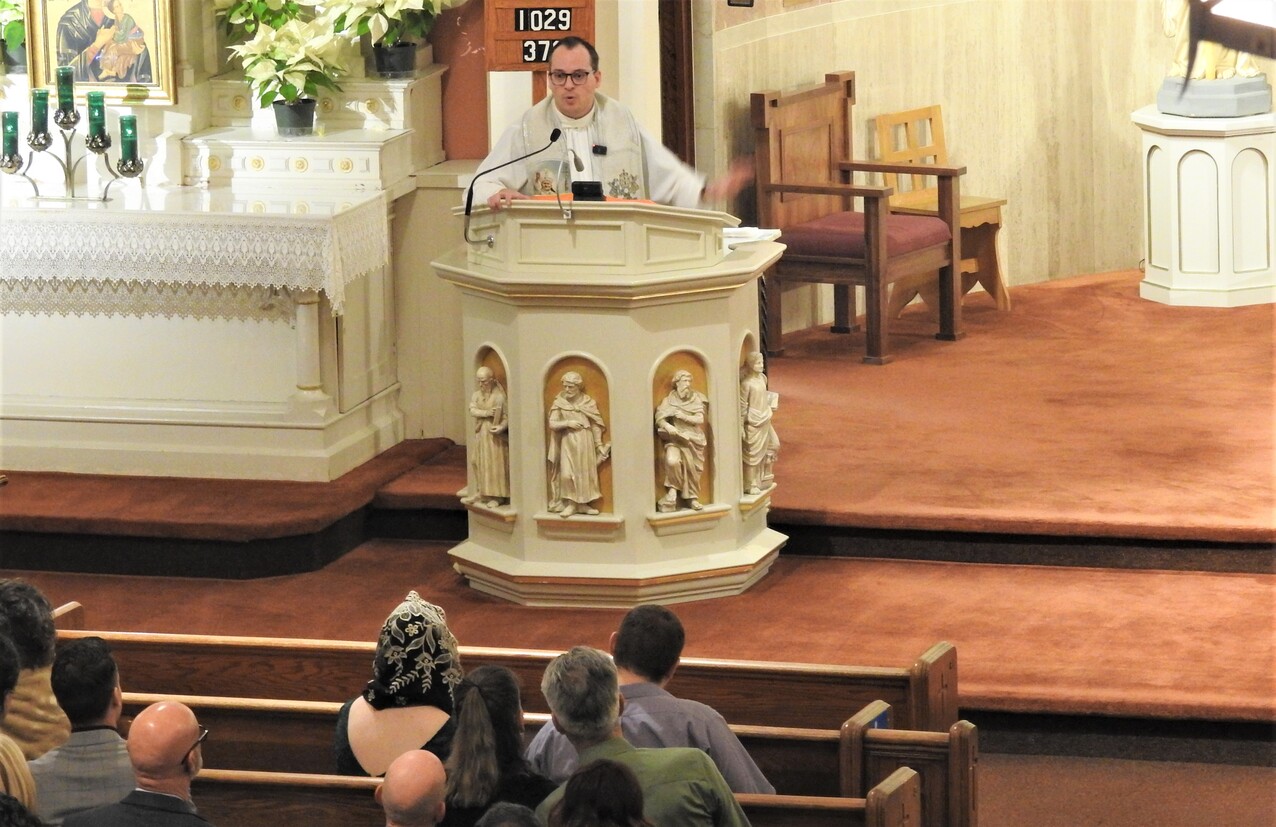 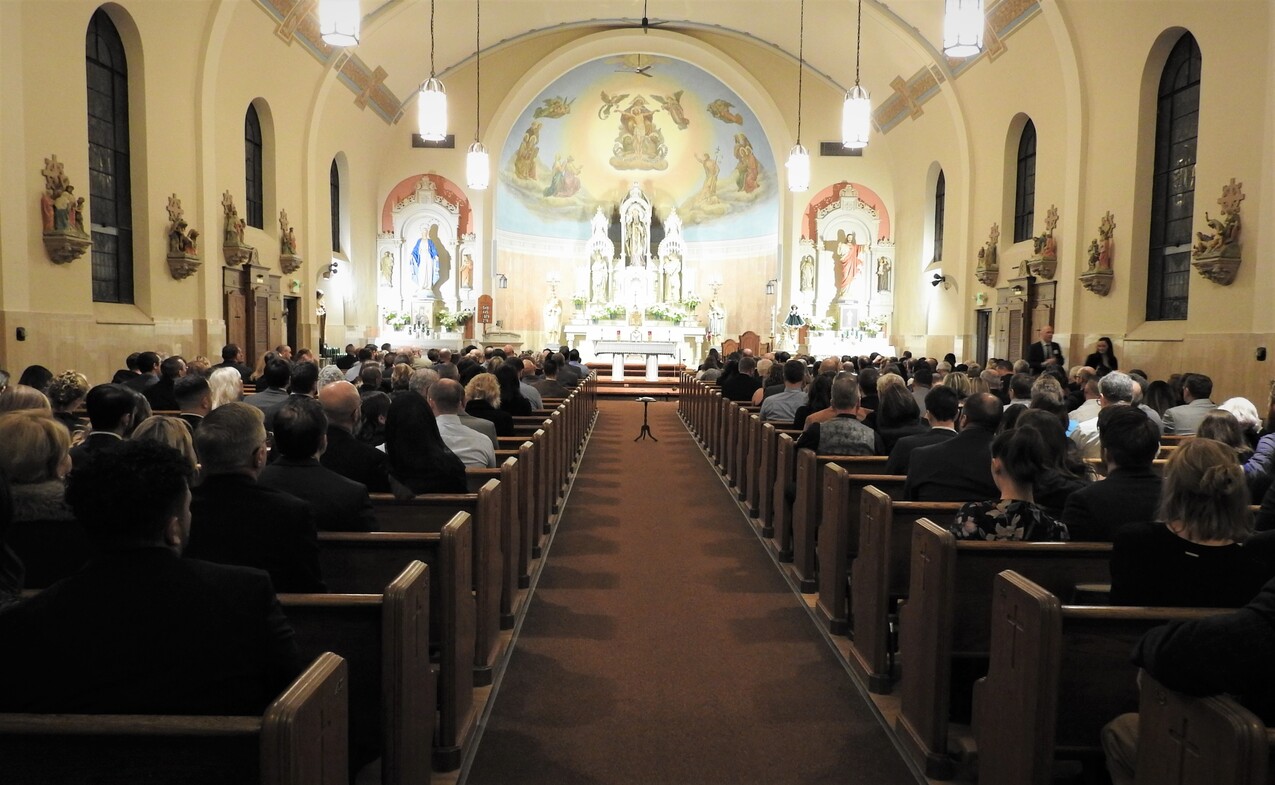 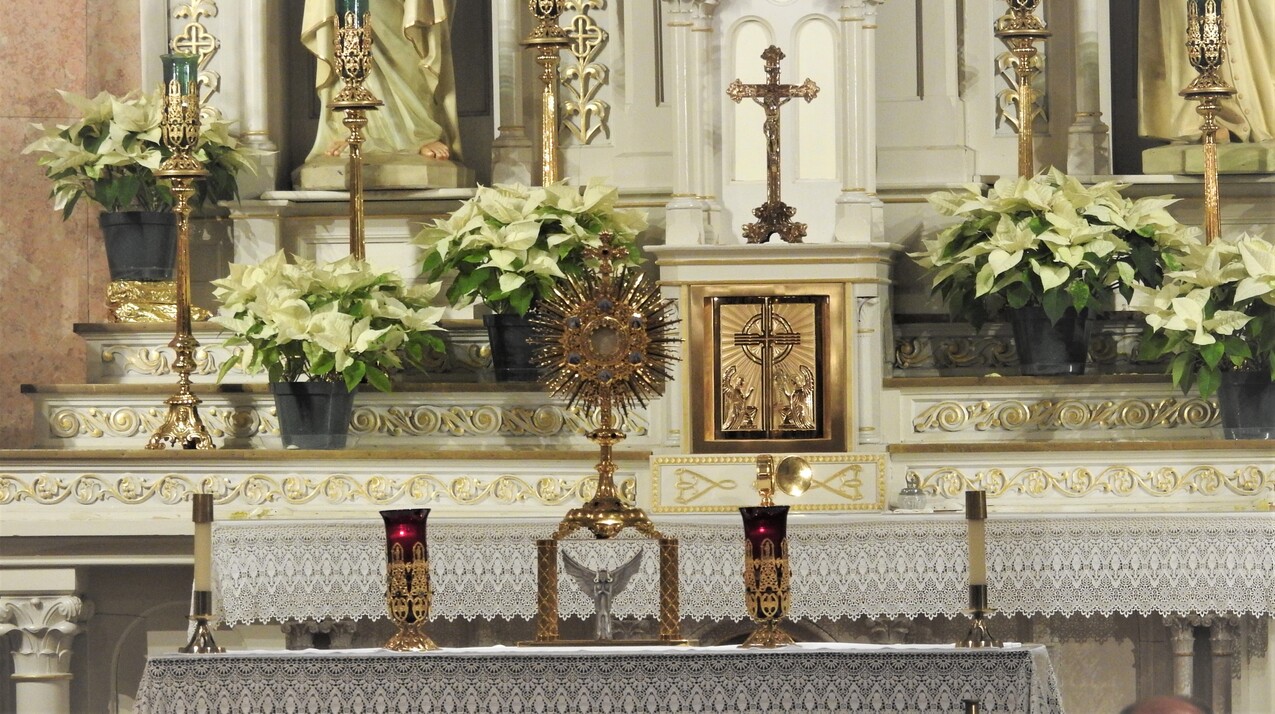 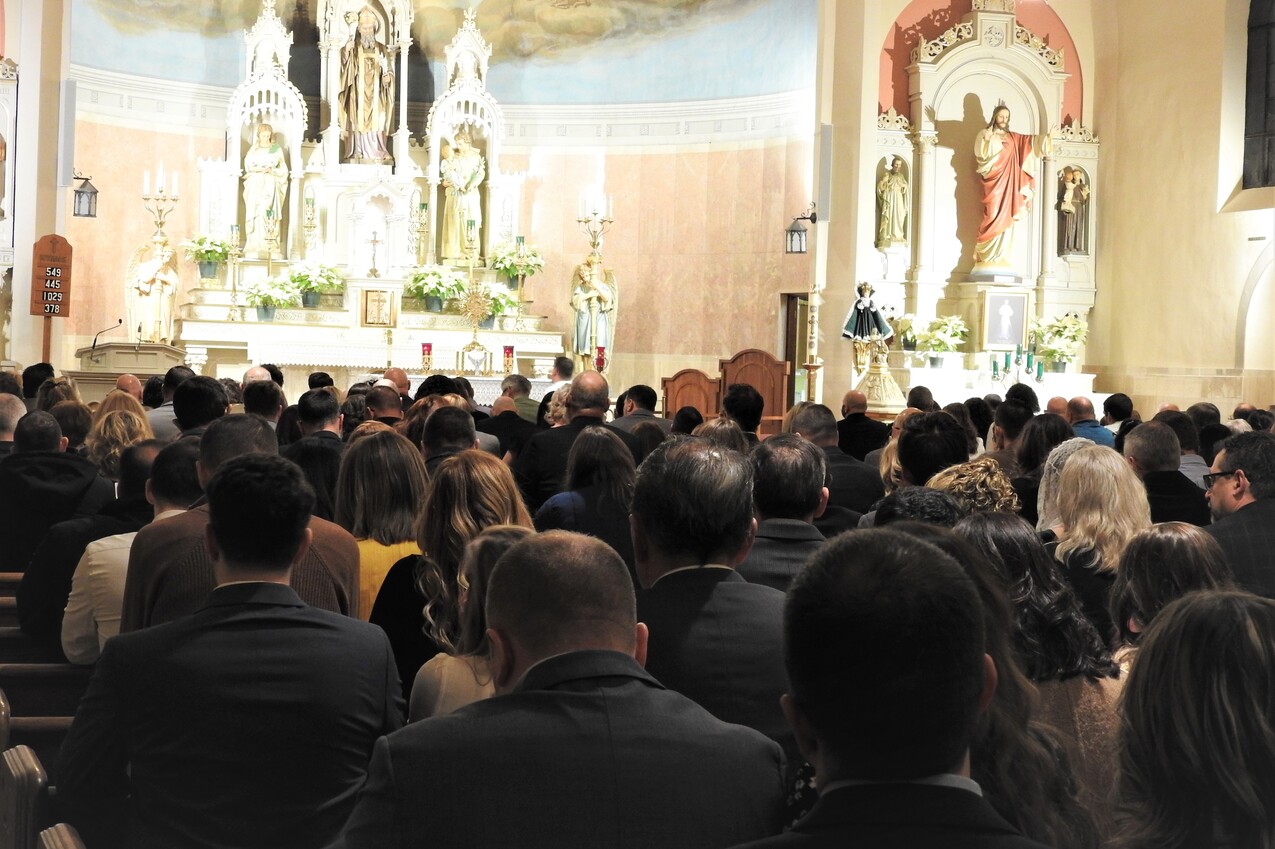 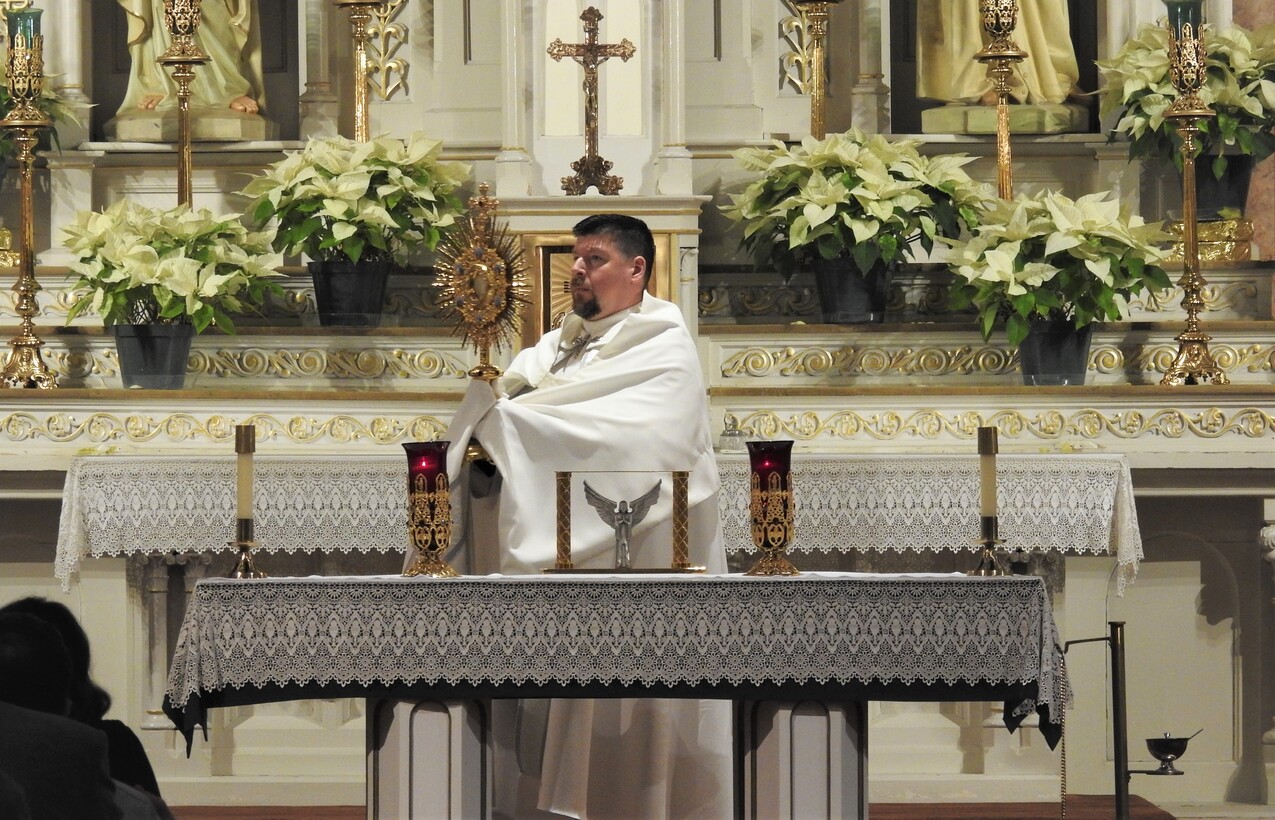 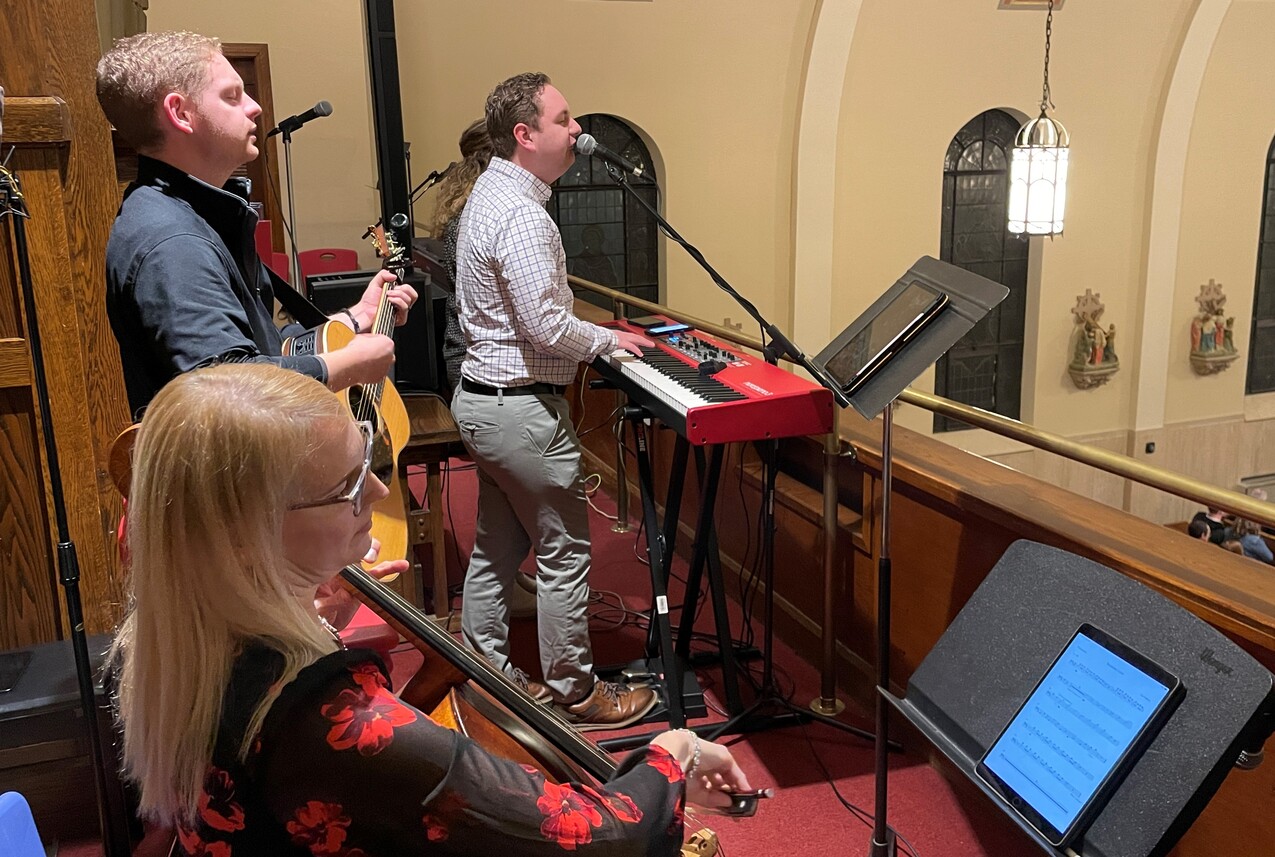 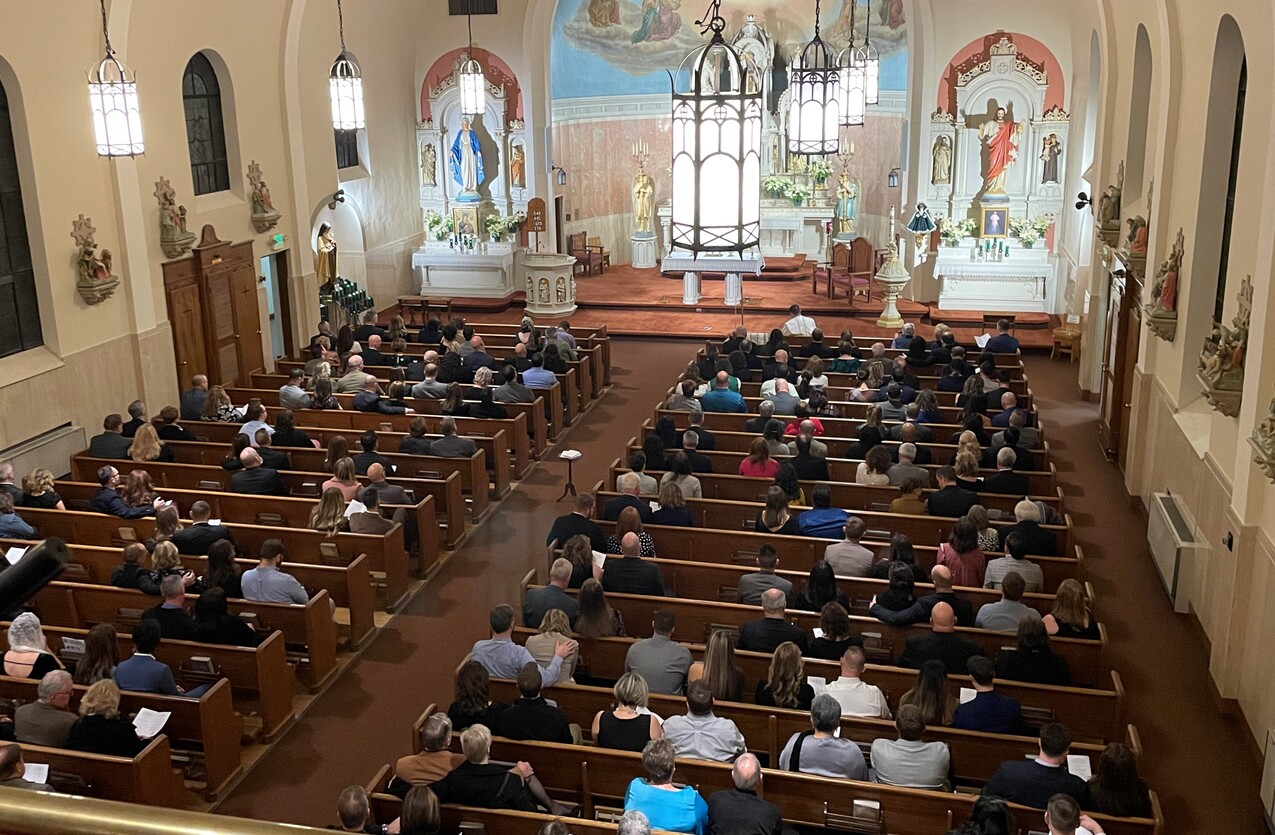 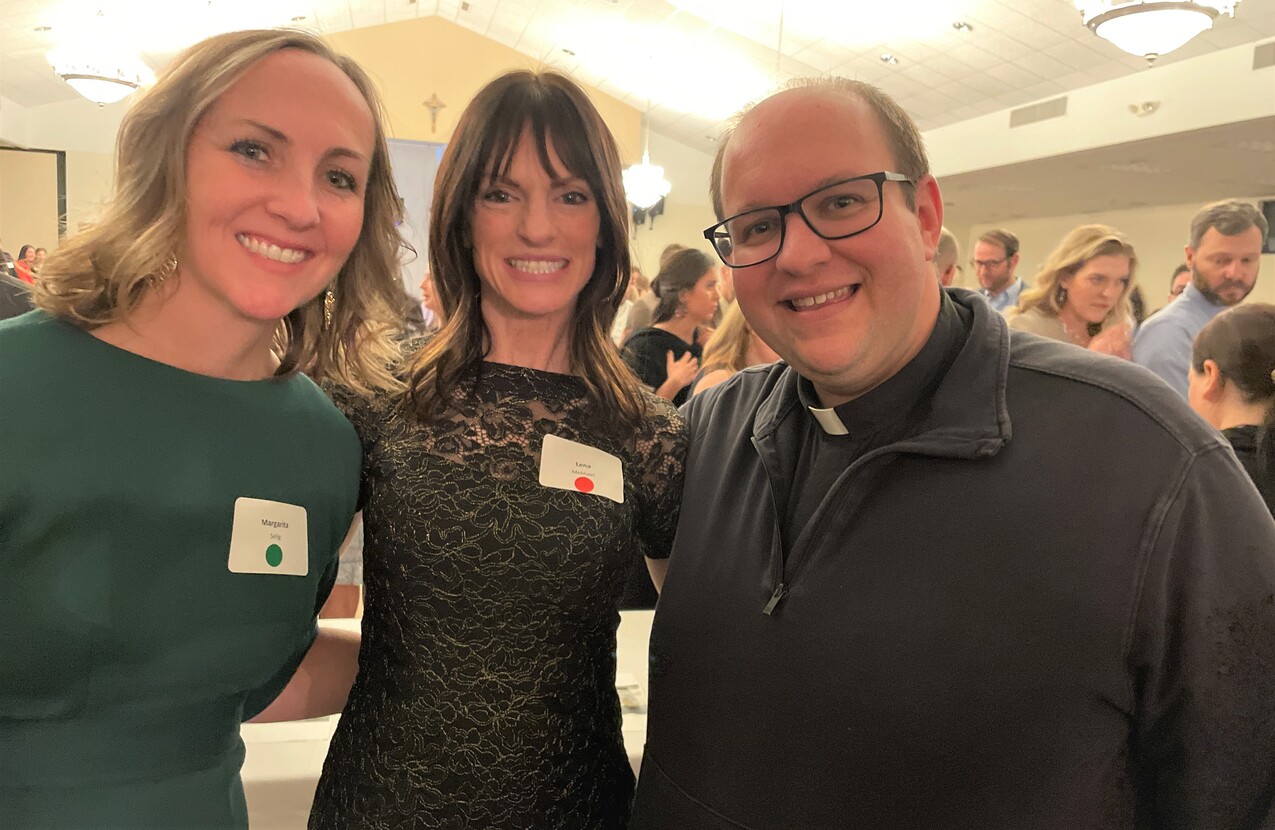 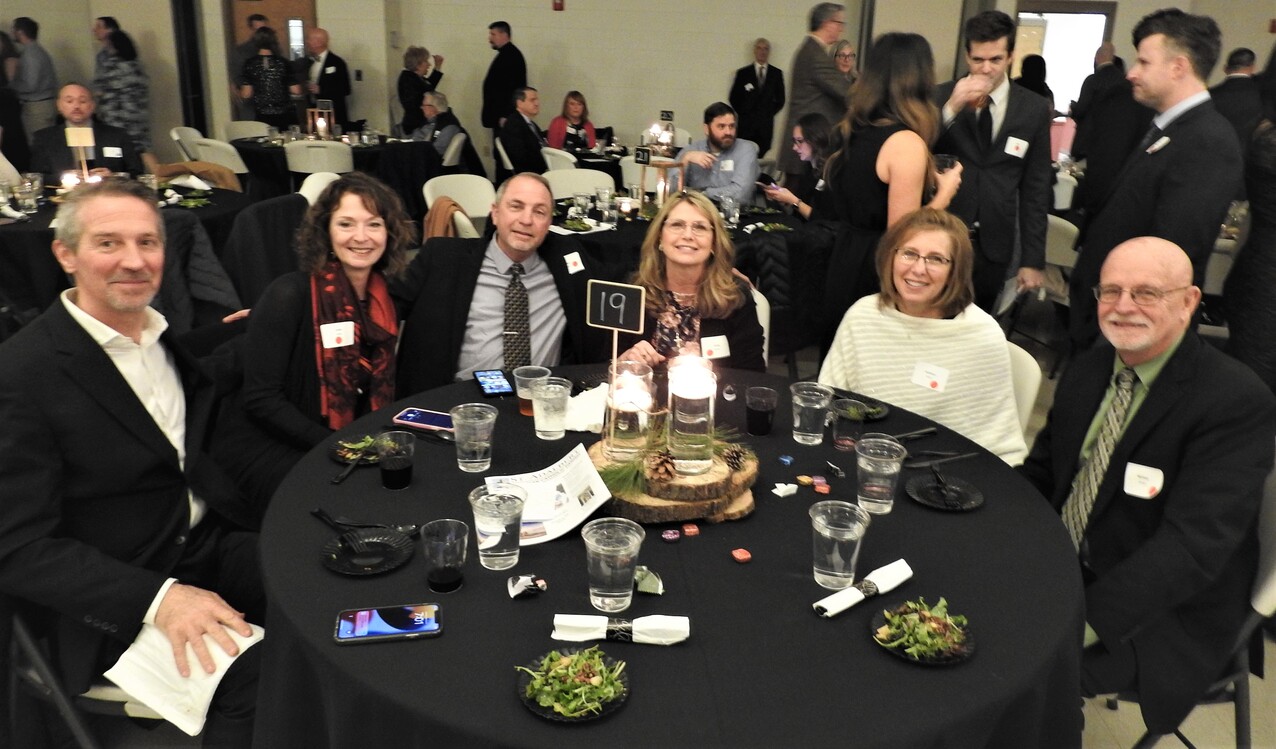 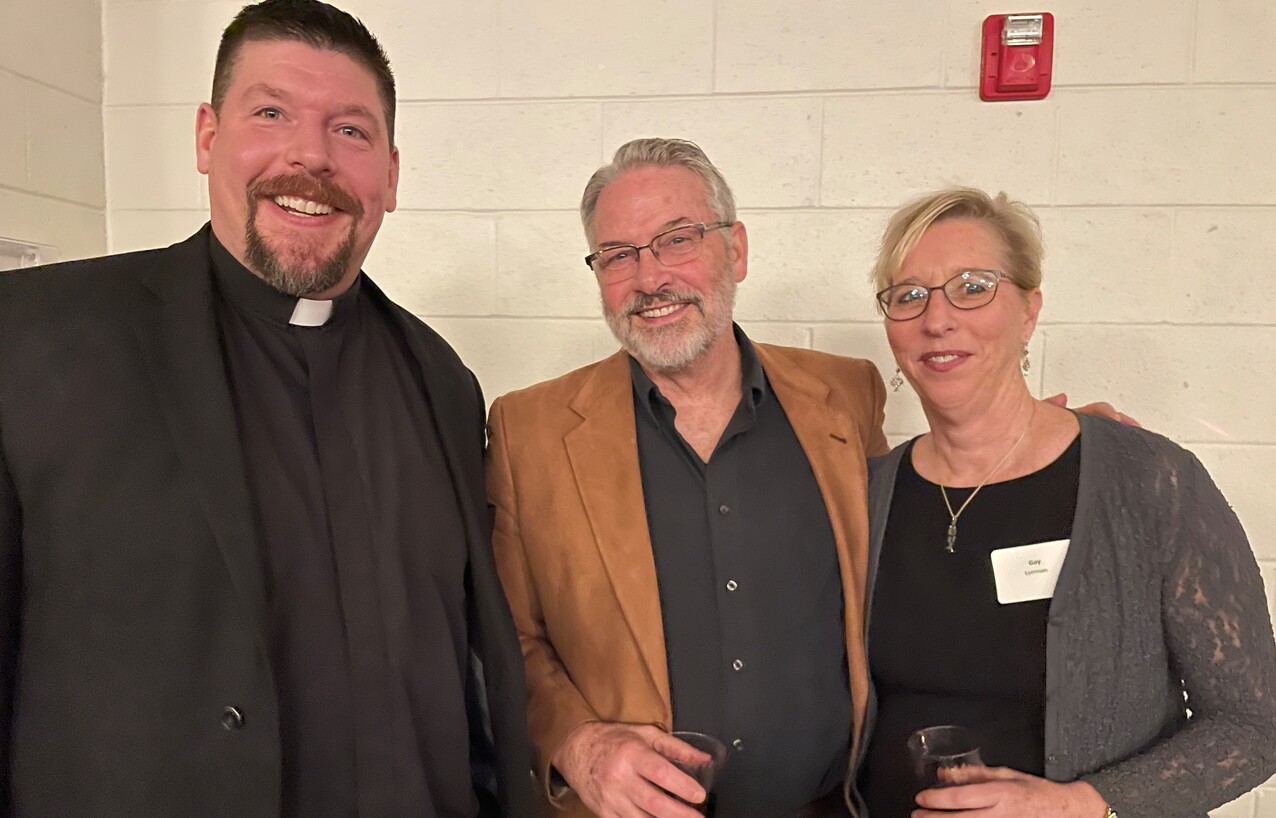 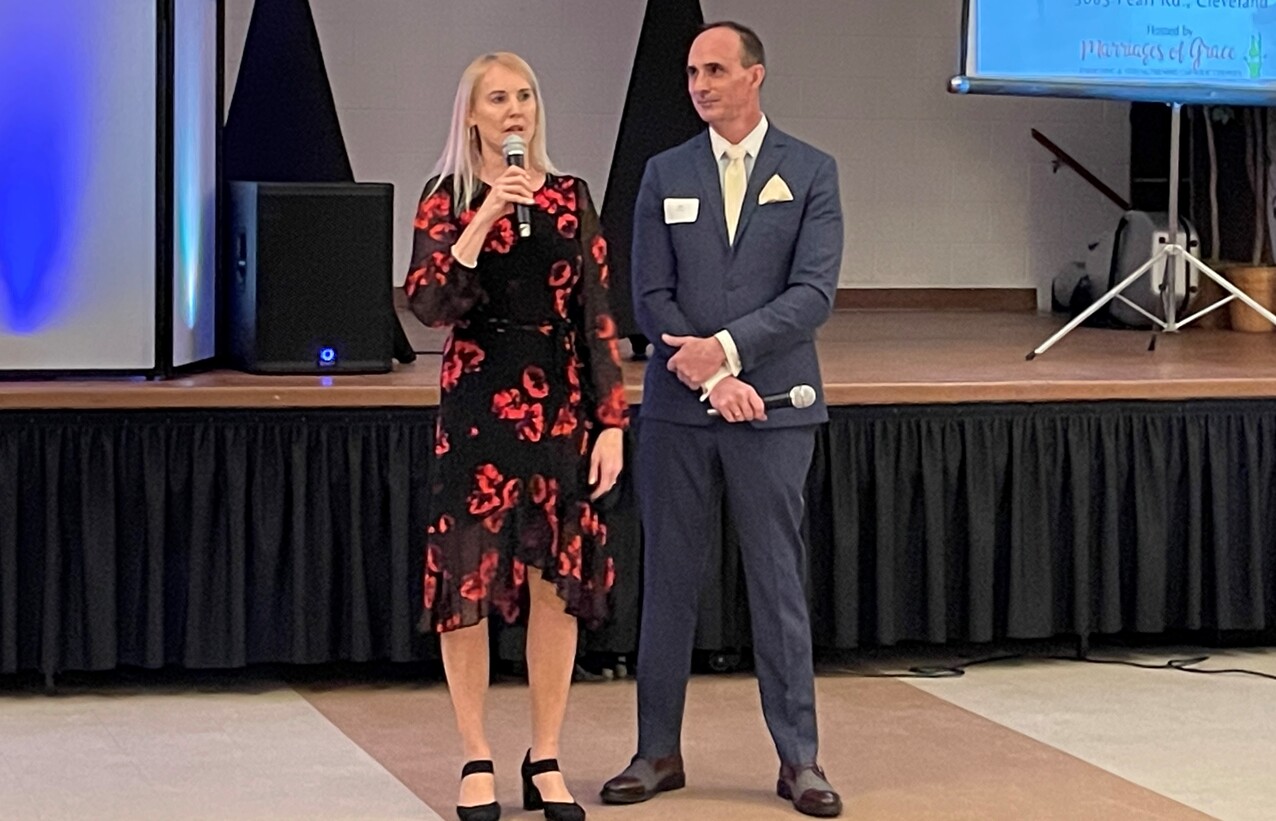 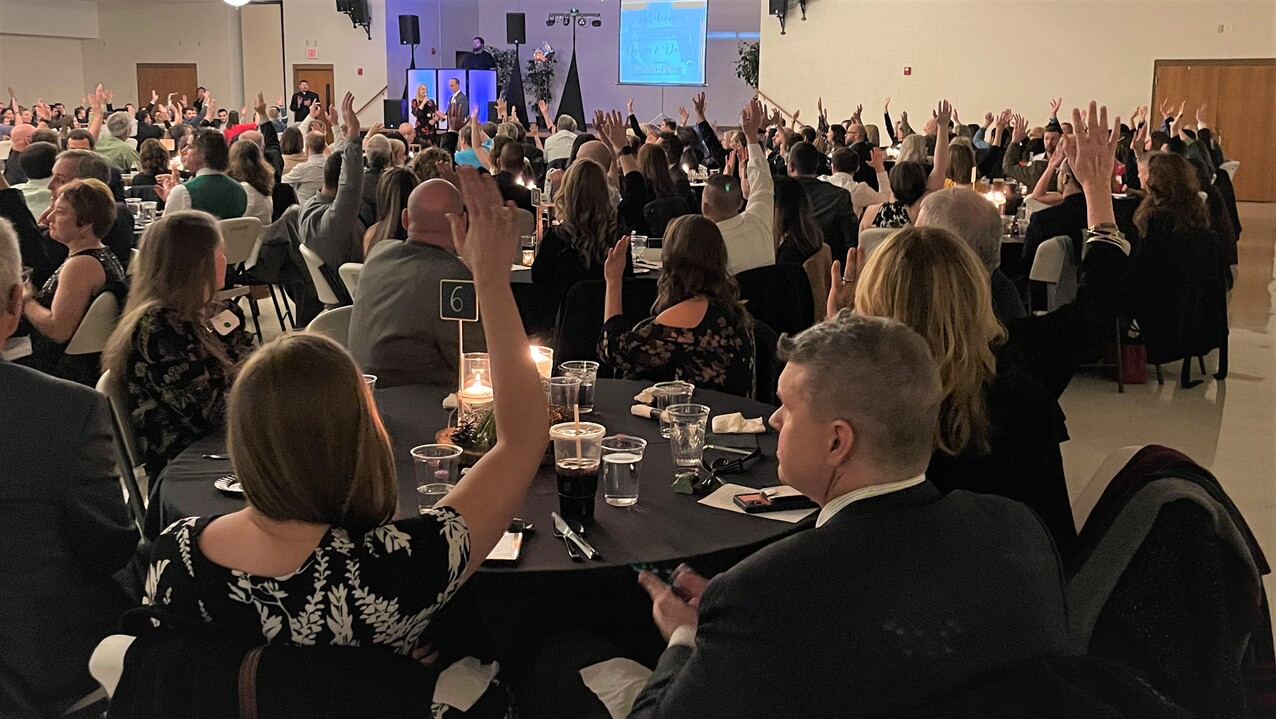 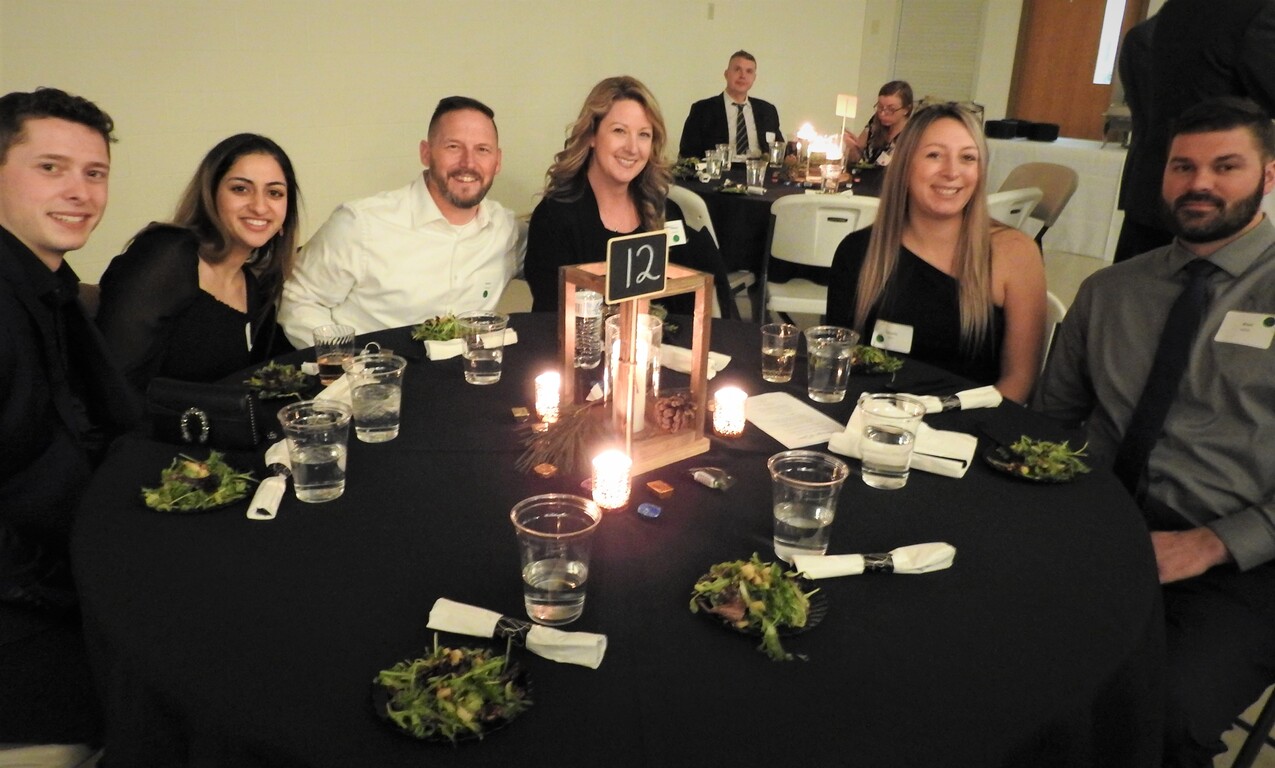 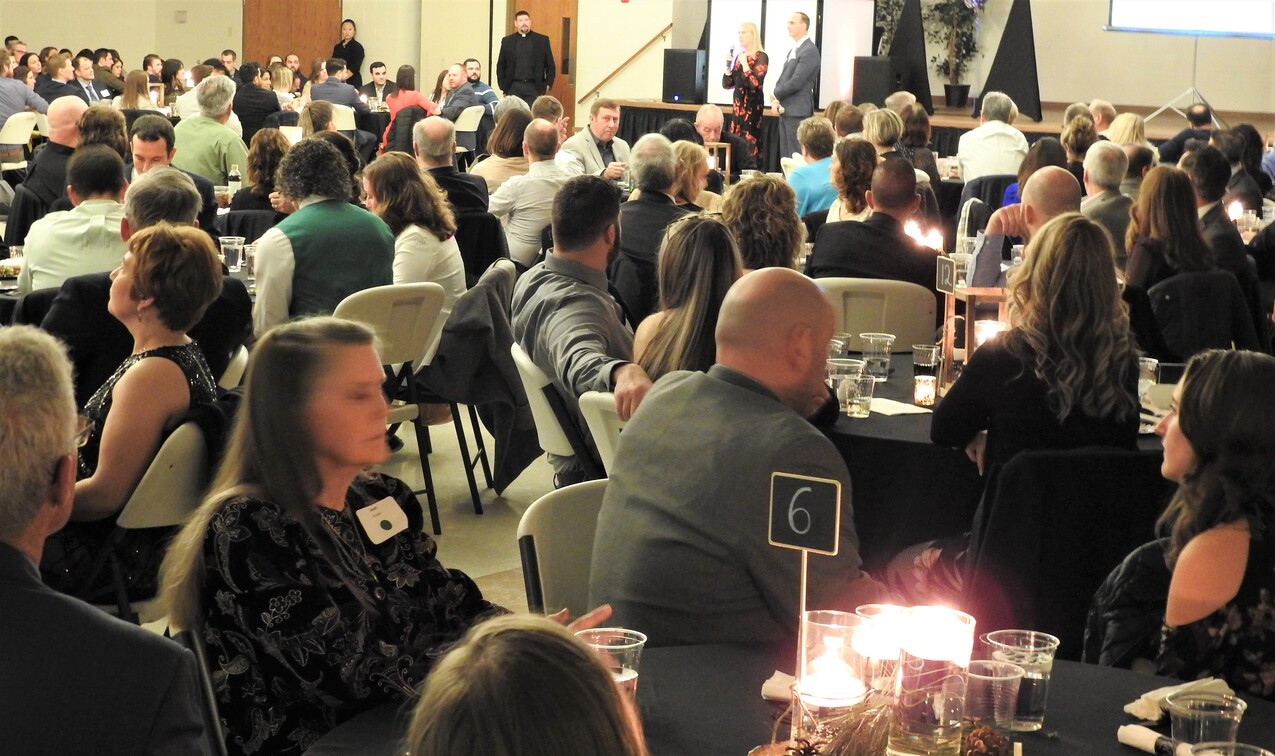 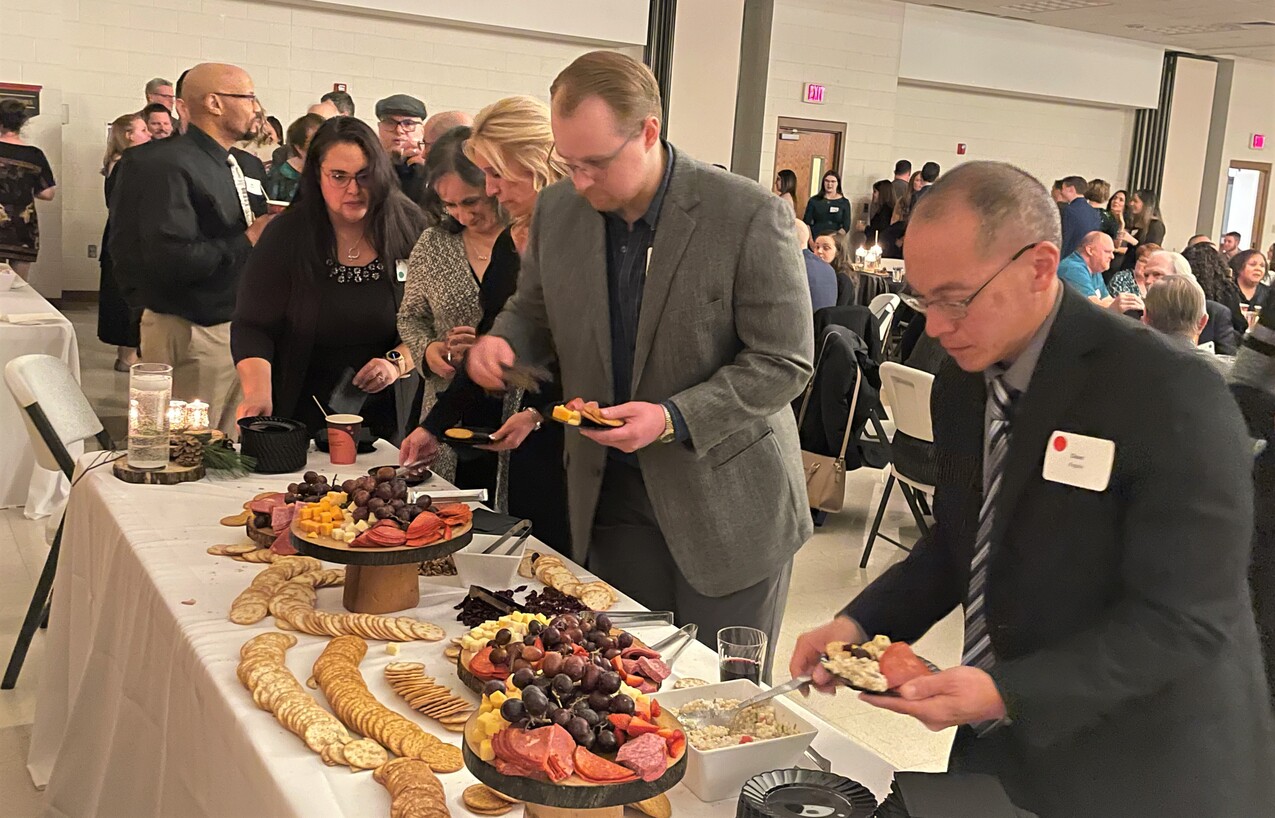 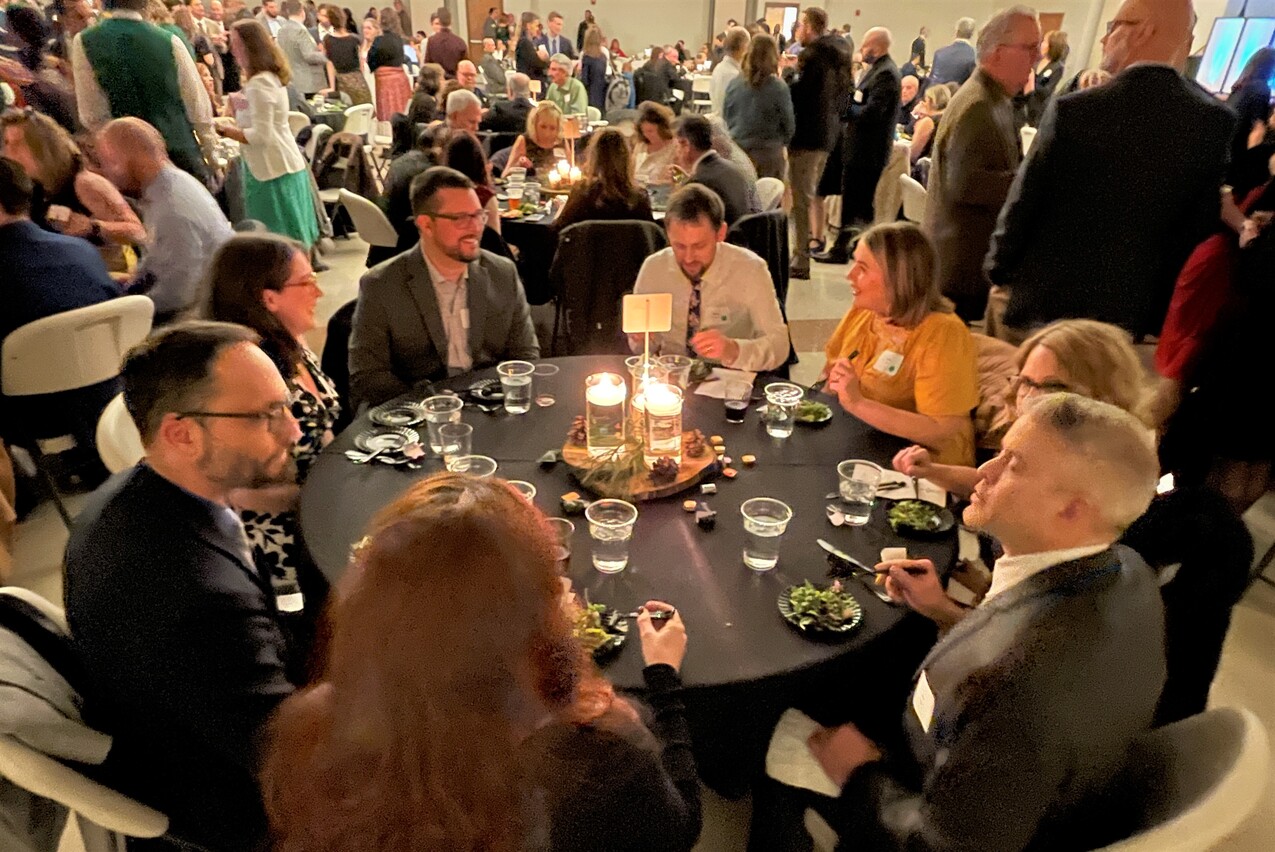 “God called you here. He wants you here,” Margarita Selig said to the 300 people gathered in St. Adalbert Parish’s Keller Center on Jan 21.

One hundred fifty couples from across the eight-county Diocese of Cleveland flocked to the Berea parish that Saturday night for a Date Night conceived by Selig. She credited her good friend Lena Menkhael, Tanis Merimee from Marriages of Grace, Terri Yohman, director of the diocesan Marriage and Family Ministry Office, the pastors of several parishes and others for their assistance in launching the event, which had a waiting list of interested couples.

Selig said she envisioned “a big wedding reception, a night of community where we could all come together and then go back to our parishes and build more community.” She and Menkhael spent months fine-tuning the concept.

“I contacted Tanis (Merimee) from Marriages of Grace because they have resources. They didn’t have a January event scheduled, so they jumped on board,” Selig said.

Tanis Merimee and her husband Bill, who celebrated their 31st wedding anniversary on Jan. 18, asked if any other couples had a January anniversary. A few hands popped up but none shared their date. When they asked for a show of hands for those attending their first Marriages of Grace event, many couples raised their hands. Tanis Merimee encouraged them to learn more about the group.

Marriages of Grace is a nonprofit organization founded in 2012 that offers ongoing enrichment opportunities to Catholic married and engaged couples to help them strengthen their marriage bond. The Northeast Ohio group, coordinated by the Merimees, offers events like Cana Nights with speakers and fellowship. Its daylong Marriage Enrichment 2023 will feature Dr. Andrew and Sarah Swafford, Mass, a candlelight dinner and more. The event will be noon to 9:30 p.m. April 23 at the Holiday Inn Conference Center in Independence.

Selig said she and Menkhael worked to spread the word across the diocese, contacting parishes and pastors to ask them to share the news in their church bulletins. They sought a central location that could accommodate a large crowd and were pleased when Father Chuck Butkowski, St. Adalbert pastor, allowed use of the Keller Center.

“We had a great response,” Selig said. She also thanked Father Ryan Mann, pastor of her parish, St. Basil the Great in Brecksville; Father Max Cole, pastor of Church of the Holy Angels in Chagrin Falls, Menkhael’s parish; and Father John Carlin, pastor of St. Charles Borromeo Parish in Parma for their support as well as other pastors and parishes who helped spread awareness of the celebration.

The evening began in the church with prayer, a chance to reflect on marriage, adoration, music and a message from Father Mann. Father Butkowski presided at adoration. Tanis Merimee and members of the Menkhaus family including Max and Father Joe Menkhaus, parochial vicar at St. Bernadette Parish in Westlake, provided music.

The couples then moved to the parish hall where they signed in and received nametags with a red, blue or green dot, signifying where they lived in the diocese – northwest, northeast or south. Selig said she hoped the dots would help people from other areas of the diocese mingle with each other to expand their community.

After appetizers, some words of introduction and thank-yous from Selig, Menkhael and the Merimees, the couples enjoyed a catered meal, fellowship and music from DJ Joe Costello of St. Luke Parish in Lakewood.

“Thank you all for being here and for saying ‘yes,’” Selig said. She and Menkhael also thanked their husbands, Bill and Sam, for their support. “This event was all about community. There are many lonely couples longing to meet others. It was a blessing to see a packed church tonight with Jesus at the middle (during adoration). That’s what it’s all about – building community.”