Past Bishops of Cleveland 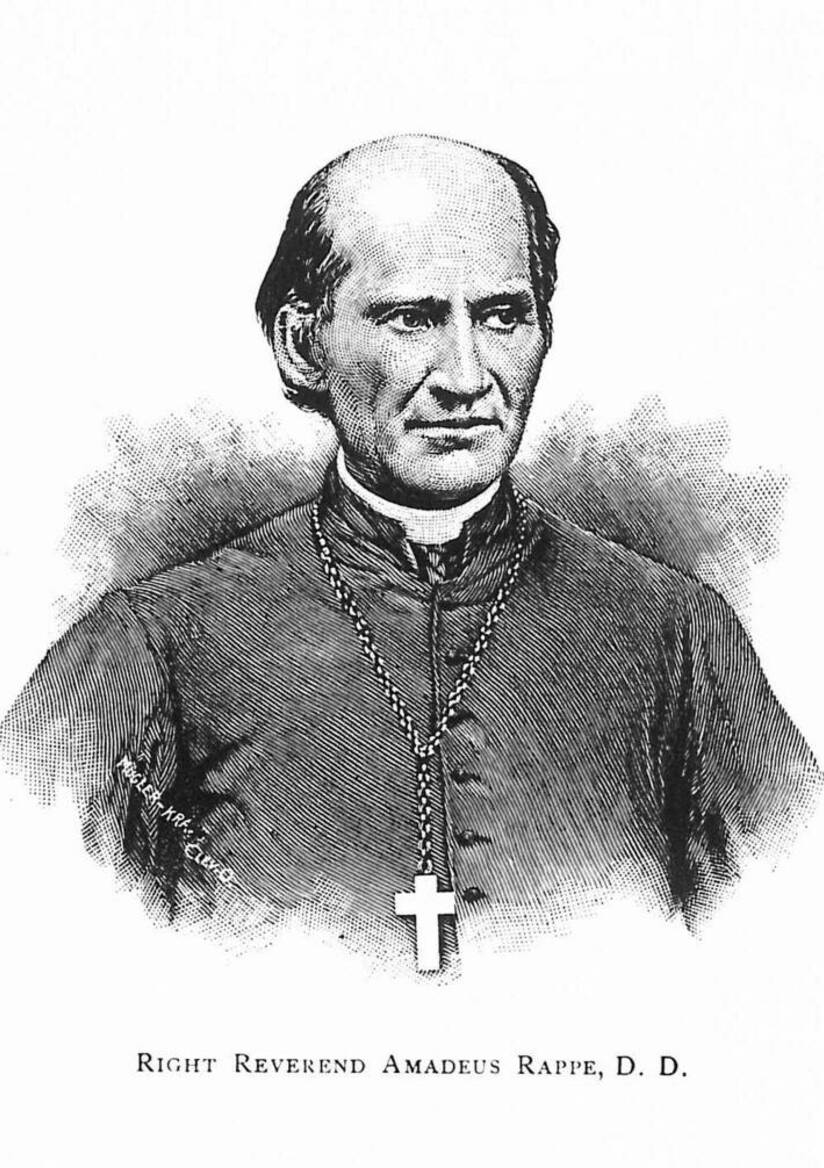 Bishop Rappe was born in Audrehem, District of Saint-Omer, Pas-de-Calais, France to Eloi and Marie-Antoinette Noel Rappe on February 2, 1801. He was ordained to the priesthood on March 14, 1829 in Arras, France. He served as a parish priest and as a chaplain to the Ursuline nuns in Boulogne-sur-Mer. Bishop Purcell of Cincinnati recruited him to come to America in 1840. He was the first resident pastor of St. Francis de Sales parish in Toledo, Ohio. He was named the first bishop of Cleveland by Pope Pius IX on April 23, 1847. Bishop Rappe began the construction of the Cathedral of St. John at its current location. Bishop Rappe nurtured the new diocese and worked diligently to make it grow by bringing nuns from Europe, opening new parishes, and creating a seminary in the Diocese. Bishop Rappe resigned from the Diocese of Cleveland in 1870 and spent his remaining years as a missionary in Vermont. He died on September 8, 1877 and is buried in the Cathedral crypt. 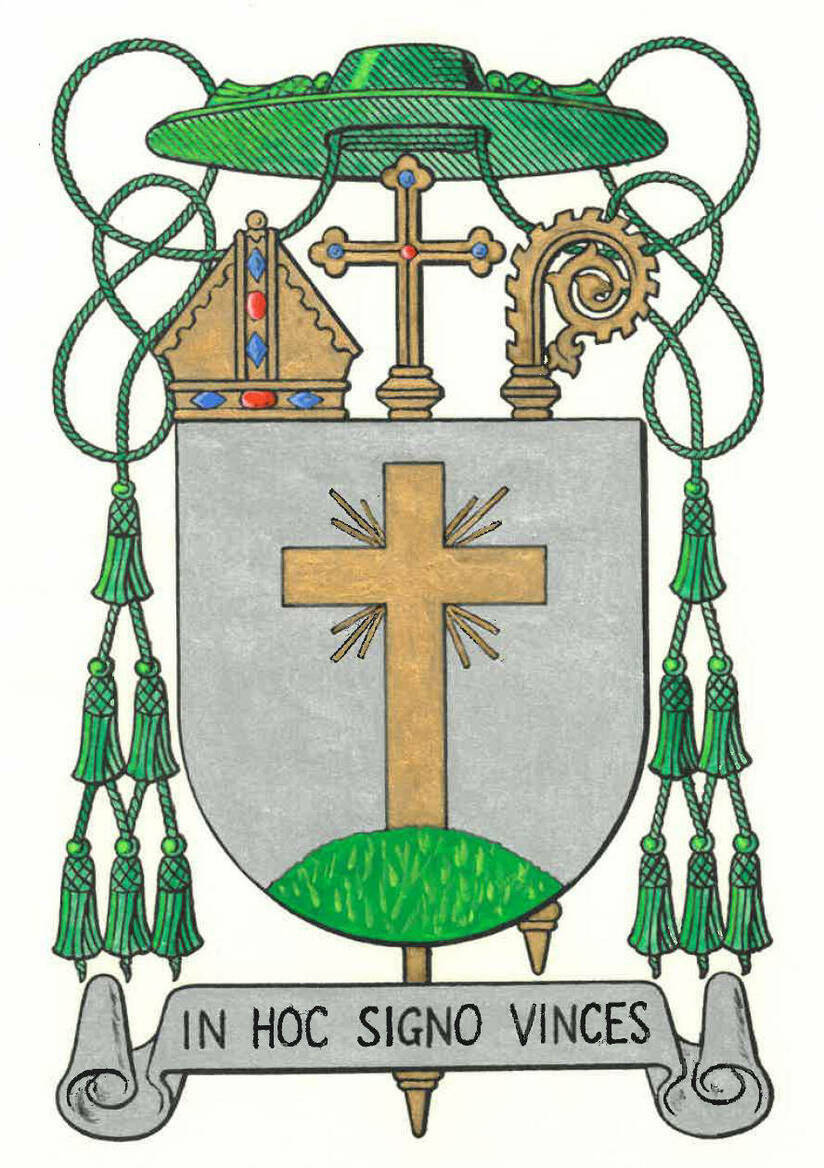 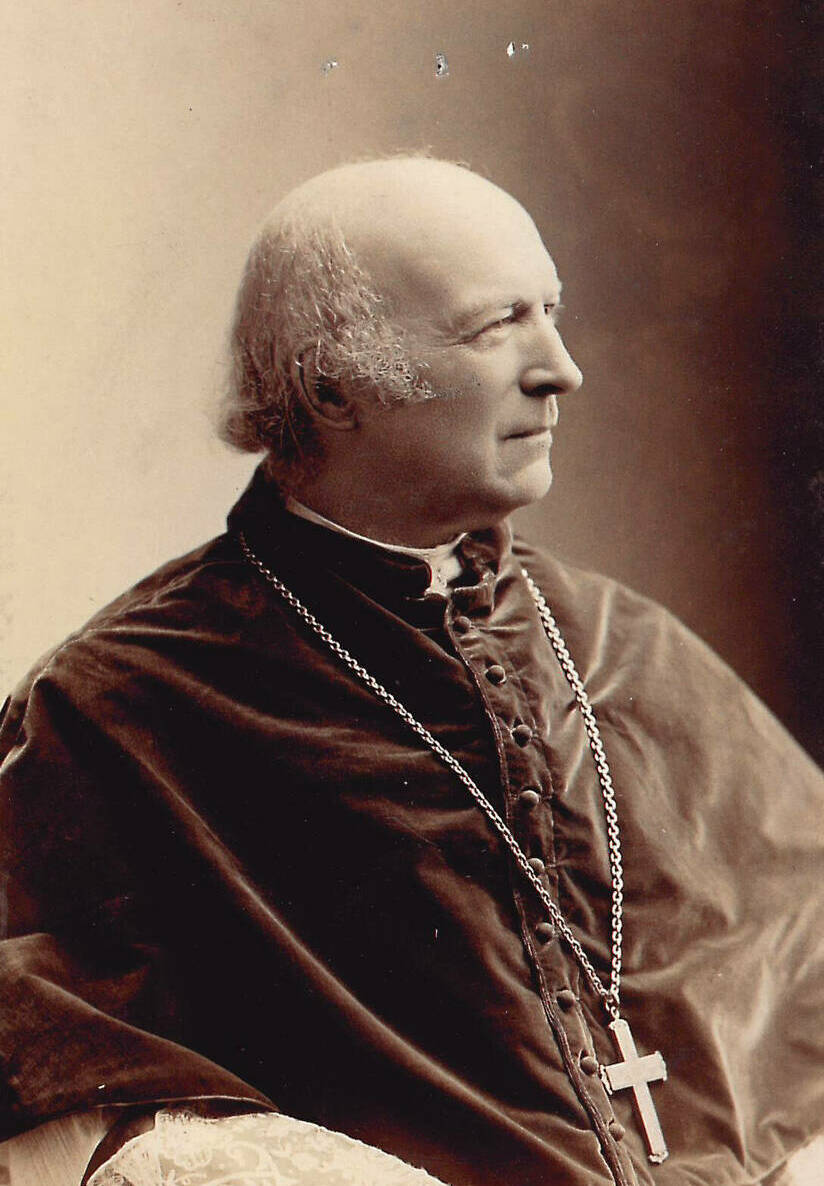 Bishop Gilmour was born on September 24, 1824 in Dumbarton, Scotland to a Scotch-Presbyterian family. While still a child his family moved to Pennsylvania where he converted to Catholicism in 1842. He was ordained from Mt. St. Mary Seminary in Emmitsburg, MD on August 30, 1852 in Cincinnati by Bishop Purcell. He served in Cincinnati as a parish priest, a professor, and as an author, writing well-known readers and Bible histories which were used in many Catholic schools. He was named bishop of Cleveland on February 28, 1872. Bishop Gilmour is most remembered for his expansion of parochial schools in the Diocese as well as building new hospitals and orphanages to assist those in need. He died during a trip to St. Augustine, Florida on April 13, 1891 and is buried in the Cathedral crypt. 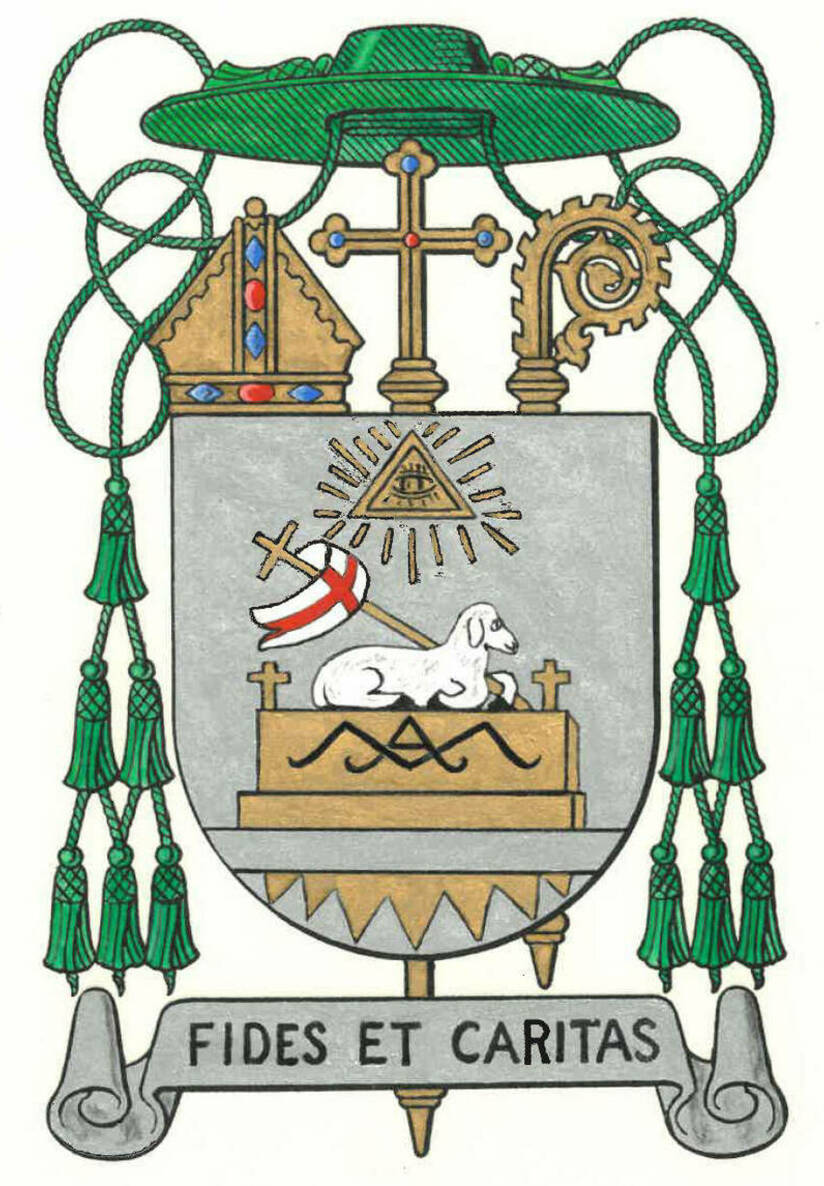 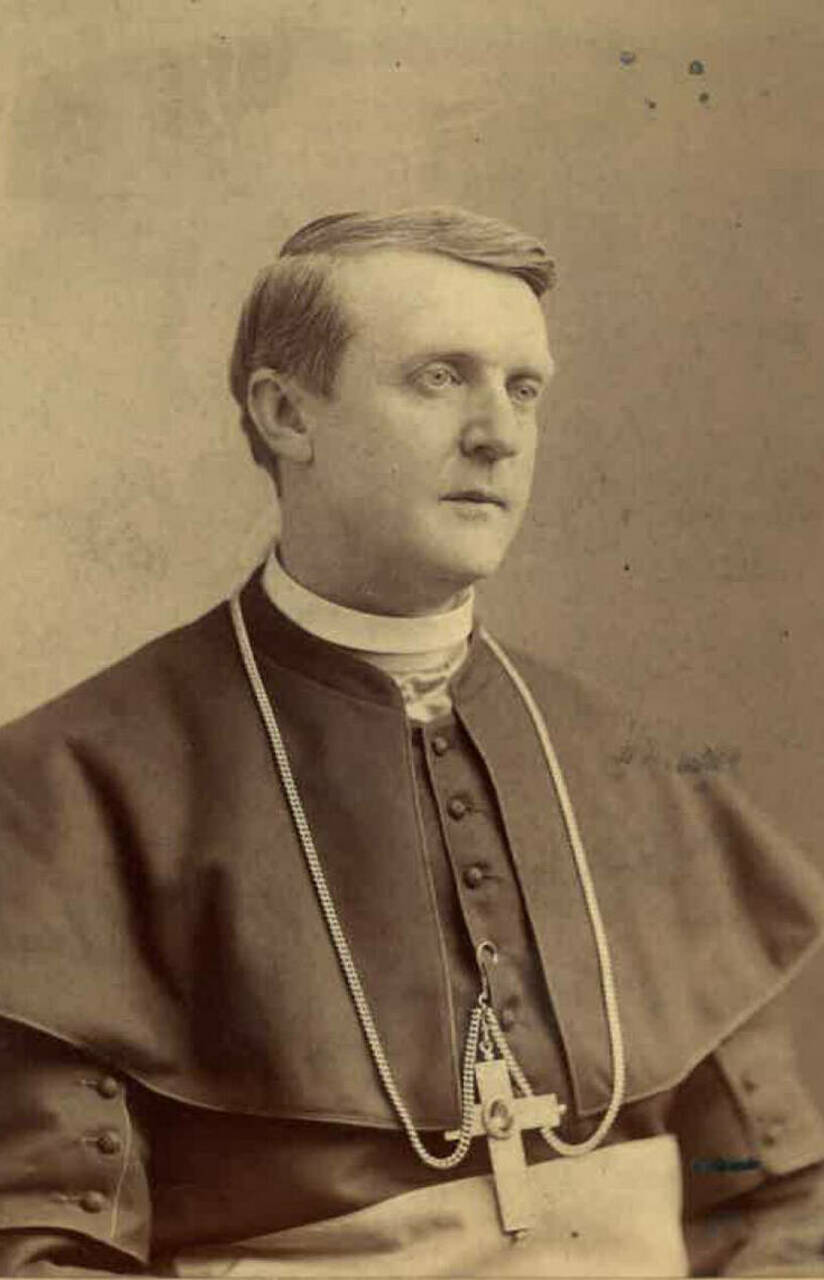 Bishop Horstmann was born on December 16, 1840 in Philadelphia, Pennsylvania to Frederick and Catherine Weber Horstmann. He was one of the first students to attend the North American College in Rome, where he was ordained by Cardinal Patrizzi on June 10, 1865. In Philadelphia, he served as a parish priest, a seminary professor, and as chancellor of the Archdiocese of Philadelphia. He was a well-respected scholar who helped to found the American Catholic Historical Society. He was named bishop of Cleveland on November 29, 1891. Bishop Horstmann led the Diocese during a large influx of European immigrants, who brought with them their own particular ethnic traditions. He also continued the expanse of charities in the Diocese. Bishop Horstmann died on May 13, 1908 in Canton, Ohio and is buried in the Cathedral crypt. 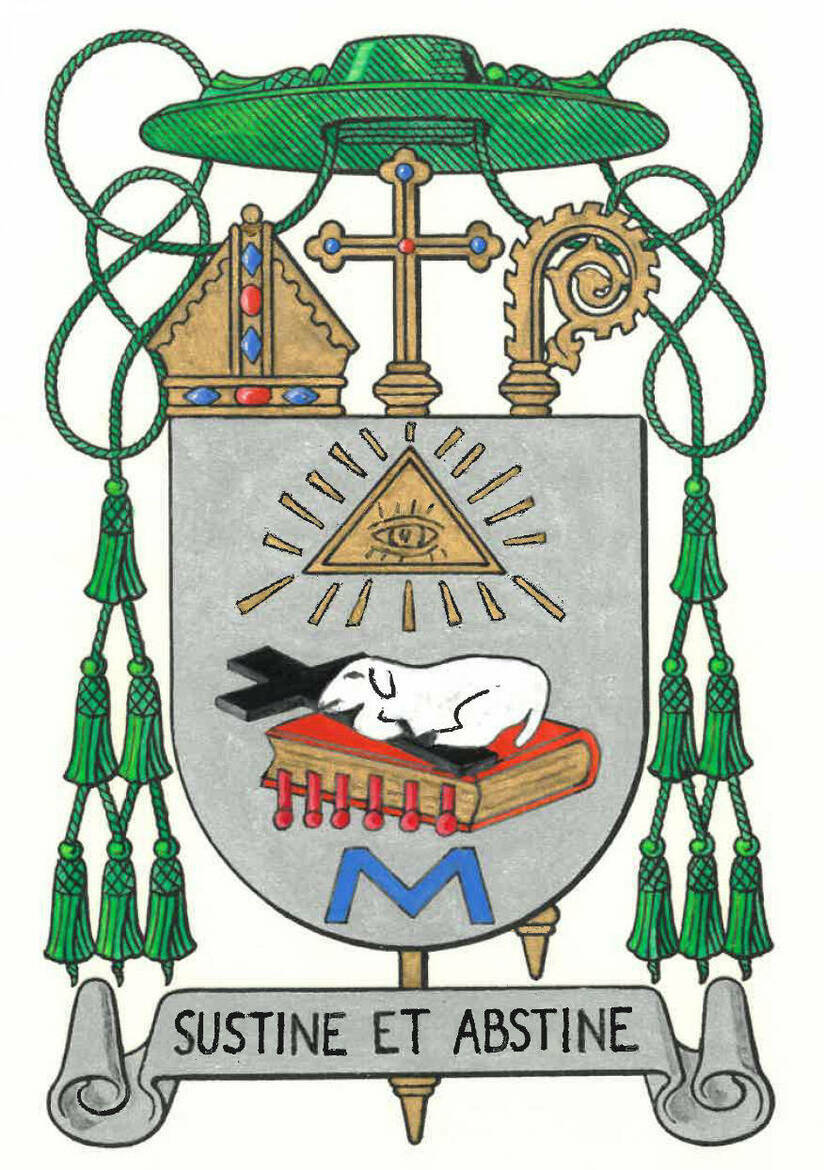 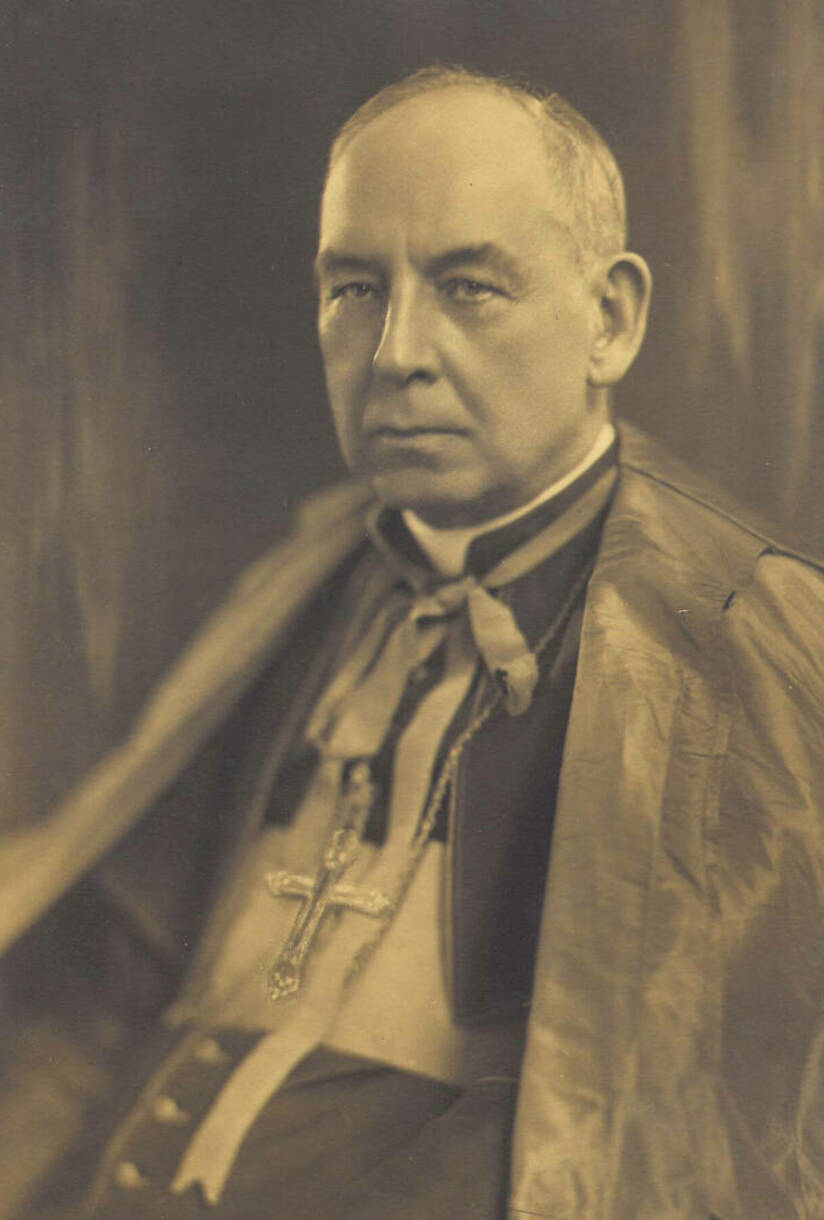 Bishop Farrelly was born in Memphis, Tennessee to John Patrick and Martha Moore Clay Farrelly. He and his mother converted to Catholicism when he was a child. He was ordained after completing studies at the North American College in Rome on May 22, 1880 in the Lateran Basilica. He became a renowned Scripture scholar after his studies in Palestine. He served in many positions, including spiritual director at the North American College. He was named bishop of Cleveland on March 16, 1909. Under his direction, the Board of Charities (the predecessor of Catholic Charities) was established in order to centralize and order the charities in the Diocese. He also sought to organize the Catholic schools in the parishes by creating the office of superintendent of schools. He died while in Knoxville, Tennessee on February 12, 1921 and is buried in the Cathedral crypt. 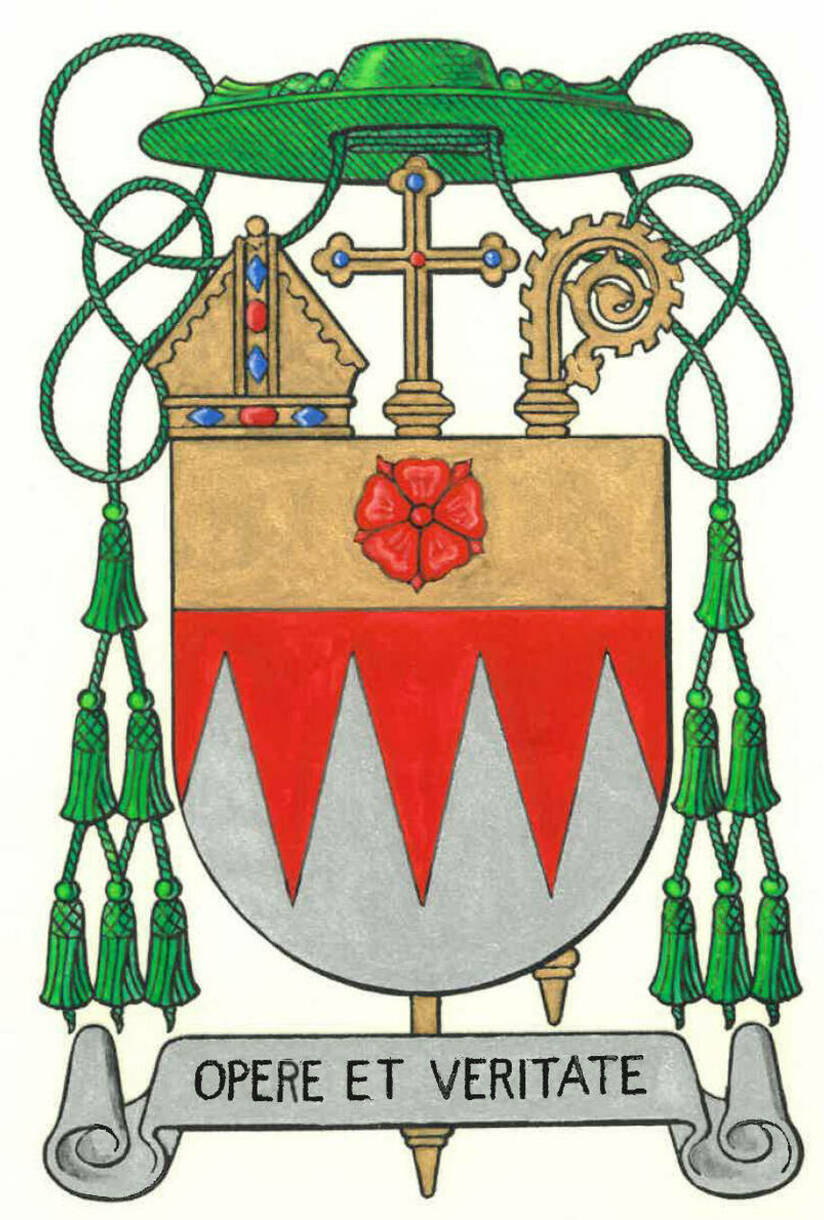 By work and by truth 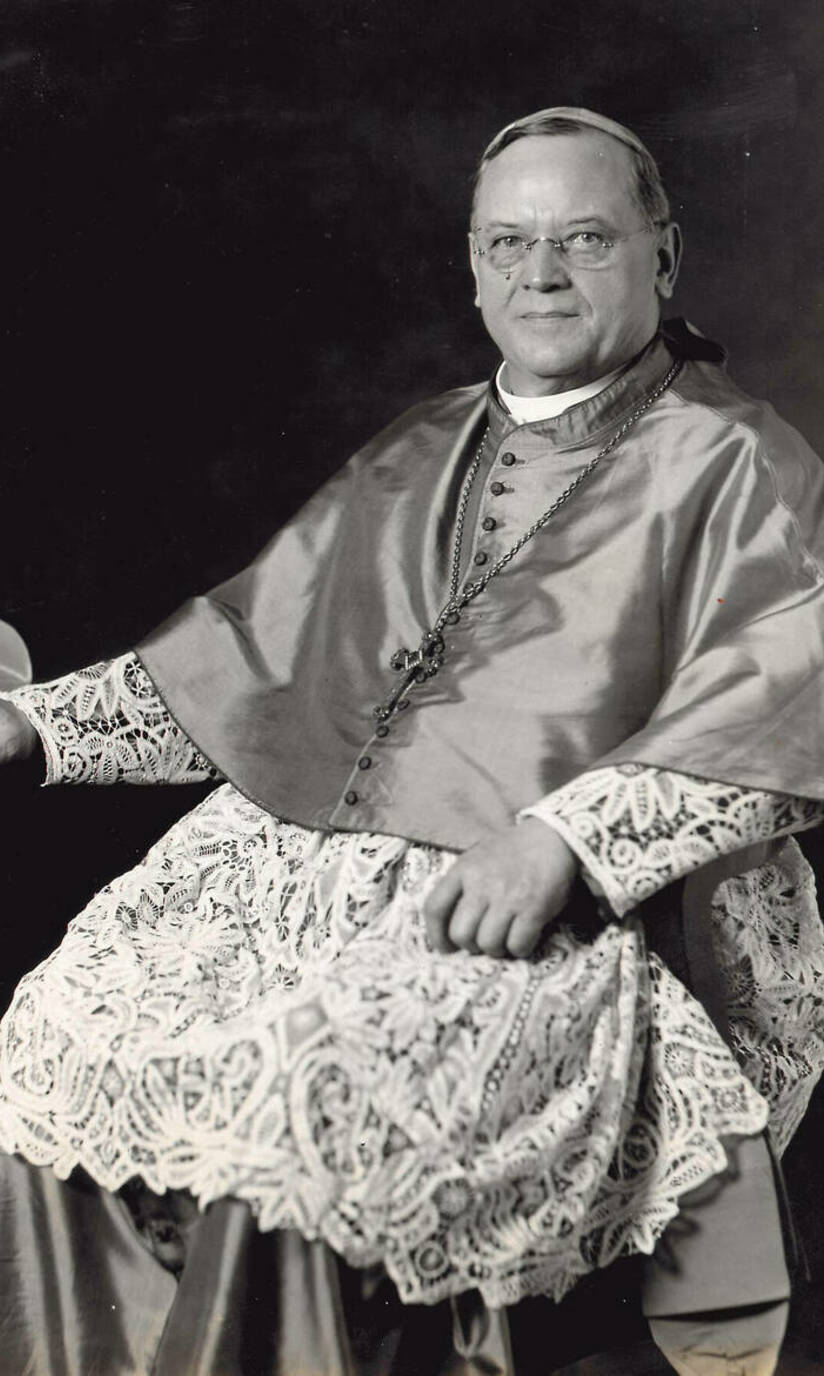 Archbishop Schrembs was born on March 12, 1866 in Wurzelhozen (Regensburg), Germany. He came to America at 11 and was ordained a priest for the diocese of Grand Rapids on June 29, 1889. He was consecrated as an auxiliary bishop of Grand Rapids on February 22, 1911 and then named first bishop of the diocese of Toledo on August 11, 1911. He held a position on the administrative committee of the National Catholic War Council during World War I. He was named bishop of Cleveland on September 8, 1921. Archbishop Schrembs expanded the charitable organizations of the Diocese and moved St. Mary Seminary to its location on Ansel Road. He prudently guided the Diocese through the Great Depression while focusing on social justice and welfare initiatives. He hosted the Seventh National Eucharistic Congress in Cleveland in 1935 and was given the honorary title of archbishop in 1939. He died on November 2, 1945 and is buried in the Cathedral crypt. 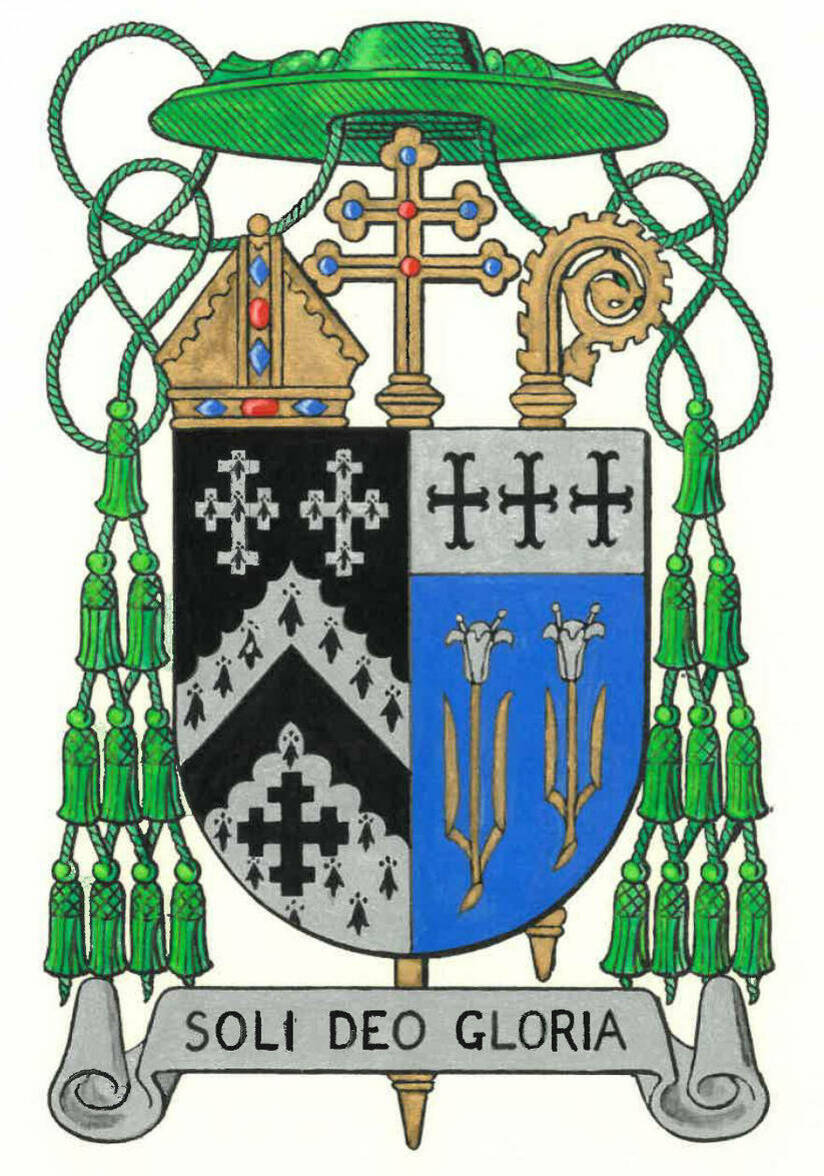 Glory be to God alone 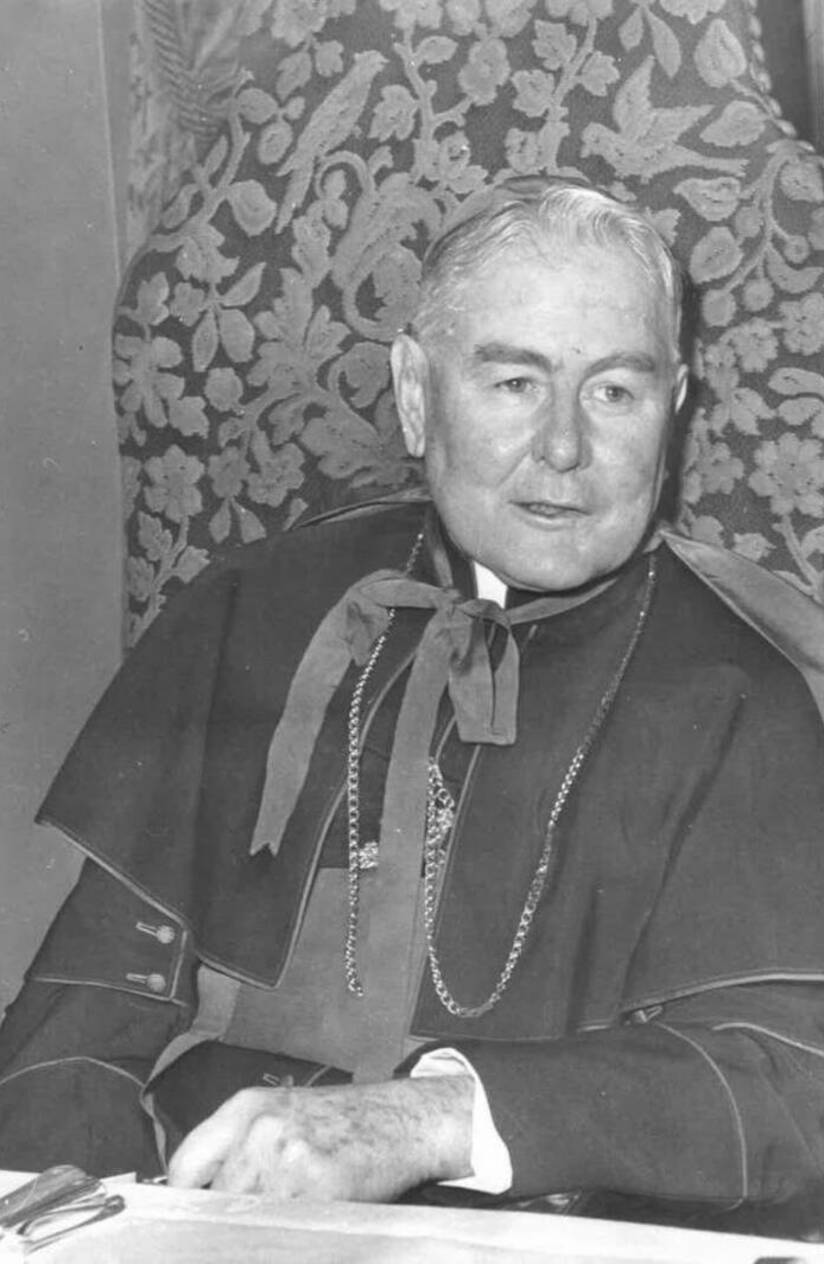 Archbishop Hoban was born on June 27, 1878 in Chicago, Illinois. He was ordained to the priesthood on July 11, 1903 in Chicago where he served as a seminary treasurer and chancellor. He was named an auxiliary bishop of Chicago on November 21, 1921 and was named the bishop of Rockford, Illinois on February 10, 1928. He was named coadjutor bishop of Cleveland on November 14, 1942 and succeeded Archbishop Schrembs when he died in 1945. Archbishop Hoban began the 2-year remodel of the Cathedral of St. John in 1946. He also worked to expand charity facilities such as Parmadale. As a result of his extraordinary services to the Diocese of Cleveland and the Church, he was given the personal title of archbishop in 1951. Archbishop Hoban died on September 22, 1966 and is buried in the Cathedral crypt. 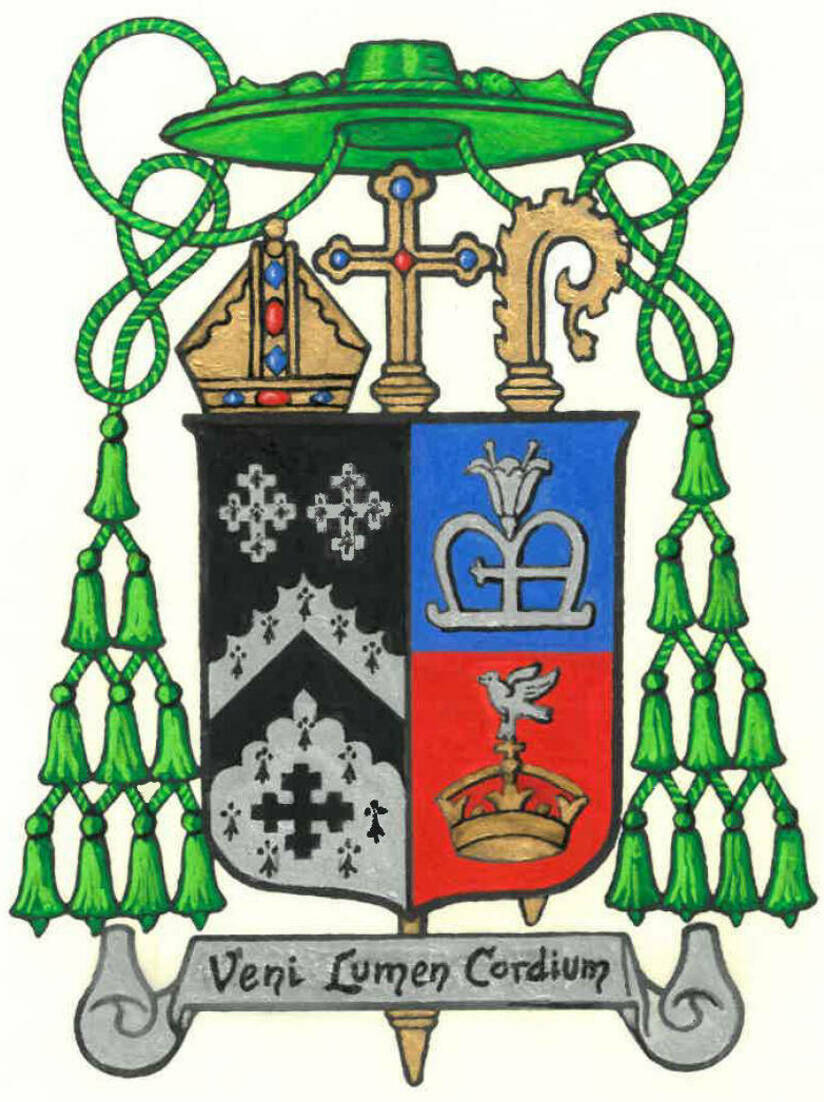 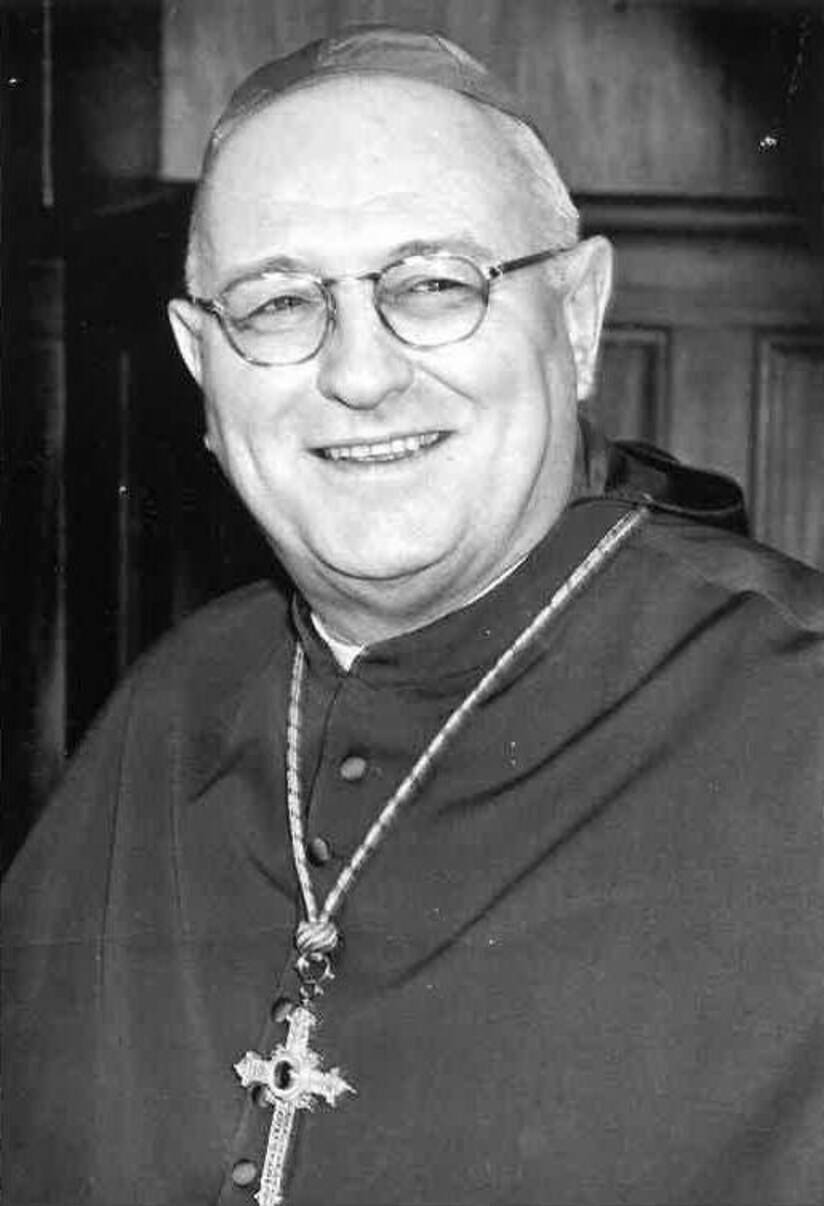 Bishop Issenmann was born on May 30, 1907 in Hamilton, Ohio. He was ordained on June 29, 1932 for the Archdiocese of Cincinnati. He was then sent to do advanced studies in Switzerland and Rome. He was consecrated as an auxiliary bishop of Cincinnati on May 22, 1954 and on February 11, 1958 became the bishop of Columbus. He was then named coadjutor bishop of Cleveland on October 7, 1964 and became bishop when Archbishop Hoban died in 1966. Bishop Issenmann opened St. Augustine Manor to add to the healthcare opportunities in the Diocese. Bishop Issenmann resigned as a result of health in July 1974 and died on July 27, 1982 and is buried in the Cathedral crypt. 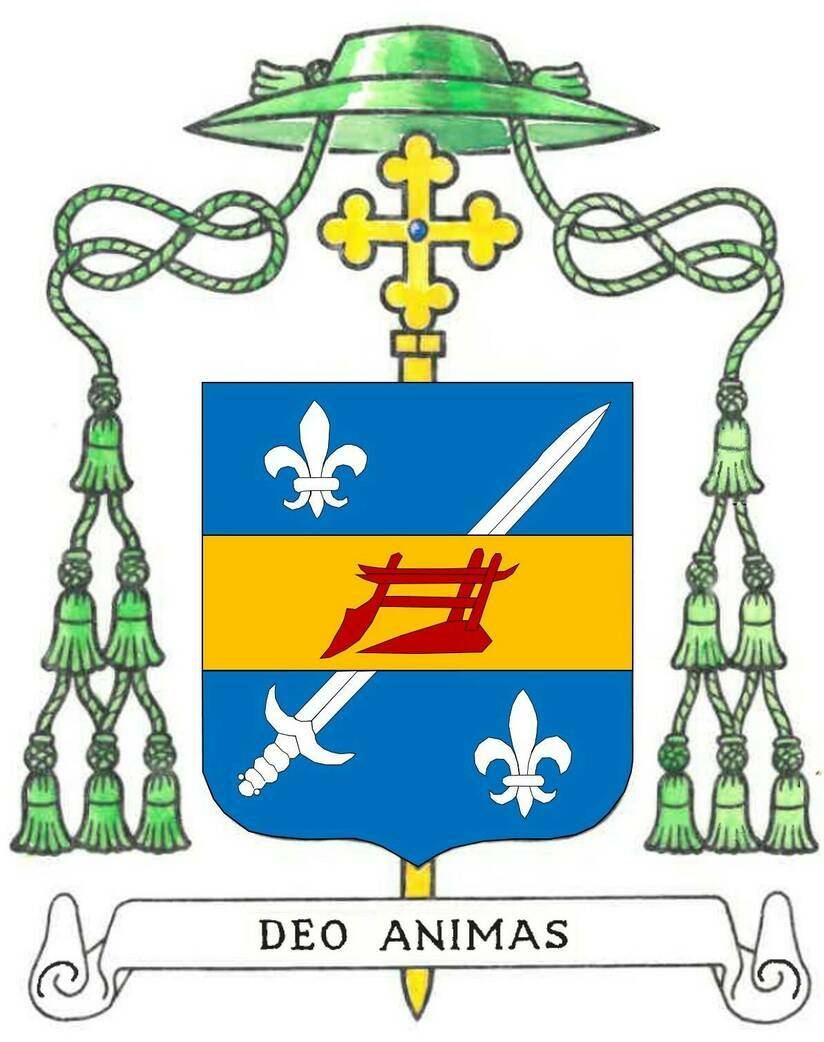 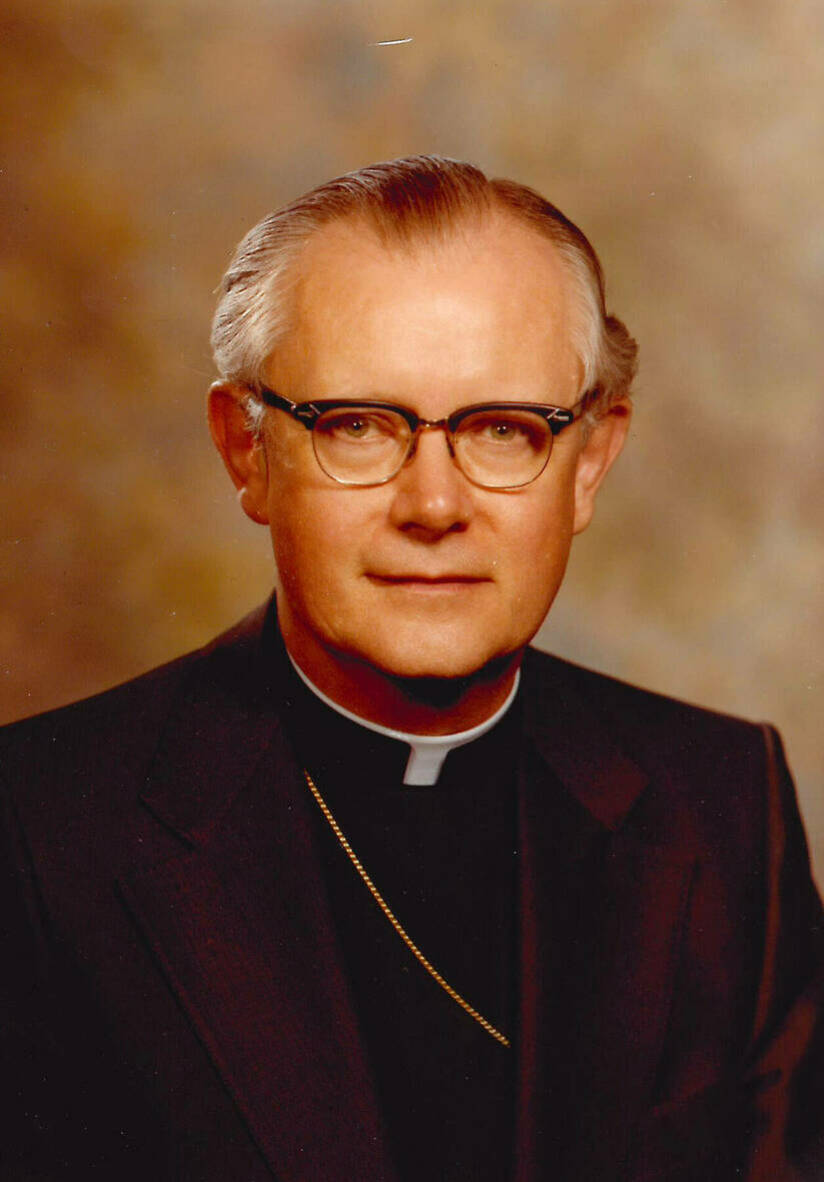 Most Rev. James A. Hickey

Bishop Hickey was born on October 11, 1920 in Midland, Michigan. He was ordained to the priesthood on June 15, 1946 for the Diocese of Saginaw. He was named an auxiliary bishop of Saginaw on February 22, 1967 and named bishop of Cleveland on June 5, 1974. Bishop Hickey began the Lay Ministry program in the Diocese and reorganized the diocesan administration into a secretariat system. He was named Archbishop of Washington, D.C. on June 17, 1980 and created a cardinal by Pope John Paul II on June 21, 1988. He retired from the Archdiocese of Washington, D.C. on November 21, 2000. He died on October 24, 2004 and is buried in the Cathedral of St. Matthew in Washington, D.C. 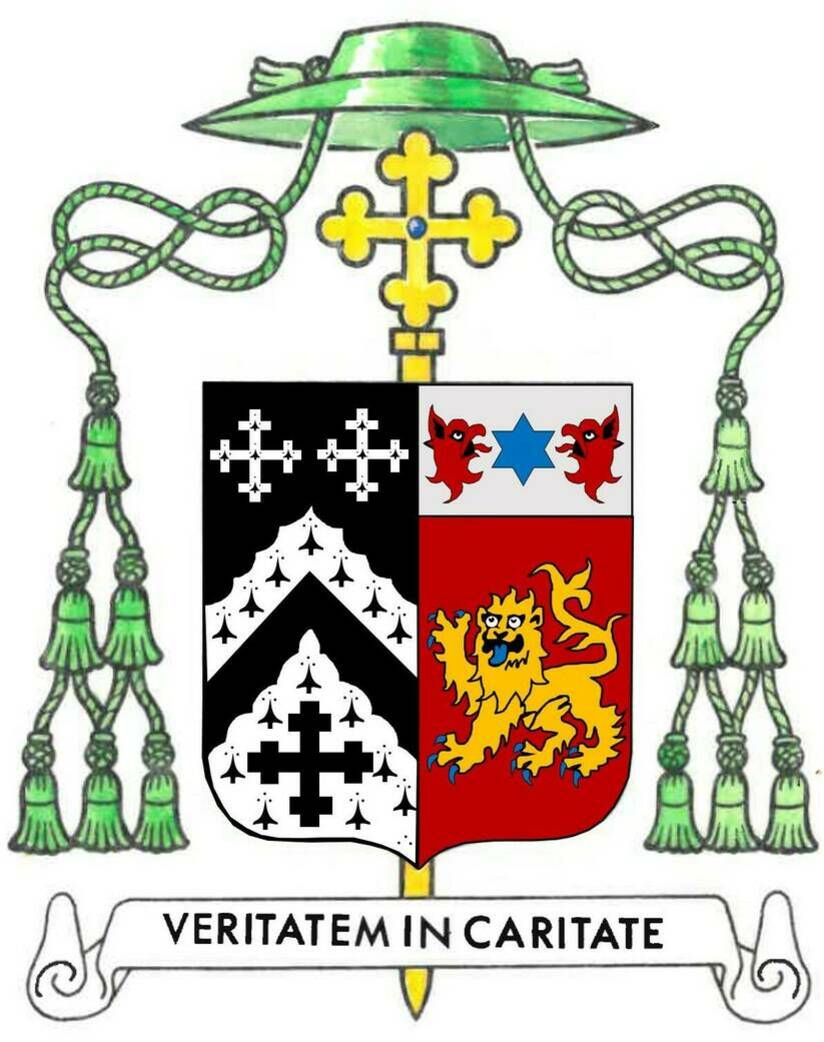 The truth in charity 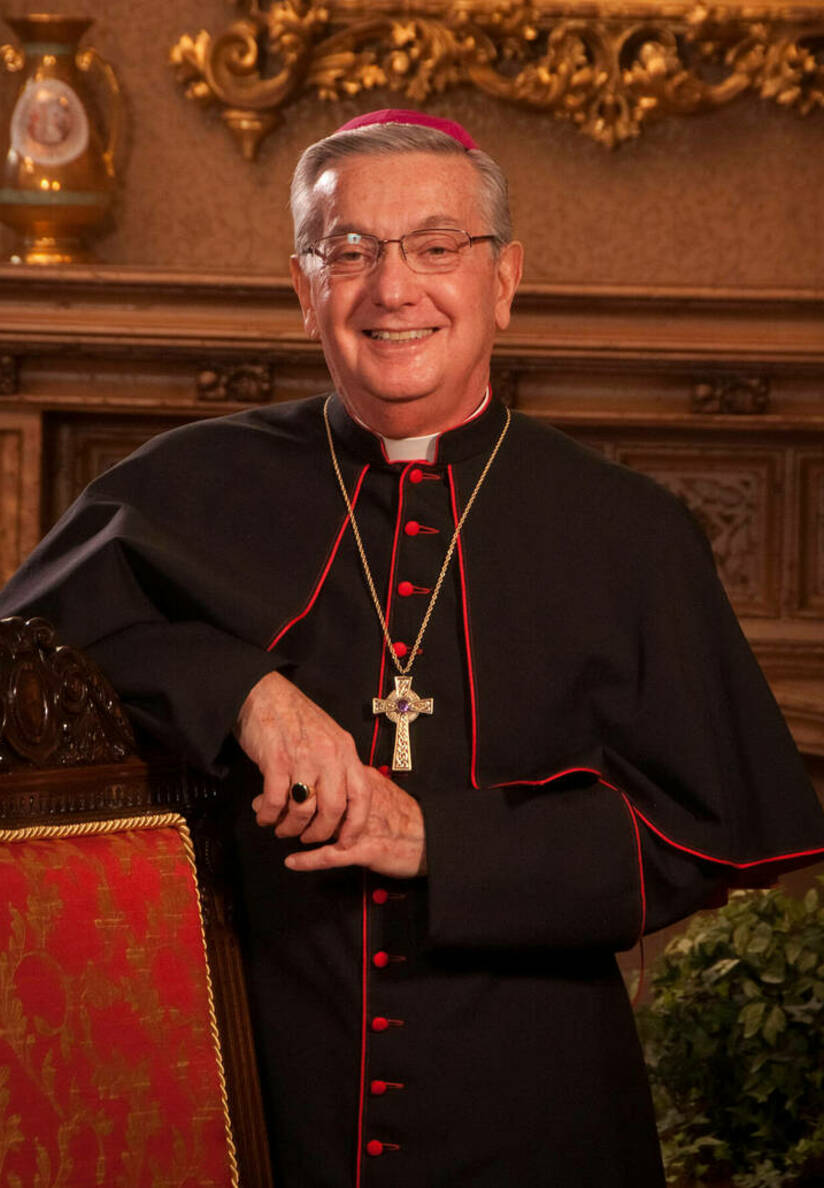 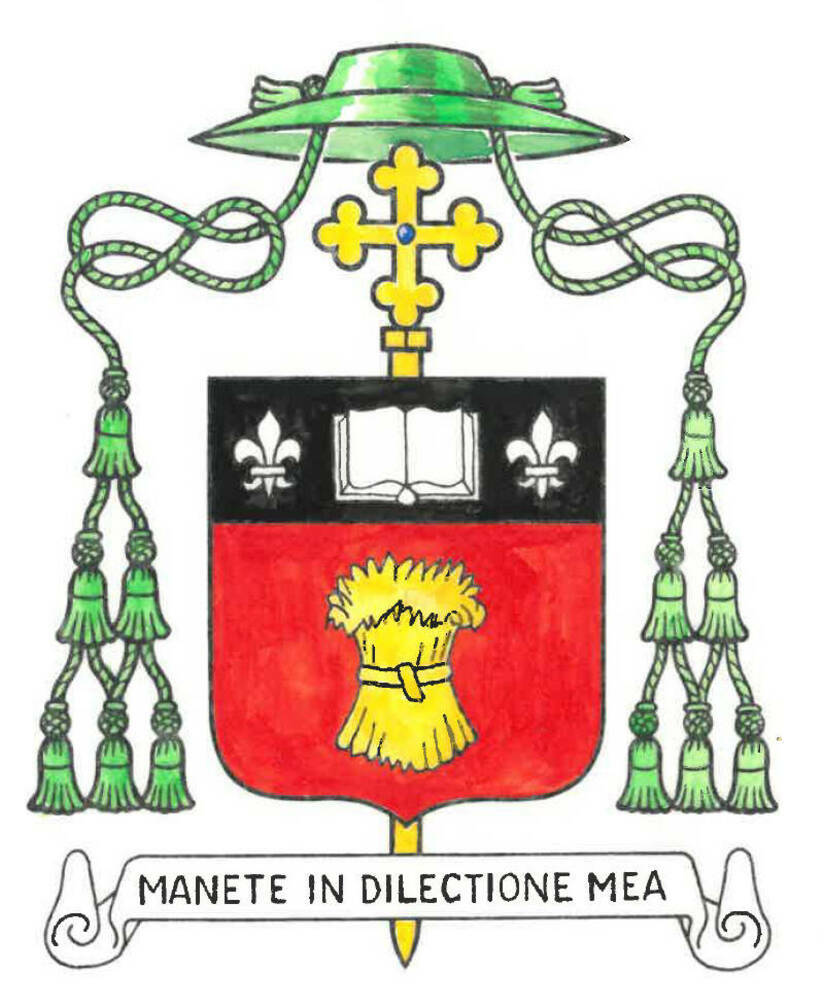 Live on in My Love 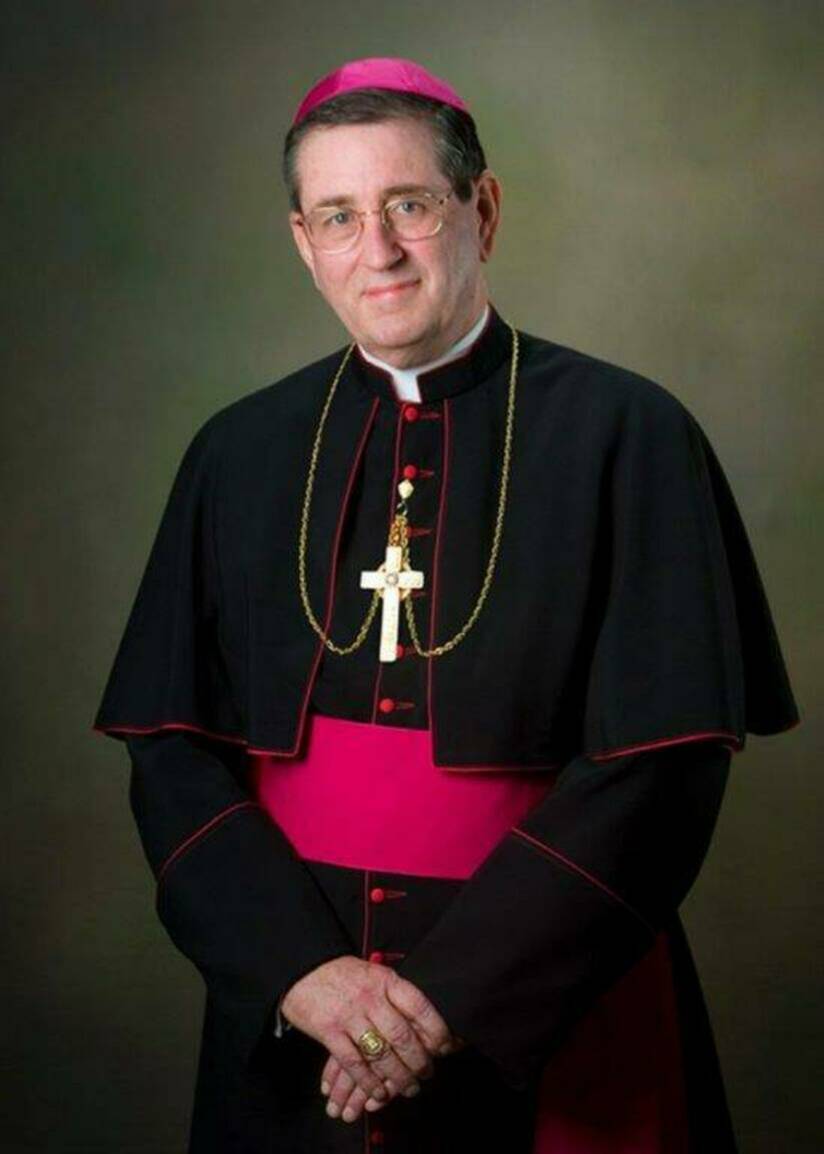 Bishop Lennon was born on March 26, 1947 in Arlington, Massachusetts. He was ordained to the Archdiocese of Boston on May 19, 1973. He was named an auxiliary bishop of Boston on September 14, 2001 and was the administrator of the Archdiocese of Boston from December 2002 to July 2003. Pope Benedict XVI appointed him as bishop of Cleveland on April 4, 2006. Bishop Lennon oversaw the reconfiguration of parishes while also prioritizing increased education for pastors and parish staff. He retired on December 28, 2016 due to health reasons. Bishop Lennon died on October 29, 2019 and is buried in the Cathedral crypt. 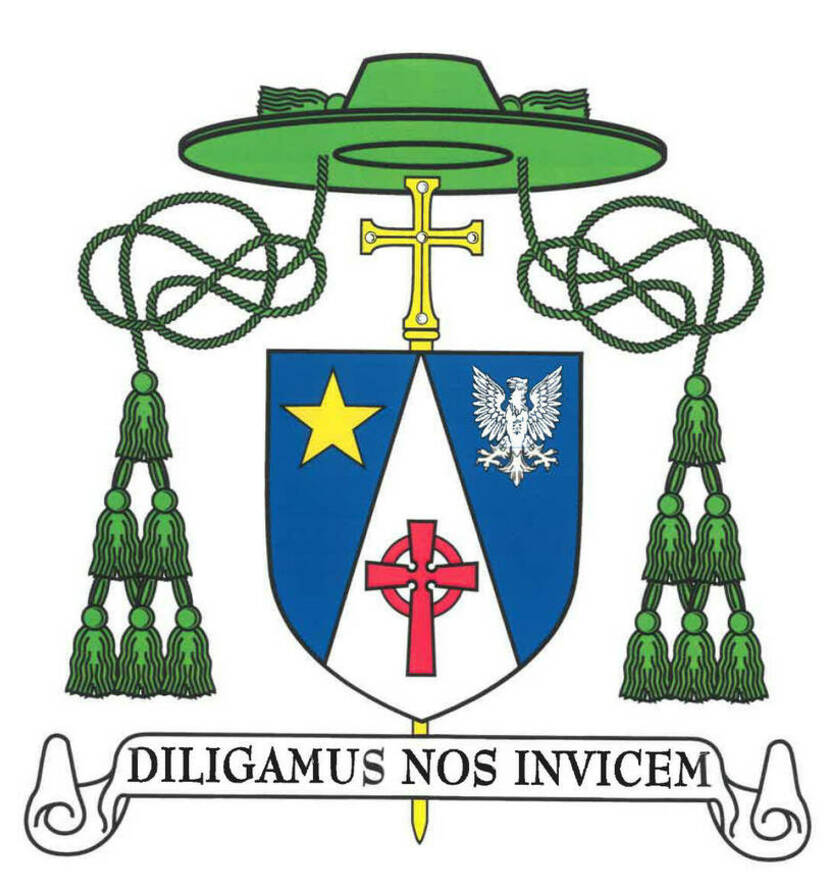 Let us love one another