When he saw the crowds, he went up the mountain, and after he had sat down, his disciples came to him. He began to teach them...(Matthew 5:1-2)

The Catholic Diocese of Cleveland was created on April 23, 1847 for 10,000 Catholics. In 1848 the first Seminary, St. Francis de Sales Seminary, was opened.  St. Francis de Sales Seminary was located at the residence of Bishop Rappe on E. 6th Street.  By the next year, the name was changed to St. Mary Seminary and a new location was established at E. 17th Street and Hamilton Avenue. 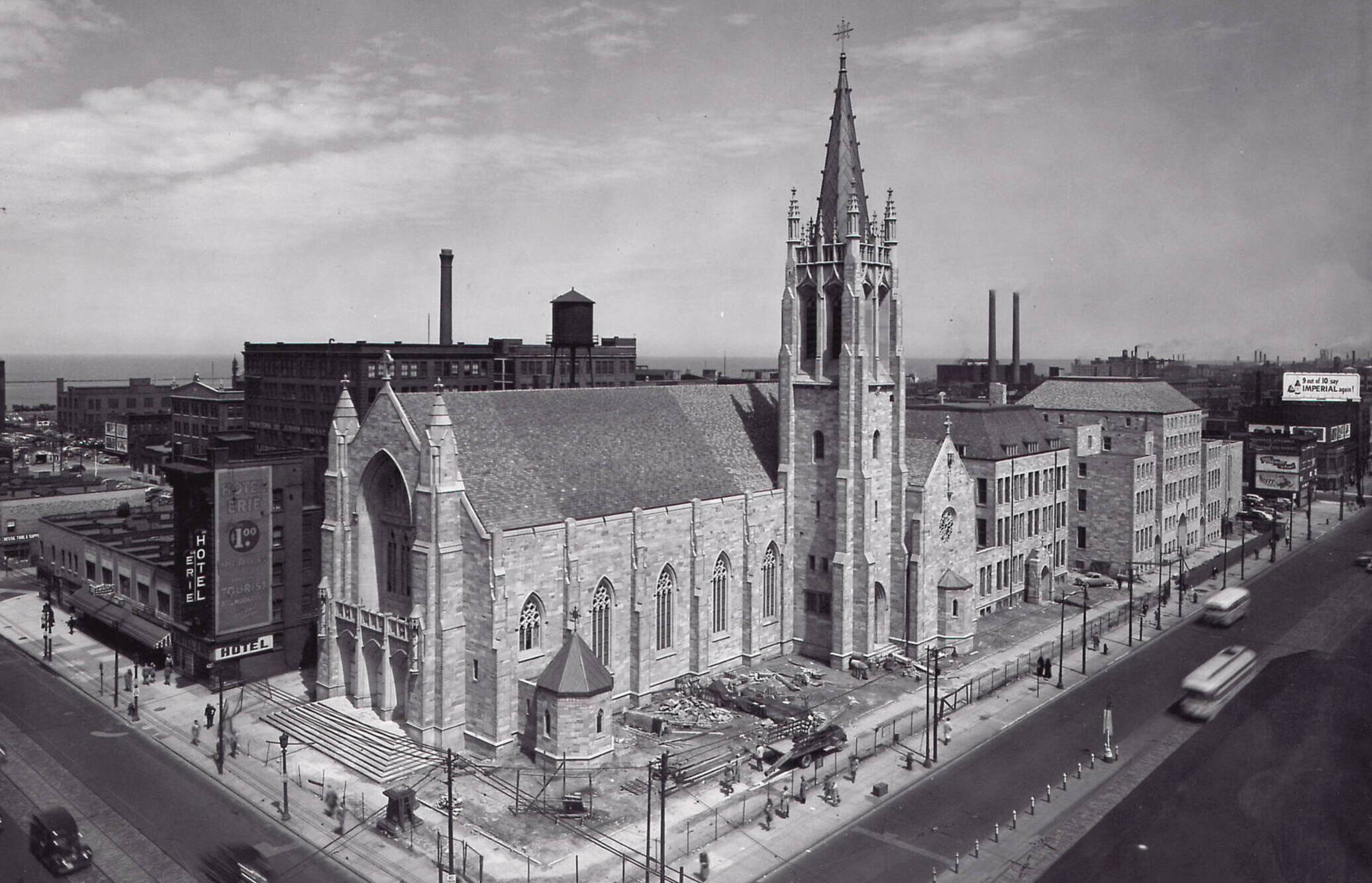 On November 19, 1848, the first priests to serve and support the diocese were ordained.

The Cathedral of St. John the Evangelist was constructed from 1848 until 1852 at the corner of Superior Avenue and Erie Street (now East 9th Street). It was dedicated on November 7, 1852.

In 1912, the first Catholic Charities office was opened at East 9th and Prospect.

In 1925, a new St. Mary Seminary was dedicated on Ansel Road in Cleveland.

From 1946 until 1948, the cathedral, along with adjacent diocesan buildings, were remodeled. The new cathedral was consecrated on September 4, 1948. In 1977 the sanctuary of the cathedral was renovated to bring it up-to-date with the liturgical changes from the Second Vatican Council.

On December 2, 1980, Sister Dorothy Kazel, O.S.U., and laywoman Jean Donovan, members of the diocesan mission team in El Salvador, along with two Maryknoll sisters; Sister Ita Ford, MM and Sister Maura Clark, MM were murdered by the military of El Salvador.  In spite of such violence and danger the mission team continued its pastoral work among the El Salvadorian people.

To learn more and for current statistics, click below to download the Catholic Diocese of Cleveland Fact Sheet.

Bishops of the Diocese

Please note the date of ministry in the Catholic Diocese of Cleveland is provided in parenthesis.

Cilck HERE to learn more about the Bishops of Cleveland.

Auxiliary Bishops of the Diocese

Please note the date of ministry in the Catholic Diocese of Cleveland is provided in parenthesis.

Historical data of the diocese is maintained by the Diocesan Archives department.

For questions on historical data or to obtain other information, visit the Archives page -or- here to submit a communication directly to an archives staff member.