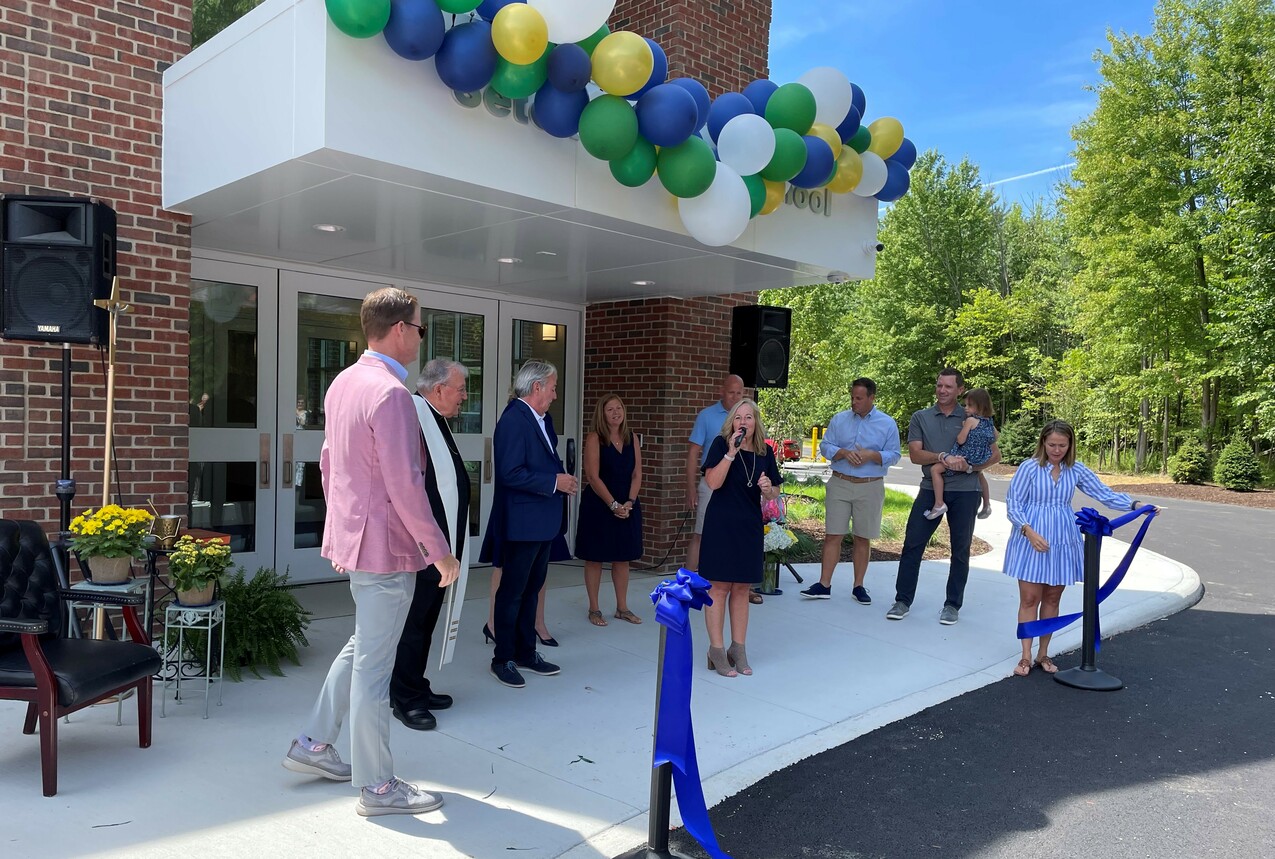 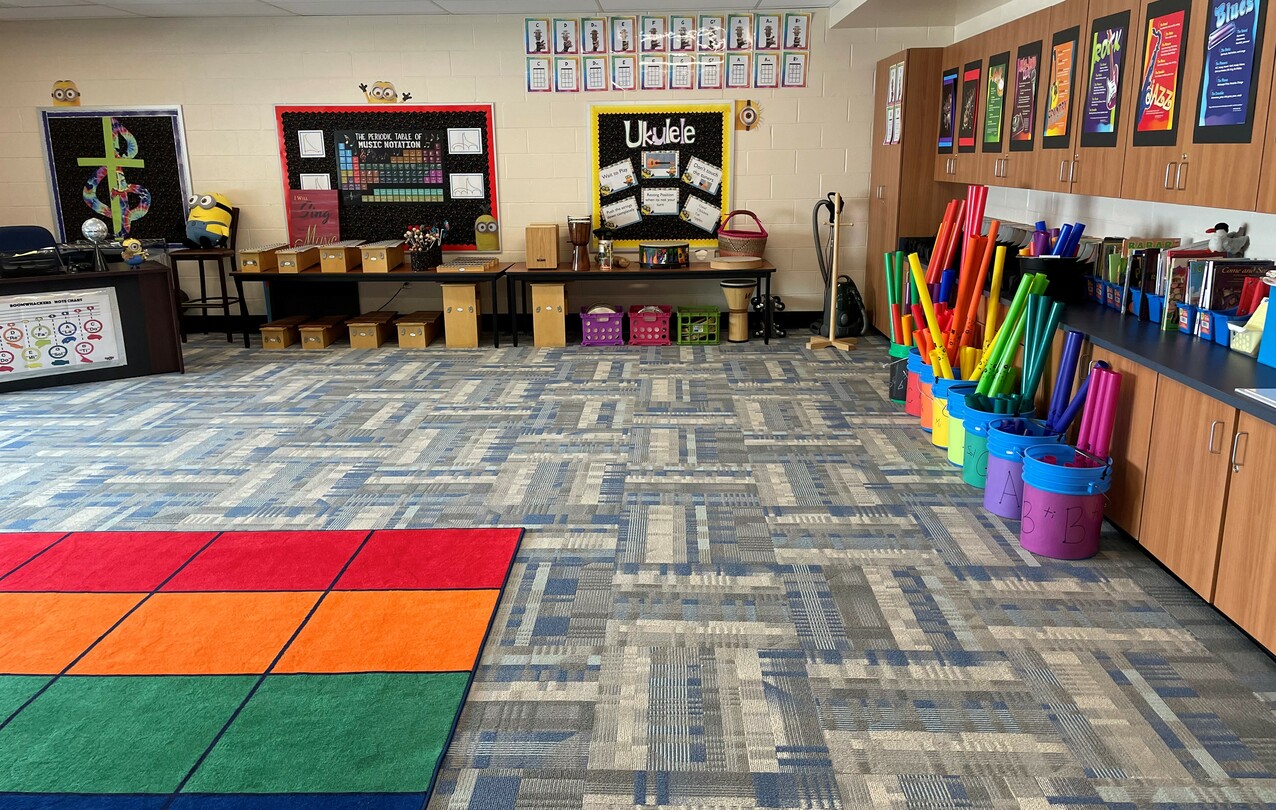 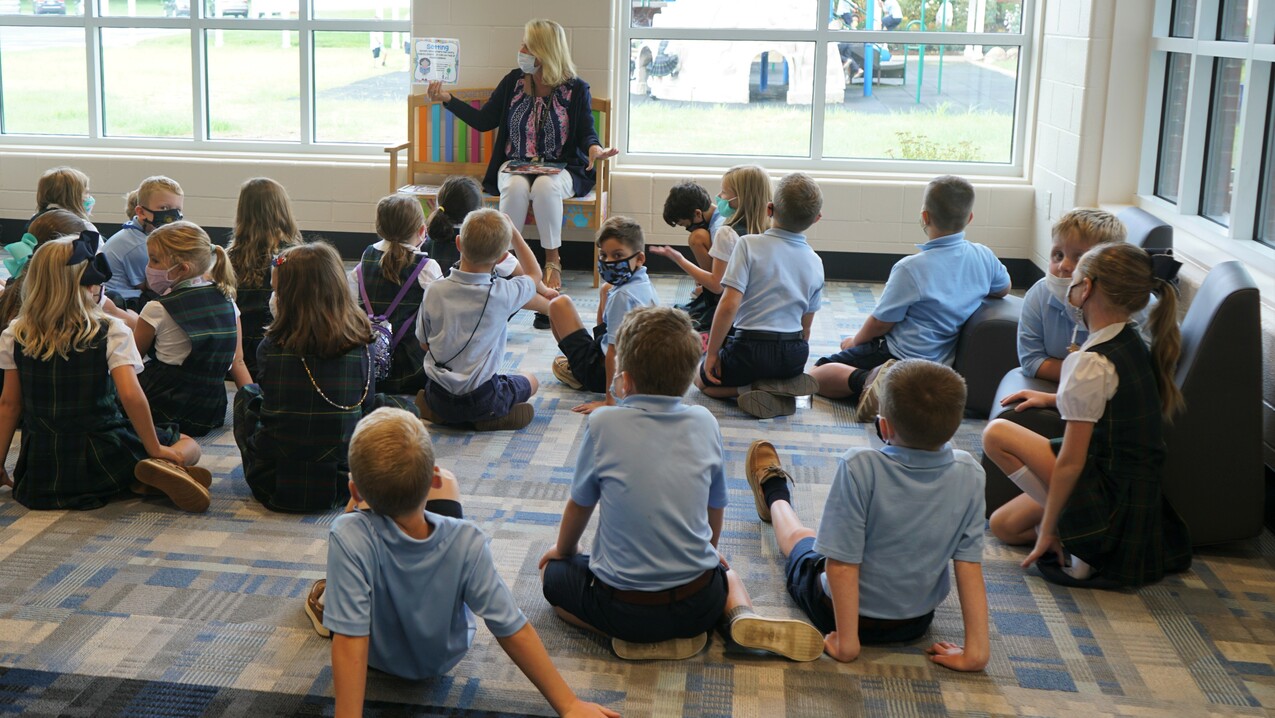 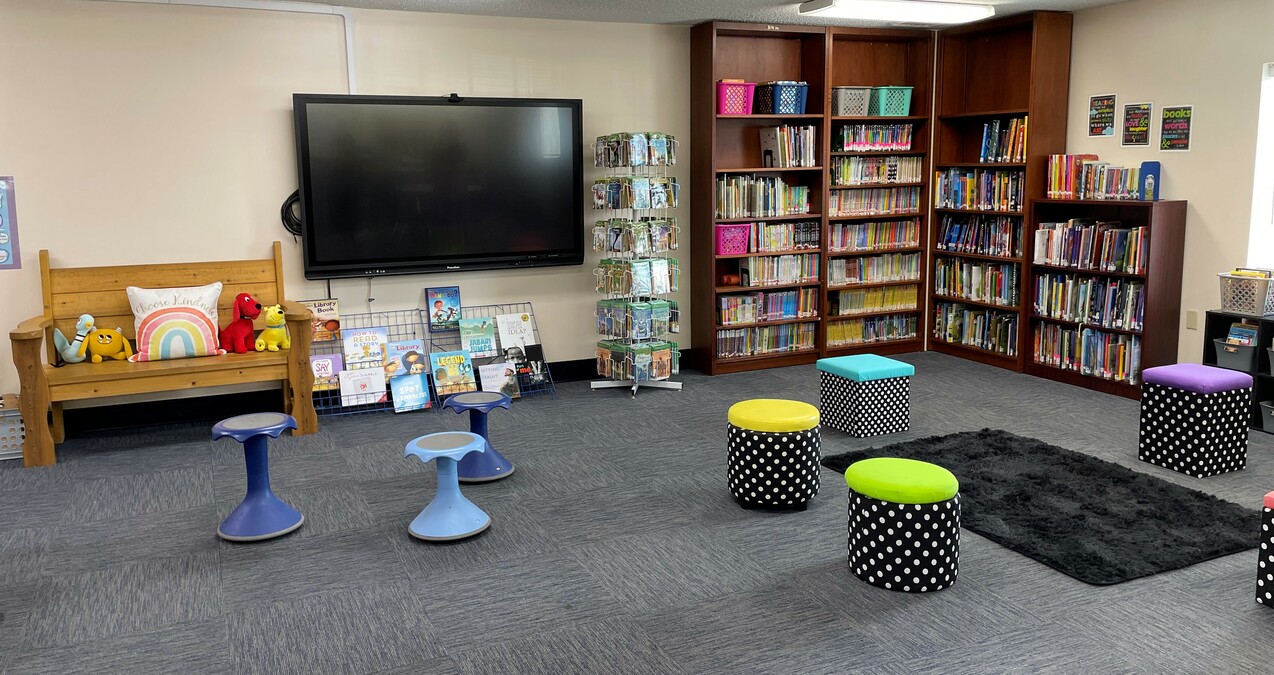 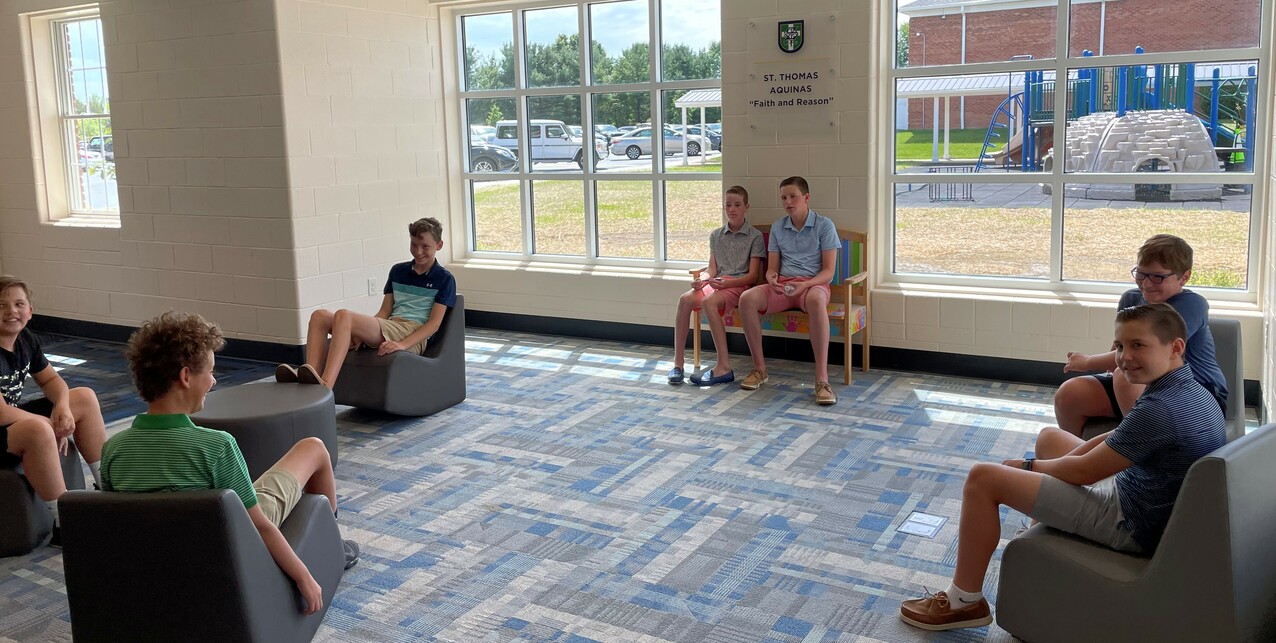 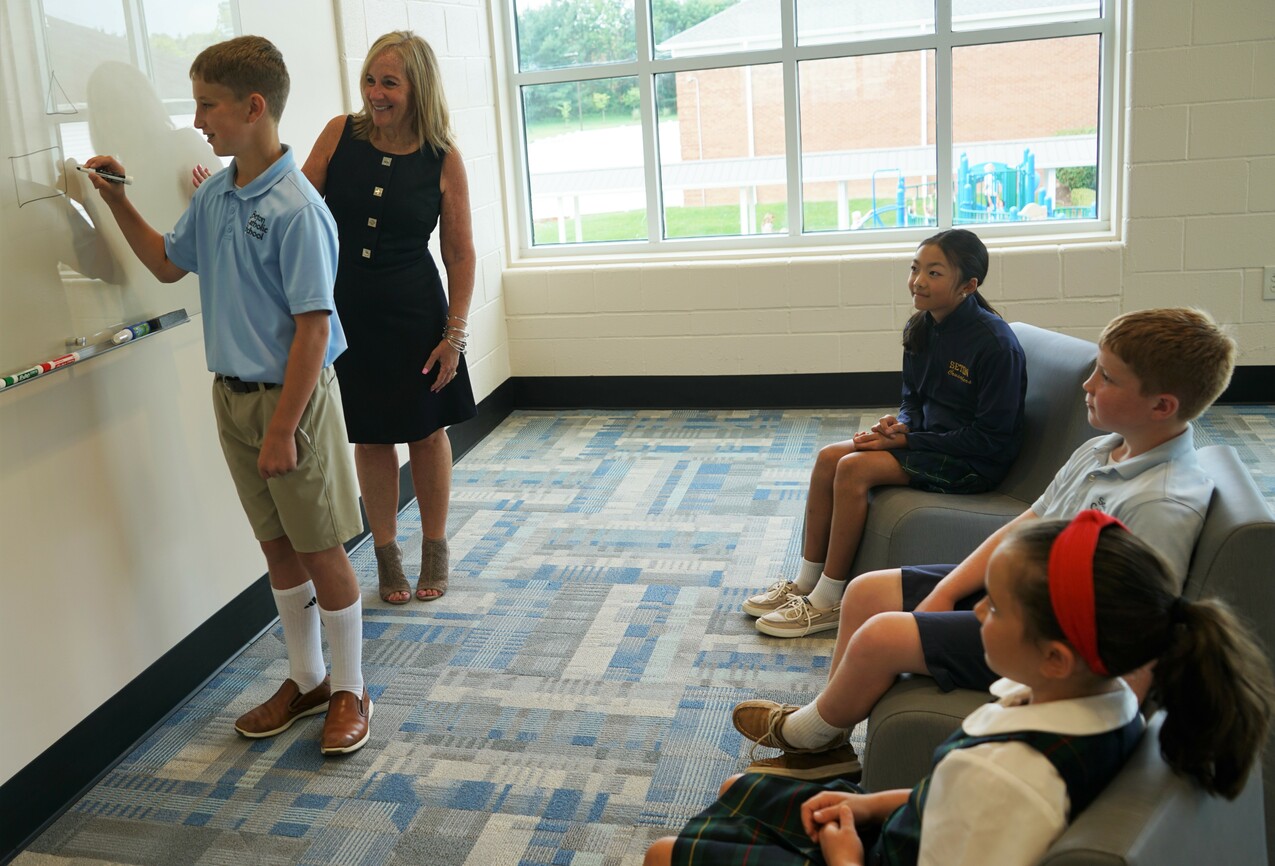 Auxiliary Bishop emeritus Roger Gries presided at the ribbon-cutting and blessing ceremony of the new Griffith Family Corridor on Aug. 15 at Seton Catholic School in Hudson.

The $4 million, two-story structure serves as a connector between the main classroom building and the Valentine Family Center, which opened in 2014. The Valentine Center has a full-size competition gymnasium, performing arts stage, meeting and office space and an outdoor classroom pavilion.

“It’s made a huge difference in our campus,” said Patricia Fritz, director of admissions and communication. “It brings everything together and completes our campus.”

The Griffith Family Corridor provides space for two classrooms each for grades three, four and five. It also houses advanced math and foreign language labs, collaborative space and resource rooms, including a literacy lab. An Innovation Center allowed the school to create a multi-media center with a TV studio for daily school announcements and space for podcasts. They also have a 3-D printer. STREAM (science, technology, reading, engineering, arts and math) activities can take place there and move into the computer lab, allowing space to have classes separately or combined.

Fritz said adding the Griffith Family Corridor freed up space for a pre-kindergarten class. About 20 students, ages 4-5, are in the inaugural class.

Seton Catholic was the vision of a group of parents near Hudson who were interested in expanding the limited options for Catholic elementary education in the community. After forming an exploratory committee and receiving approval from the Catholic Diocese of Cleveland, the school opened in 1997 with 83 students in K-6. Today there are 455 students in pre-kindergarten to eighth grade.

The school is named after St. Elizabeth Ann Seton, founder of the Sisters of Charity and patron saint of Catholic schools, children near death and those who were rejected for their Catholic faith. She was canonized on Sept. 14, 1975. Her statue, a gift from the class of 2006 and their families, graces the entryway to the school.