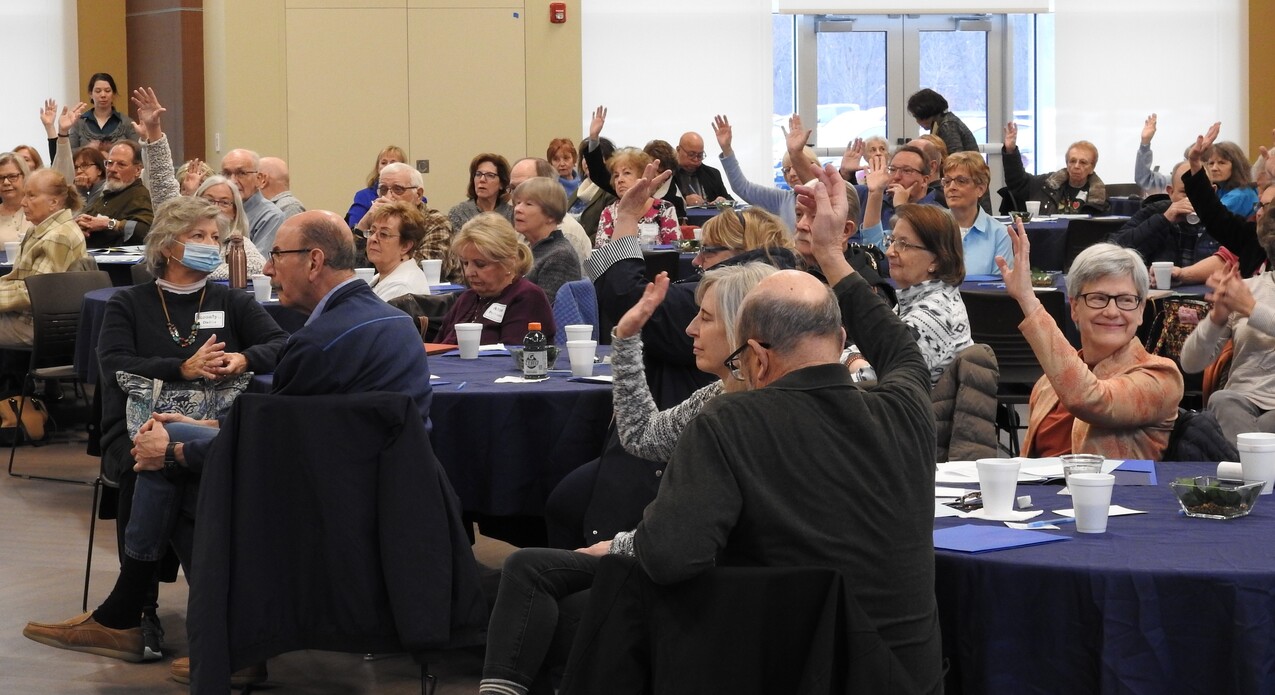 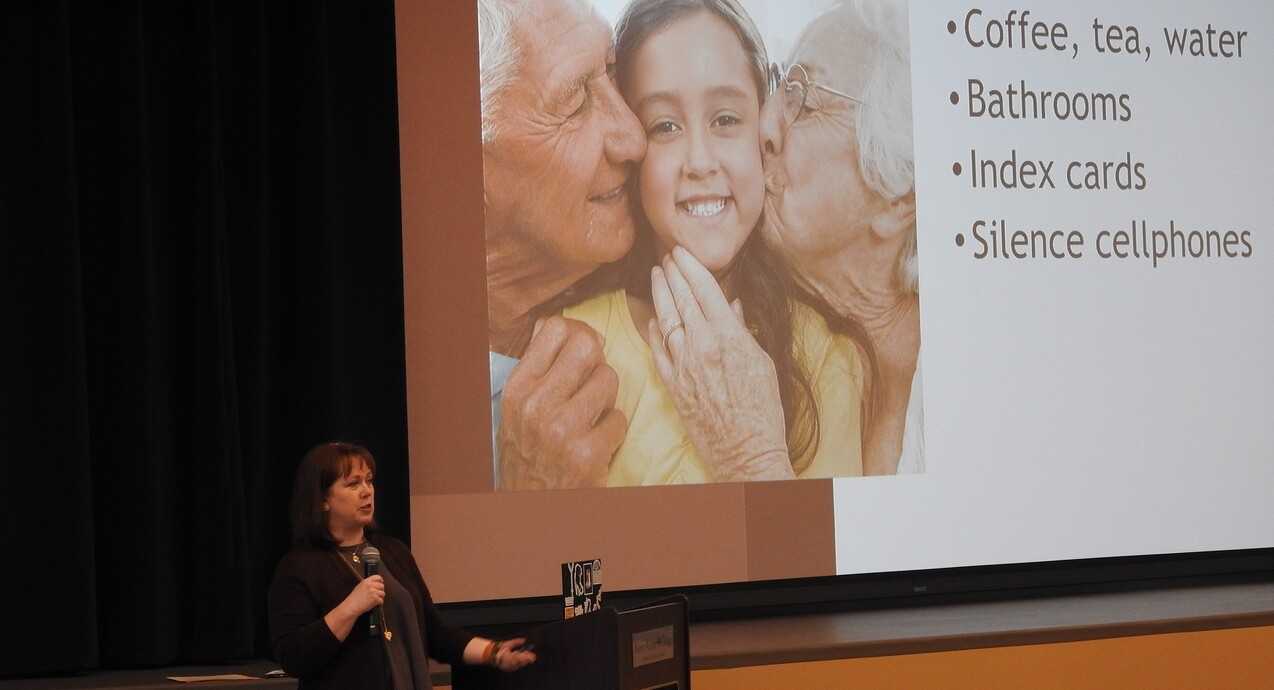 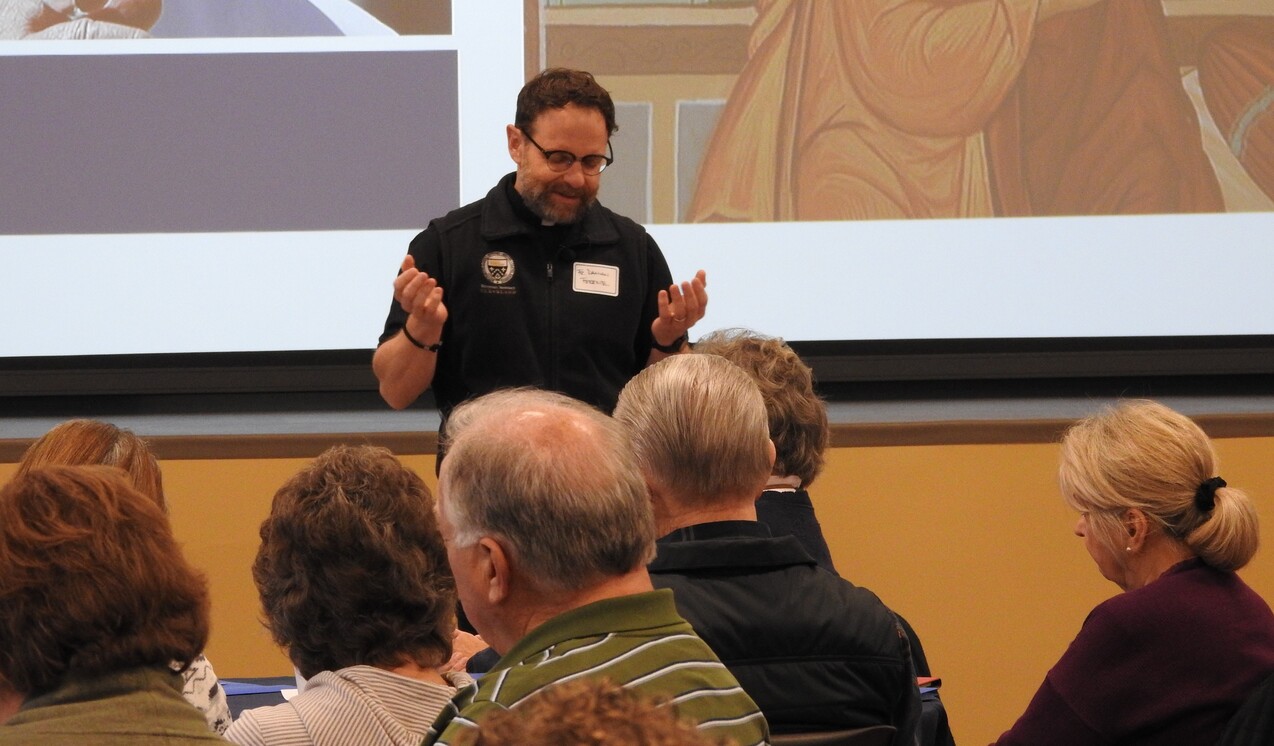 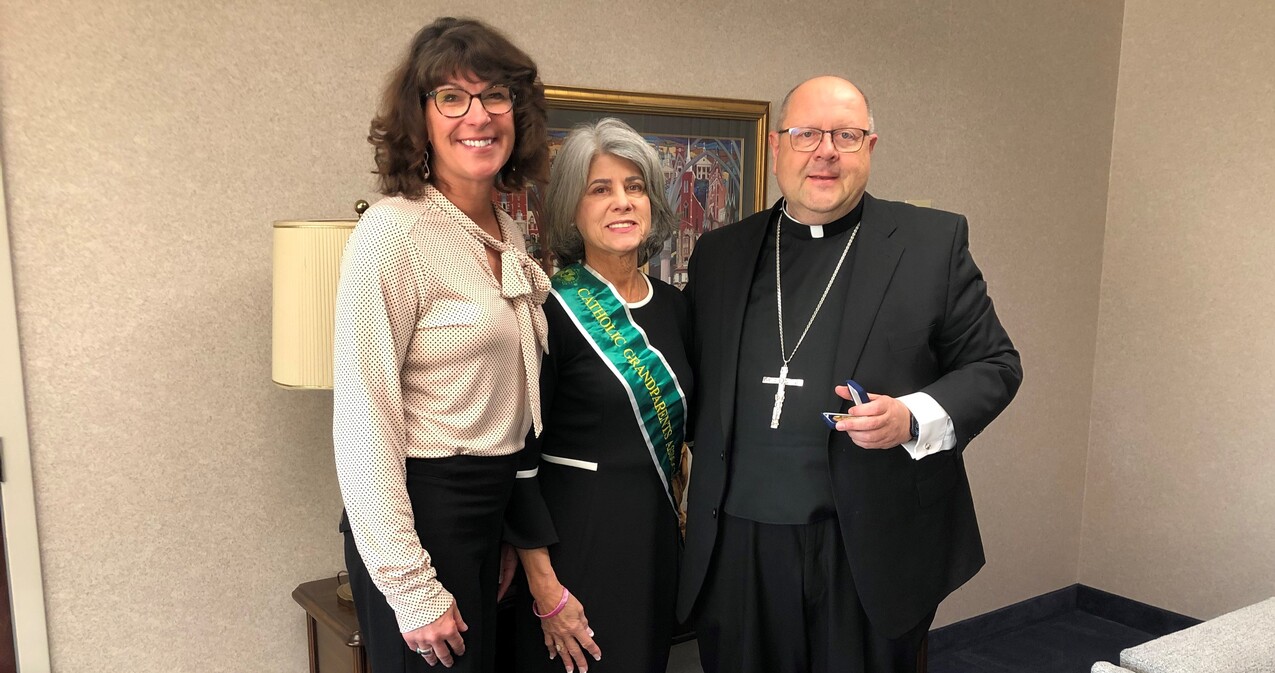 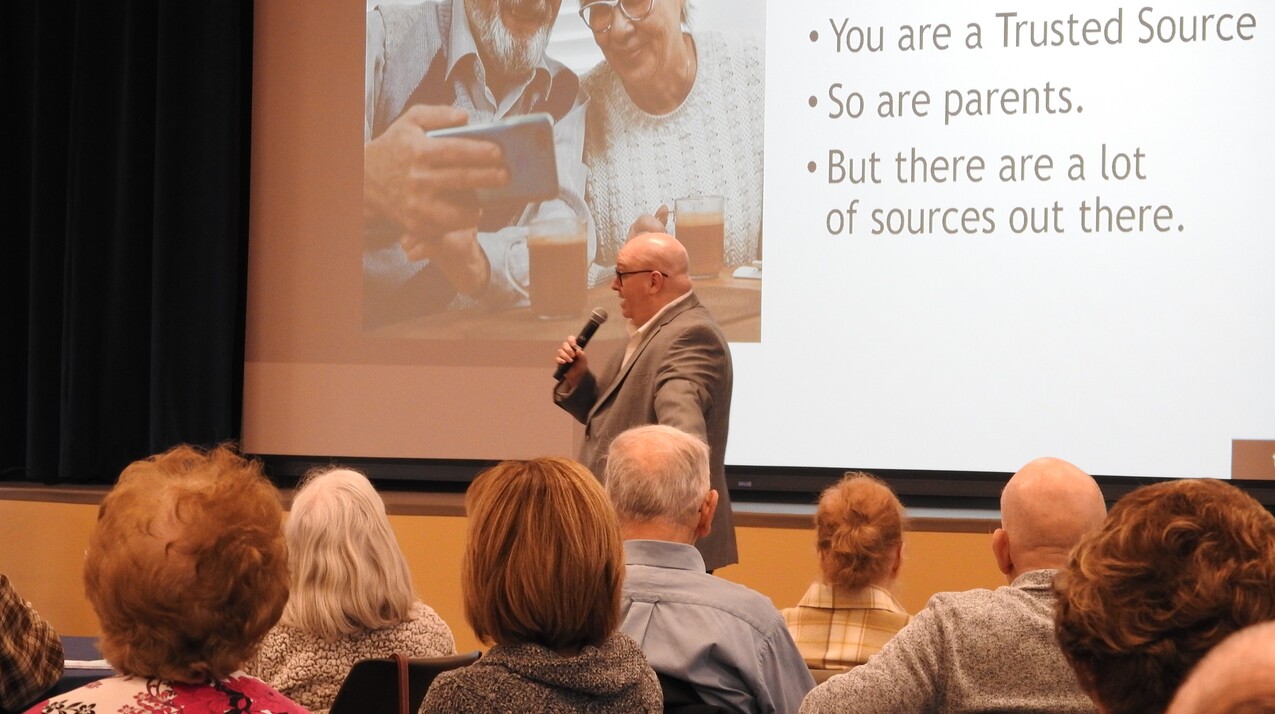 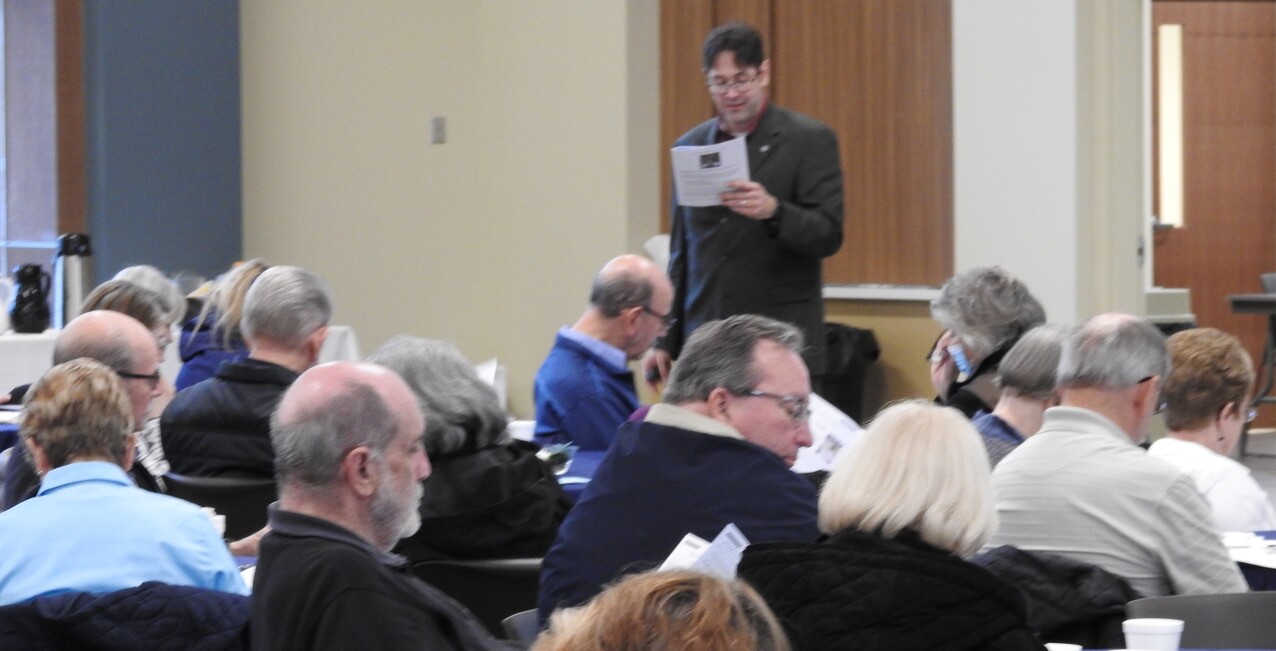 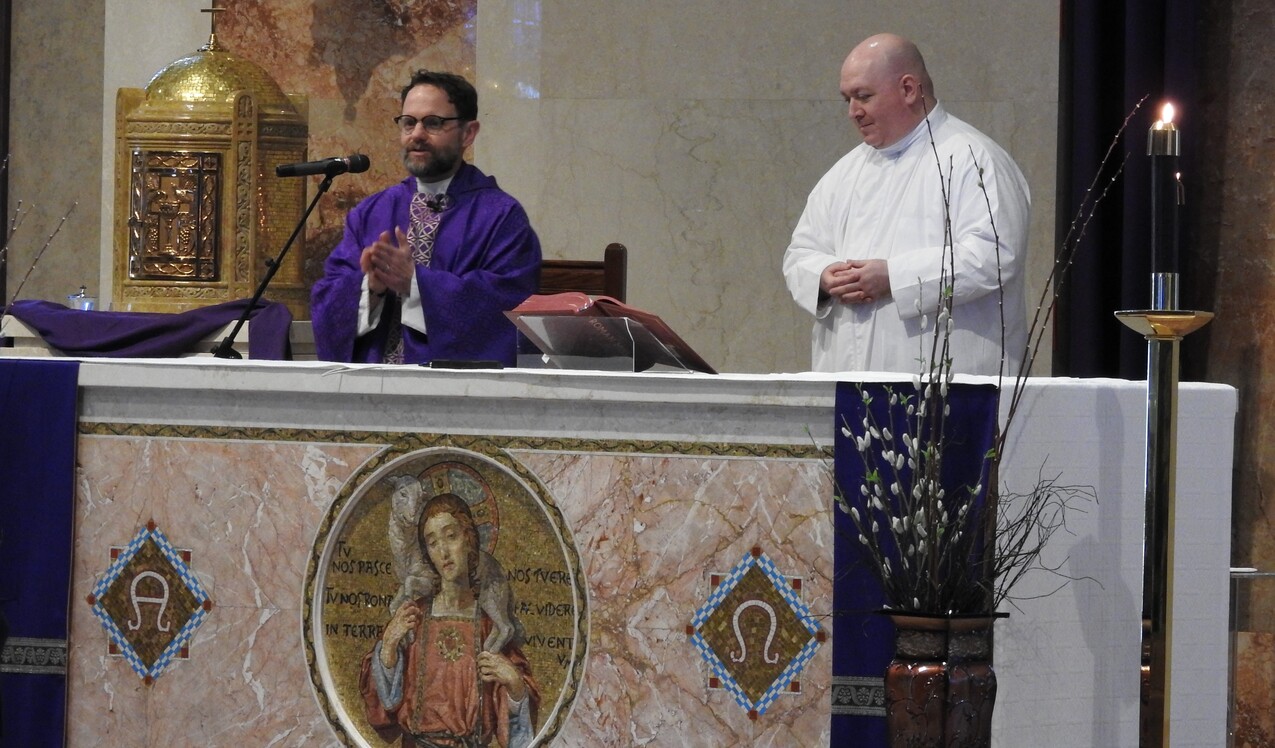 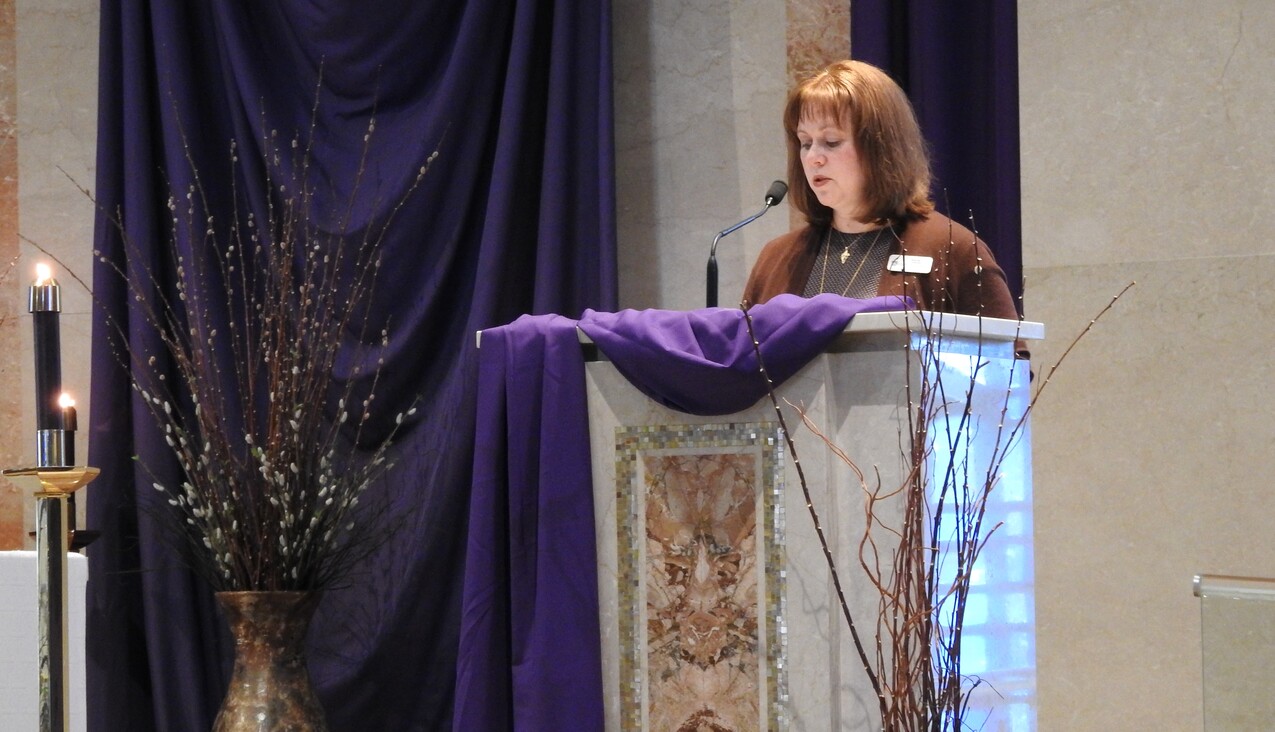 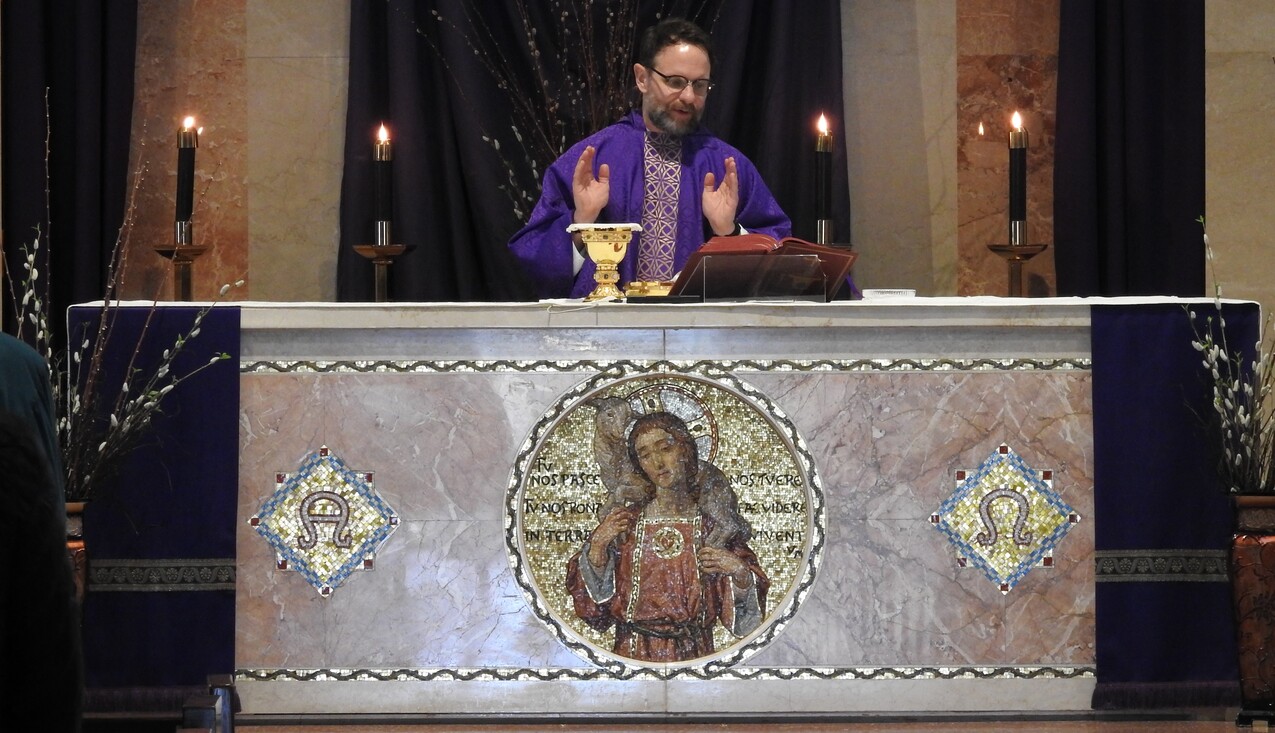 More than 400 people took advantage of the SS. Anne and Joachim Workshop offered by the Catholic Diocese of Cleveland. Grandparents were invited to attend one of the first four sessions presented by staff members of the Parish Life and Special Ministries Office. (See photo gallery above.)

The workshops, named after St. Anne and St. Joachim, the parents of the Blessed Mother and Jesus’ earthly grandparents, attracted the attention of EWTN and the Catholic Grandparents Association, an international group based in Ireland. Marilyn Henry, the organization’s representative in the United States, traveled from Texas to attend one of the sessions. She also stopped by the diocesan offices to present a commemoration medal to Bishop Edward Malesic and Father Damian Ference, vicar for evangelization and secretary for parish life and special ministries.

EWTN TV also attended the April 4 workshop to record segments for use on a future “EWTN News in Depth” show. Terri Yohman, director of the Marriage and Family Ministry Office a workshop coordinator, said the crew spent the day recording and doing interviews. The show is expected to air in late April.

Francine Costantini, director of the Youth Ministry Office, welcomed attendees and provided an overview of the day.

Father Ference spent about a half hour discussing Pope Francis’ July 2021 message for the first World Day for Grandparents and the Elderly. The pope encouraged grandparents to be involved in the lives of their grandchildren, including their faith lives. He called their prayer “a very precious resource” and something the Church needs.

“Especially in these difficult times for our human family, as we continue to sail in the same boat across the stormy sea of the pandemic, your intercession for the world and for the Church has great value: it inspires in everyone the serene trust that we will soon come to shore,” the pope wrote. He also encouraged them to repeat to all, especially that “I am with you always. Keep moving forward.”

Costantini and Mike Hayes, director of the Young Adult Ministry Office, spoke on understanding your grandchildren from their offices' perspectives.

Costantini shared a recent Springtide Research report that reveals how most young people don’t trust institutions, including the Church. They also are a lonely generation, with about 20% saying they don’t have someone in their lives who cares about them. Grandparents can fill that “trusted person” role, she said. In addition, they identify as spiritual, so it is important to ensure they have the ability to attend a Catholic camp or retreat. Many young people say adoration and reconciliation are the best parts of these experiences.

“It’s important to love them, spend time with them, listen to them and learn what’s important to them,” Costantini said. Helping to finance a Catholic camp or retreat experience is another way grandparents can help pass on the faith.

Hayes also shared some statistics that show young adults trust their friends more often than others, with someone from the family, school, no one, a member of their faith community, someone from work and members of a club, team or activity rounding out the list.

“They are more apt to trust someone they know,” he said.

Hayes noted that we live in a world of uncertainty, much of it caused by traumatic world and personal events such as the pandemic, war, domestic terrorism, school shootings, natural disasters, economic uncertainty, the sexual abuse crisis and polarization. Personal events include the transition to college and/or work, rising costs that add to a lack of affordability for college, marriage, divorce and death, mental health issues and inability to discern how to make the right choices.

He encouraged grandparents to be flexible, to ask the young people what they want to pray about. It’s also important to involve their adult children, who act as the gatekeepers to the grandchildren.

Miguel Chavez, director of the Office of Missionary Discipleship, discussed telling your story. He reminded workshop attendees that as missionary disciples, “We are roving storytellers who captivate hearts to Christ by sharing in word and deed the greatest love story in the history of the world.” He also stressed the importance of having a posture of joy by staying connected to Christ, not taking ourselves too seriously and taking seriously the important work of play and imagination in our walk with Christ.

Chavez also shared resources with the group, including a workbook he created that featured cover art done by his 10-year-old daughter.

Yohman shared tips for passing on the faith, explaining from the perspective of a grandparent that it’s very different than being a parent. “It really takes a village to raise a child,” she said. Yohman suggested using “extravagant affection” for grandchildren. She said it’s also important to prioritize family time. “Instead of splitting up duties when cleaning the house, work together and tackle one area together,” she suggested.

“Think of yourself as a museum of faith, a curator of faith,” Hayes added.

During his homily at the closing Mass, Father Ference emphasized the importance of change, noting that something has to become something else. At Mass, bread and wine – before the consecration – become the body and blood of Jesus through transubstantiation.

“Jesus will be present on the altar and will come to us. He wants to give all he has to us and then we go out to the world and share that,” he said, noting we are told to “Go in Peace” and to “Go and announce the Gospel” at the end of Mass.

“That’s when they might finally realize why their grandparents did what they did. Don’t give up. Live boldly and faithfully,” he said, adding the workshop was like a retreat. “Allow it to form you again.”

Yohman said plans are in the works to offer another workshop later in the year. The program also will be translated for presentation to the Hispanic community.